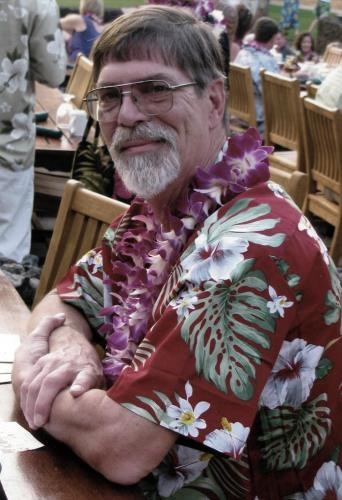 Stuart Lee Barnes, son of the late Joe and Beverly Barnes, passed away November 13, 2021, age 71, in Edmonds, WA. Stuart was born on June 15, 1950 in Rice Lake, WI and had a traveled life being in a military family; living everywhere from Wisconsin to Washington, to California, Florida and London. Eventually, Washington State became home, where he attended Cascade HS and graduated in 1968. After graduating, Stuart served in the army for 2 years from 1971-1973. After an honorable discharge in 1973, he continued his education and received his degree from Central Washington University. After college, Stuart went on to work at Boeing for more than 20 years, under many different titles, and retired as an accomplished procurement agent.

Some of Stuart's greatest passions were all things outdoors from hunting, fishing, camping, hiking and skiing, which he shared with his wife and children. Stuart and Susan were married in May of 1982. Stuart was a dedicated husband to his wife Susan for 32 years, a father of 3, and a grandfather of 3. Stuart will be remembered as a continuous supporter and coach to his family, and a genuinely kind man whose love and generosity knows no bounds. He will also be remembered by his 45 minutes lectures when his kids misbehaved, ripping into spam callers and keeping them on the phone for a half hour because they called at dinner time, and being stubborn AF.

Stuart's life will be celebrated on Friday November 26, 2021 at Beck's Tribute Center at 11am in Edmonds, WA, and immediately followed by a graveside service at Beck's Restlawn Cemetery at 1pm.

June 15, 1950 - November 13, 2021
Published by The Herald (Everett) from Nov. 21 to Nov. 22, 2021.
To plant trees in memory, please visit the Sympathy Store.
MEMORIAL EVENTS
Nov
26
Celebration of Life
11:00a.m.
Beck's Tribute Center
405 5TH AVE S, EDMONDS, WA
Nov
26
Graveside service
1:00p.m.
Beck's Restlawn Cemetery
WA
Funeral services provided by:
Beck's Tribute Center
MAKE A DONATION
MEMORIES & CONDOLENCES
3 Entries
Dear Gabe, Rhonda, Bryan and families, We are so saddened to hear of Stuart's passing. Stuart was always welcoming with a warm hug and so enjoyed watching you kids and cousins interacting during family gatherings. He was defiantly very proud of his kids. Sending up prayers to ease your sorrow, our condolences to you all.
Uncle Doug & Aunt Robin Meek
Family
November 26, 2021
Stuart always had a joke or story. He gave great hugs and was fun to hang around when sippin' a cocktail. Or 2. Or 3. lol. I will always remember his smile, laughter and kind heart. My condolences to the entire Barnes family. He will really be missed.-Misti
Misti S Hlavacek
Friend
November 21, 2021
I worked at Boeing and knew Stuart. He was a nice person and I am sorry to read about his loss. My sincere condolences to all his family and friends. Rest in Peace my friend.
Brian Ogden
Work
November 21, 2021
Showing 1 - 3 of 3 results