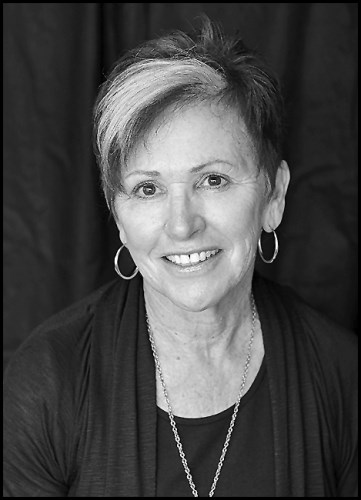 After a courageous battle with cancer, Vervia Gabriel-Knowles died on May 17, 2015 at her home in Granite Falls, Wash. Her daughter, Kim was by her side. Vervia was born January 20, 1945 in Burbank, Calif. to Albert and Audree Beman. The family moved to Oregon in 1947, where Vervia grew up. In 1964 she moved to Los Angeles to live with her grandmother, Vervia Kidson, whom she loved and admired. Vervia earned degrees and certifications from the University of California at Santa Barbara, University of Washington and Western Washington University. Vervia dedicated her professional life to public education for thirty-one years. She joined the Granite Falls School District in 1999 and served as a Director for Special Programs, Human Resources, Business and Operations, and Career and Technical Education. She was particularly proud of being a founding member of the High School Eco Team. Her grant writing skills and support helped put Granite Falls' students on the international stage and prepared them for acceptance at some of the most prestigious universities in the nation. Prior to retiring in 2011, Vervia was the Assistant Superintendent of the Granite Falls School District. Vervia remained highly involved in the Granite Falls community and served as an officer and board member for numerous non-profit organizations. She became a co-owner of the Mountain Loop Express, a local online newspaper upon retirement. Reporting local news was one of her passions and she considered it her primary responsibility to the community. Vervia is survived by her daughter, Kim Delma (Jeff); partner, Kevin Knowles; brothers, Greg Beman (Nancy) and Ron Beman; closest friends, Carol and Bridgette; and her beloved herding dogs, Abby and Jake. Friends and family are invited to attend a celebration of Vervia's life on May 30, 2015 at 2:00 p.m. in the Granite Falls High School Performing Arts Center. In lieu of flowers, donations may be made to the Vervia Gabriel Memorial Scholarship; c/o Granite Falls School District, 205 N Alder Ave.; Granite Falls, WA 98252 or to Providence Hospice and Home Care Foundation of Snohomish County.