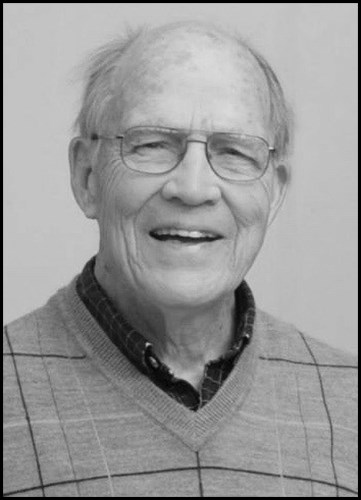 May 23, 1922 - April 24, 2018 William Bates, long-time weekly newspaper editor and publisher, died April 24, 2018. Bates wrote eloquently and humorously about Snohomish, WA, the town he loved, and as a member of the several boards and foundations, he served the town he loved. He was a writer, book publisher, mountaineer, gardener, marathoner, fly fisherman, occasional beekeeper, poet, mentor to many, forever curious, and kind. Bates was born on May 23, 1922 in Sioux Falls, South Dakota to Chester and Anne Bates. The Bates family moved to Seattle in the late 1920s where Bill attended Garfield High School and had the honor of being struck out by Fred Hutchinson on three straight fastballs. Bates entered the University of Washington in 1940 and after the outbreak of World War II joined the Army Air Corps; he was a bombardier. Bill returned to the UW in 1945, changed his major from forestry to journalism and was named the summer editor of The Daily. Embarking on a career in journalism, Bates moved to the Tri-Cities to take a job on the Tri-City Herald as a sports writer. He shared a desk with a society writer, Barbara Smith, and within a year they were married. Theirs was a 70-year love affair. In 1950 Bates, his wife and infant son, moved to Snohomish to take a position at the Snohomish Tribune. In 1956 when publisher Thomas Dobbs died, Bates, Willis Tucker, and Don Berry, bought the paper. During the next 15 years, Bill won numerous awards for his writing and photography and served as president of the WNPA (Washington Newspaper Publishers Association). In 1962 the State Department contacted Bates about a journalist exchange program. As a result, he traveled to Europe for a month and for several years hosted journalists from such far-flung places as Italy, Germany, Ecuador, and Nepal. In 1969 Bill and Ed Wise expanded the Tribune plant, added an off-set press, and The Snohomish Publishing Company was born. When he sold his interest in Snohomish Publishing in 1983, Bates took a breath and then founded Alpenbooks, which for a time was one of the largest wholesale outdoor book distributors in the country. Cloud Cap Press, his imprint, published the works of Everest climbers John Barry, Adrian Burgess, Reinhold Messner, and the British outdoor writer, Walt Unsworth. In retirement Bill Bates was never idle, serving on the Snohomish School Board, the planning commission, the Friends of Blackman Lake, and the Carnegie Foundation. He took up biking, and he cycled through Europe and the Northwest with Bob Shaw, Don Kusler, and Ralph Davis. He also tackled the mountain bike leg on his son's Sea-to-Ski team for several years, making his last ride at age 85. And he climbed mountains. Bill Bates explored the remote reaches of the North Cascades, reaching the summits of over 100 peaks in the North Cascades, including all five Washington volcanos. Bill and Barbara Bates' home was a welcoming place for people of all generations, from all parts of the world. To sit around the Bates' dining room or kitchen tables was to be treated to great stories, sublime puns and always laughter. In a quiet way Bill Bates left an indelible mark on the town of Snohomish, and in the hearts of so many people. Bill is preceded in death by his parents, Chester and Anne Bates; and his sister, Betty Compton. Bill is survived by his wife of 69 years, Barbara; their four children, Malcolm (Carol), Stuart (Barbara), Andrew (David), Lizabeth Farrell (Mark); nine grandchildren, Rosalie Bates, Isabella Bates, Evan Bates (Amy), Sara Bates, Hannah Farrell, Katie Farrell, Joseph Farrell, Emmy Farrell, Kristen Farrell; and one great-grandchild, Redford Bates. Bill is survived by his sister, Peggy Crosgrove, and numerous nieces and nephews. A celebration of his life will be held at St. John's Episcopal Church, 913 2nd St., Snohomish on Saturday, May 5, 2018 at 1:00 p.m., with a reception immediately following. Donations can be made in his name to St. John's and the Snohomish Education Foundation.

Published by The Herald (Everett) on Apr. 29, 2018.
To plant trees in memory, please visit the Sympathy Store.
MEMORIAL EVENTS
May
5
Memorial Gathering
WA
May
5
Celebration of Life
1:00p.m.
St. John's Episcopal Church
913 2nd St., Snohomish , WA
MAKE A DONATION
MEMORIES & CONDOLENCES
13 Entries
Billy & Barb Bates....we love you!!
Thank goodness we had just seen you two at Haggens. What awesome neighbors, warm and funny, I just can't say enough. These two met in my hometown!!!
:•[
"Missin' ya across the street on B"
KRISTI & DON GRAVELET-BLONDIN
May 8, 2018
As a next block neighbor, I remember Bill and Barbara hosting the neighborhood block watch parties in their Avenue A backyard. Those were graciously hosted events...and it never rained.

I would frequently see Bill out weeding on Avenue A, when I was walking our dog. He always greeted us, had a smile, shared some chat, then got back to work. We miss him in our presence.
Jan Lengenfelder
May 5, 2018
Sympathies to the Bates family. Bill was a great man. Glenn and Heidi Carter
May 3, 2018
What a man. What a friend. He was the definition of a renaissance man. I am sorry for Barbara's loss as well as the loss to the Snohomish community.
Bruce Keithly
May 3, 2018
Growing up our family always read the thought provoking bb column and discussed it. My heart goes out to you Andy and your family over your loss.

Carol Foss
May 2, 2018
I remember Bill Bates as opening up the Tribune Newsroom to a class of 8th grade students learning how to write a student newspaper back in 1974-75. Always loved his ariticles, and still feel connected to Snohomish because of the Tribune. Thank you Bates family for sharing Bill with us.
Haven Borgias
May 2, 2018
So sorry to hear about Bill he was a great
Guy and it seems he had a wonderful busy life. We use to live close
To Barb and Bill. I babysat for them and there 4 kids . I live in Az now but I did see
Them in Snohomish two years ago.
Karen Reading Russell
May 1, 2018
Anita & John Lewis
May 1, 2018
My deep sympathy to all the Bates family. William was a Snohomish treasure.
Deborah Peterson Milne
April 30, 2018
I was one of the many lucky nieces and nephews to have this amazing man as my uncle. He had a big and generous spirit that made us all better people by being with him. There are so many great memories with him--all chock-full of love and laughter.
Molly Pavia
April 30, 2018
I WORKED FOR BILL FOR 7 YRS. AT SNOHOMISH PUB.WHAT A WONDERFUL MAN HE WAS.THE WORLD NEEDS MORE PEOPLE LIKE BILL. ALL THE POSITIVE EMPLOYEE BENEFITS CAME FROM HIM. STILL HAVE THE LETTER HE GAVE ME WHEN I RETIRED. THANKS, BILL. GLAD I GOT TO KNOW YOU.RIP. BUDDY ROGERS.
BUDDY ROGERS
April 29, 2018
Bill will be sadly missed by all, whos a good friend to all. If their mountains in heaven, I know he is sitting on top of one,with his legs dangling over the edge, looking for his next conquest...
Dawn-Alex Wheatley
Friend
April 29, 2018
So sorry to hear of Bill's passing. I have vivid memories of his humor, his poems and roof-top moss clearing in his climbing harness. May my grandsons (his great great nephews) become men like him.
Janet Duvardo
April 29, 2018
Showing 1 - 13 of 13 results