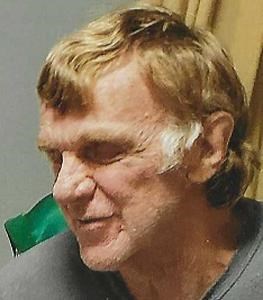 BORN
1944
DIED
2020
FUNERAL HOME
Pocasset Memorial Funeral Home
462 Main Road
Tiverton, RI
David L. Geary, 75, of Portsmuth, R. I., went home to be with the Lord on January 9, 2020. He was the husband of Elizabeth (Betty Souza) Geary and resided in Portsmouth, R.I. since 1972. He leaves a brother Robert Geary of Newport and was the brother of the late James Geary. He also leaves a niece Elizabeth Geary Hyder of Tiverton. Born in Newport, R.I., where he was raised, he was the son of the late Anne (Cinalli) and Richard Geary. He graduated from Rogers High School in 1962 and entered the US Air Force in 1966. He worked and retired from Newport Naval Base from 1978 to 2003. He volunteered with his wife Betty at Horizons food shares for homeless children and they teamed up with serving at his church, New Hope Christian Church in Swansea, Mass. They taught Sunday School 3rd and 4th grades. He did food share for the elderly at Martin Ct in Swansea with Lighthouse Ministry in Fall River. He enjoyed working with children and drove the truck for Sidewalk Sunday School with his church team, and was active in helping with over flow shelters for the homeless. Visitation Tuesday from 5 to 8 p.m. at the Pocasset Memorial Funeral Home, 462 Main Rd., Tiverton, RI. www.almeida-pocasset.com. A farewell memorial service will be held on a day and time at the New Hope Church, 1436 GAR Highway, Swansea, MA to be announced at the funeral home. In lieu of flowers, donations to New Hope Church Missions Outreach, c/o Dr Tom Mancini. Donations to the church also accepted.
Published by The Herald News on Jan. 13, 2020.
To plant trees in memory, please visit the Sympathy Store.
MEMORIAL EVENTS
Jan
14
Visitation
5:00p.m. - 8:00p.m.
Pocasset Memorial Funeral Home
462 Main Road, Tiverton, RI
Funeral services provided by:
Pocasset Memorial Funeral Home
MAKE A DONATION
MEMORIES & CONDOLENCES
19 Entries
So sorry.
Jim Lipe
November 12, 2021
Betty, so sorry for your loss .
norma
January 29, 2020
What a special soulmate you two had with each other. And the years that you probably travel and have many memories to share. Something special that you will always . But yes it was time that God needed your beloved David home and he needed to rest. But that kind of love remine forever. God bless you Sister Betty Geary I love you and I know God will provide for you.
Jerry Aronson
Sister
January 29, 2020
David and his brother Bobby were my first two playmates in Newport when I was a child. His mother Anne was my mother's best friend and maid of honor at her wedding. I remember building towers out of playing cards at their home when I was 4 years old. Didn't see him after we moved away but remember the fun as a child with his family.
Edward Waddell
January 26, 2020
May he rest in peace and he will always be loved.
Nancy Costa
January 16, 2020
Betty, so sorry for your loss. He was a great warrior for the Lord and is now in the arms of his Savior. Always remember the love and memories he left behind.
Randy and Karen Owen
January 15, 2020
What a wonderful man you were here on earth. Thank you for teaching Abby how to shoot hoops!
Nancy Luongofielding
Friend
January 14, 2020
May God bless you and your family in this time of sorrow.
Judi McDonald
Friend
January 14, 2020
Very sorry to hear of his passing. He is with our Lord now. He was a shining light to all that met him. Blessings and condolences to all who he has left behind.
Faith Scallion
January 14, 2020
So sorry to hear that David went home to be with the Lord, my love and prayers go out to you Betty and your family.
Maria Natalia Wagner
January 13, 2020
Dave was a kind and gentle man so easy to talk to. I will miss that smile and hug he would always give me on Sunday. I will see you again my friend. Praying for the Lords peace and comfort for you Betty.
Frank Crofton
January 13, 2020
David was a wonderful servant of God.
The Father welcomed him home, with His arms open wide.
Until we all meet again,
Will and Elaine Pelchat
Elaine Pelchat
Friend
January 13, 2020
Betty so sorry for your loss
Kelly Ouellette
January 13, 2020
Our loss, heaven's gain. Praying for Betty. So sorry for your loss. Sending hugs.
Sue Tetreault
Friend
January 13, 2020
This Guest Book is dedicated to the memory of those we serve and their loved ones.
The Staff of Pocasset-Memorial Funeral Home
January 13, 2020
David was a great man, and extraordinary servant of God. I loved to share stories and he always found a way to get me motivated and fired-up. He was a mentor to me. I will miss my brother very, and will be looking forward to seeing and again in HEAVEN. Betty I am praying for you, and I love you.
Brian Belanger
Acquaintance
January 12, 2020
Dear Betty, I know this is a devastating loss for you. David was a good man who loved the Lord and you. May God grant you His peace that passes understanding during this difficult time.
Deborah Schmeller
Friend
January 12, 2020
David was a shining light for many. He was a kind, compassionate man who will be missed deeply by the many who knew him. I will miss him. My deepest sympathy and love to his wife, Betty.
Carol Geary
Family
January 12, 2020
This Guest Book is dedicated to those we serve and their loved ones.
The Staff of A.F. Almeida & Son Funeral Home
January 12, 2020
Showing 1 - 19 of 19 results