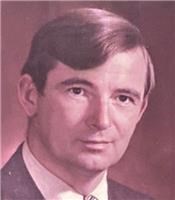 BORN
1929
DIED
2021
FUNERAL HOME
Waring-Sullivan Home of Memorial Tribute at Cherry Place
178 Winter Street
Fall River, MA
Dr. Richard Howorth Fitton Jr., age 92, of Westport Harbor, died Monday, July 12, 2021. He was the husband of the late Elizabeth ''Betty'' (Danyluk) Fitton.
Born in Fall River on June 20, 1929, son of the late Richard H. Fitton Sr. and Helen (Crapo) Fitton, he attended the former Highland Grammar School, Morton Jr. High, graduated from Moses Brown in 1947, Harvard College, class of 1950 and Boston University Medical School in 1954. After an internship at the Beverly Hospital in Massachusetts and upon completion of a 3 year residency in Otolaryngology at Columbia/Presbyterian Hospital in New York City in 1958, Dr. Fitton served as chief of Otolaryngology at the 3320th U.S. Air Force Hospital in Amarillo, TX for 2 years.
Returning to his home town of Fall River in 1960, Dr. Fitton opened his Otolaryngology practice in the Truesdale Clinic where he also served as President for many years and retired after 51 years in 2011. He was also active on the medical staffs of the former Truesdale, Union, Charlton Memorial, St. Anne's and Fall River General Hospitals. He was the founding president of the Same Day Surgicare on Stanley St and served in that capacity for 20 years. He performed the first stapedectomy in Fall River for hearing loss, subsequently restoring hearing to hundreds of patients in S.E. Mass. with Otosclerosis. Dr. Fitton was the first Fall River physician to perform a laryngectomy for laryngeal cancer, and he performed over 15,000 tonsillectomies without a serious complication – a statistic which he was very proud.
Dr. Fitton was a member of the Fall River Medical Society, a 50+ year member of the Mass Medical Society, the American Medical Society, the Massachusetts and New England Societies of Otolaryngology/Head and Neck Surgery, was a Diplomat of the American Board of Otolaryngology/Head and Neck Surgery.
An avid golfer, duplicate bridge player, and sword fisherman, he was a member of the Acoaxet and Elephant Rock Beach Clubs of Westport, a life member of the Harvard Club of Boston and with his late wife was a frequent world traveler.
He is survived by 3 daughters from his first marriage to the late Betty (Wilde) Fitton: Betsy Cummings and Polly Culbreth of Westport and Susan Roth of Corona Del Mar, CA, 9 grandchildren, 12 great-grandchildren, 2 nephews and 1 niece. He was the brother of the late Lois Cooper.
A private burial will be held at Beech Grove Cemetery in Westport.
There will be no visitation at Dr. Fitton's request.
A celebration of life will be held a later date to be announced.
Contributions in his honor may be made to the Dana Farber Cancer Institute, 10 Brookline Place West, 6th Floor, Brookline, MA 02445.
For tributes, please visit: www.waring-sullivan.com
To plant trees in memory, please visit our Sympathy Store.
Published by The Herald News from Jul. 15 to Jul. 16, 2021.
MEMORIAL EVENTS
No memorial events are currently scheduled.
To offer your sympathy during this difficult time, you can now have memorial trees planted in a National Forest in memory of your loved one.
Funeral services provided by:
Waring-Sullivan Home of Memorial Tribute at Cherry Place
MAKE A DONATION
MEMORIES & CONDOLENCES
4 Entries

Art Daily, dermatologist
July 21, 2021
Dr Fitton was the sole reason I did not have hearing loss as a child. He performed several operations on me and saved my hearing. He was a brilliant doctor and I continued to be his patient till he retired. I am so grateful for his gift of knowledge. God speed Dr Fitton.
Ellen Bolton
July 18, 2021
Richard,I will miss you.Your human guinea pig. your friend Normand. R I P
normand levesque
Other
July 17, 2021
Working with him was a joy and pleasure. Great man, blessed surgeon and wonderful to work with, Rip knowing you and working with you was a blessing and blessed were all those you helped.
Joan Fournier
July 16, 2021
Showing 1 - 4 of 4 results