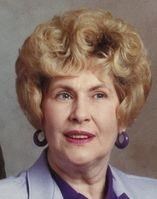 BORN
1934
DIED
2021
FUNERAL HOME
Greene Funeral Home
2133 Ebenezer Road
Rock Hill, SC
Frances Becker
May 6, 1934 - October 11, 2021
Catawba, South Carolina - Mrs. Frances Z. Becker, 87, passed away on Monday, October 11, 2021 at Piedmont Medical Center.
Services will be held in Maryland.
Born in Creasaptown, MD, Mrs. Becker was the daughter of the late Joseph Winters and the late Norma Dawson Winters. She was also preceded in death by her brother, Carl Winters; her sister, Rosie Chapman; her brothers, Joseph Winters, Jr. and Ralph Winters.
Frances grew up learning life's lessons of hard work, reliability, honesty and faith. She was born at a time when stocking up on groceries meant heading out to the garden or processing your own livestock. She often did more work before going to school than many did all day. Being near the middle of 9 children, she also served as a defacto mother from a very young age.
Once married, and with children of her own, Frances worked several jobs, and became a sought out seamstress/dressmaker for many in Cumberland and Bedford Valley. She not only produced custom dresses, and upholstery, but on several occasions, full bridesmaid's ensembles.
Later, she joined the Celanese Amcell plant in Creasaptown, MD and worked her way up to shift foreman. In 1977, Celanese offered her a department supervisor at their Celriver plant in Rock Hill, SC and a new chapter opened.
Frances married David Becker in 1986, and soon after purchased a beach house in Garden City, SC and became a true southern beach person. Nothing pleased her more than having her family gather around the ocean front deck with the waves crashing in the background.
She was a constant support to all of her family, far and wide, young and old, as well as local charities, food banks, and various Christian organizations throughout her life. She will be sorely missed by many and only left us for a better place after a valiant fight, as was her nature.
Surviving are her husband, David Becker; her daughter, Kim (Terry) Crabtree of Rock Hill, SC; her son, Robert (Susan) Zembower Jr. of Wilmington, DE; her granddaughter, Trisha (Rusty) Clinton; two great-granddaughters, Ainsley Clinton and Aspen Clinton; two sisters, Shirley Morgan and Dian (Carlos) Reyes; two brothers, Roger (Judy) Winters and Ronald (Susan) Winters; four step-children, Shelly Zembower, David Becker, Jr., Mark Becker and Todd Becker; and many step-grandchildren.
In lieu of flowers, memorials may be made in Mrs. Becker's name to the National Federation of the Blind, c/o 3040 Shandon Rd, Rock Hill, SC 29730.