FUNERAL HOME
Greene Funeral Home
2133 Ebenezer Road
Rock Hill, SC
Ricky Jason FowlerROCK HILL - Mr. Ricky Jason Fowler, 51, of 4089 Canvas Avenue, passed away Saturday, April 27, 2013, at Piedmont Medical Center. Services for Mr. Fowler will be 6 p.m. Wednesday, May 1, 2013, at Greene Funeral Home Northwest Chapel, 2133 Ebenezer Road, with the Rev. Jamie Burdette officiating. Visitation will be held from 4 p.m. until time of service on Tuesday and other times at the home. Mr. Fowler was born in High Point, N.C., and was the son of Irene Barley Farlow of Trinity, N.C., and the late William Fowler. He was a member of the First Baptist Church and worked for Source Technologies in Charlotte, N.C. In addition to his father, Mr. Fowler was preceded in death by his brother, Joe C. Fowler and four nieces and nephews. In addition to his mother, Mr. Fowler is survived by his daughters, Alicia N. Fowler, Kayla D. Fowler and Alex Gibson, all of Rock Hill and Whitney L. Ward of Mauldin, S.C.; his brothers, Gene E. Fowler (Shelby) of Ronda, S.C., Ray D. Fowler (Arnette) of Thomasville, N.C., Terry T. Fowler (Shirley) of Trinity, N.C., and Randy L. Fowler (Betty) of Mebane, N.C.; and his 14 nieces and nephews. Condolences may be made at www.greenefuneralhome.net.

Published by The Herald from Apr. 30 to May 1, 2013.
To plant trees in memory, please visit the Sympathy Store.
MEMORIAL EVENTS
To offer your sympathy during this difficult time, you can now have memorial trees planted in a National Forest in memory of your loved one.
Funeral services provided by:
Greene Funeral Home
MAKE A DONATION
MEMORIES & CONDOLENCES
41 Entries
To the family of Ricky, He was such a warm person,he always made me feel welcome at the fowlers reunions,will miss his wonderful smile.my deepest sympathy to family,may GOD give you strength and peace.
Gary Funderburk
May 2, 2013
Although I never met him, his daughter Alicia has been a big part of our family for the past few years. She is a wonderful girl, who was obviously raised by a wonderful man. Thoughts and prayers to the entire family.
Stacie & Daniel Branche
May 1, 2013
TO THE FOWLER FAMILY, RICK WILL BE MISSED.I'LL NEVER FORGET HIS WARM WELCOME TO MY FAMILY DURING OUR MOVE INTO THE NEIGHBORHOOD..AND THE SOUNDS OF HIS MOTORCYLE PULLING BACK IN FRONT A LONG NICE RIDE...RICK YOU LIVED LIFE...WE HOPE TO ALL MAKE IT WHERE YOU ARE...REST IN PEACE..LOVE KISHA, FRED, CALEB, KOBE..
May 1, 2013 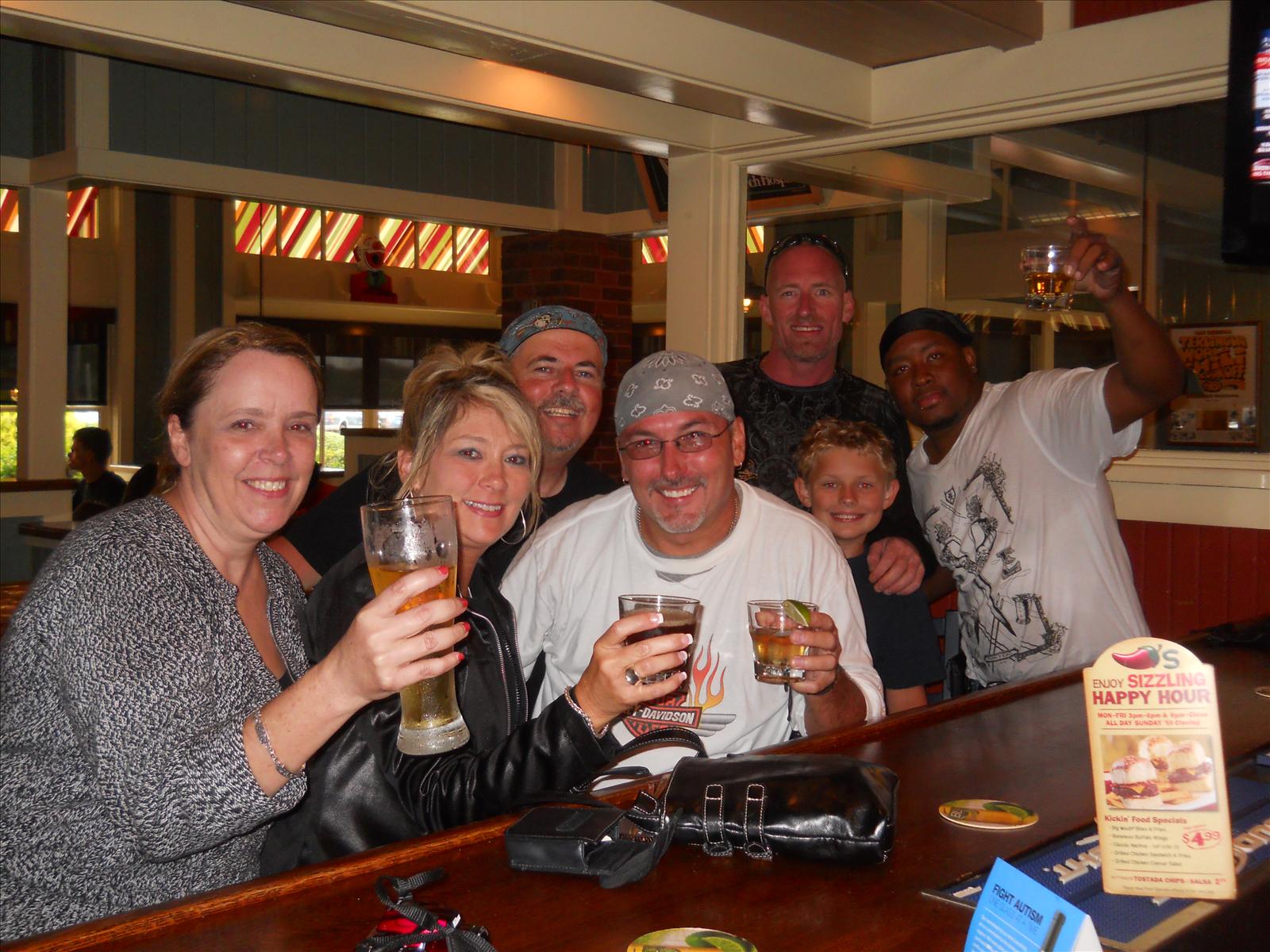 Hard to say good bye, especialy to such a wonderfull guy. RIP Ricky
Brett Christian
May 1, 2013
I met Rick in late 2008, and as with most we immediately became friends. He always met me with a warm smile and a great hug. We rode together often and I will miss those wonderful times, but will cherish all the great memories. May the arms of compassion be wrapped around his family and friends...
Cathy Robb
April 30, 2013
In loving memory of a wonderful person. We will love you and miss you always.
Mechelle & Anthony
April 30, 2013
Alicia and Kayla,
Thinking of you during this difficult time. While it has been a while since I last saw Rick, I was sadden to hear about his passing. He was always such a happy person with a smile on his face. Please know that you are in my thoughts and prayers.
Frances Brock
April 30, 2013
Rick you will be missed alot. my prayers are with your girls. i know you was so good with them. they loved you so much, you was there mother and father.i will really miss you.
becky walker
April 30, 2013
I'm truly saddened by the lose of such a great guy for his family and friends. Rick will be sorely missed. He had a smile that no matter what was going on made you feel good inside. He was a great father and his girls were his world. And to his daughters, he loved you to the moon and back never forget that. RIP Rick and sore with the angels God had a bigger plan for you. XOXO
Shea Andrews
April 30, 2013 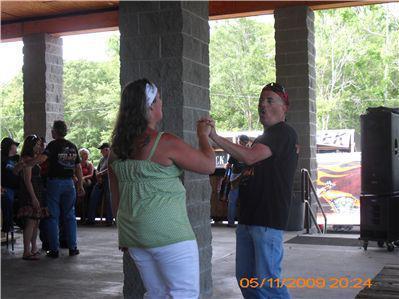 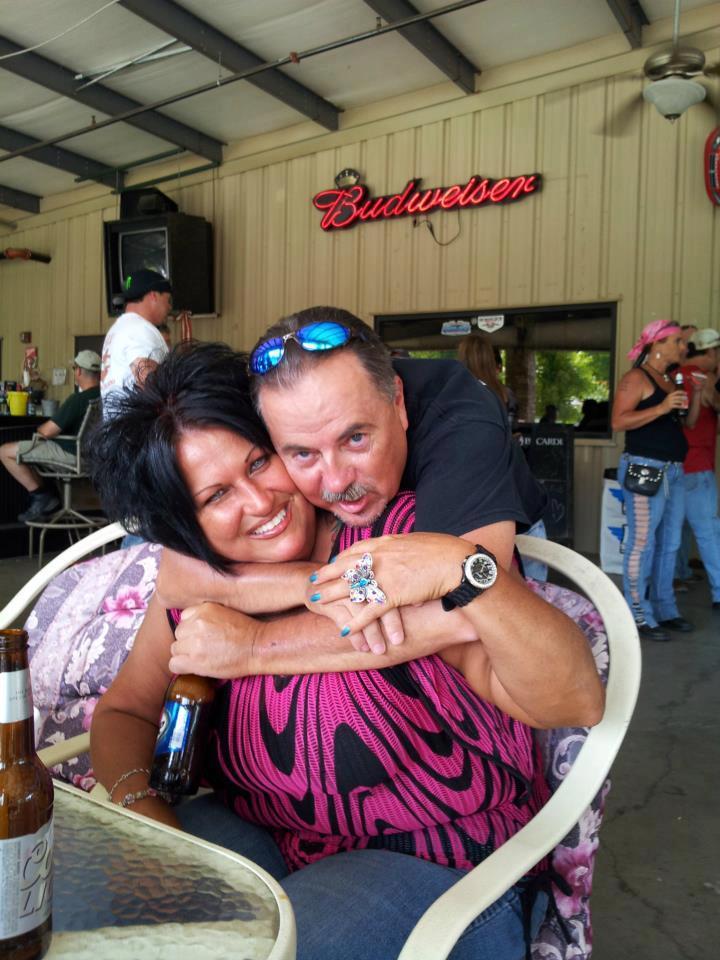 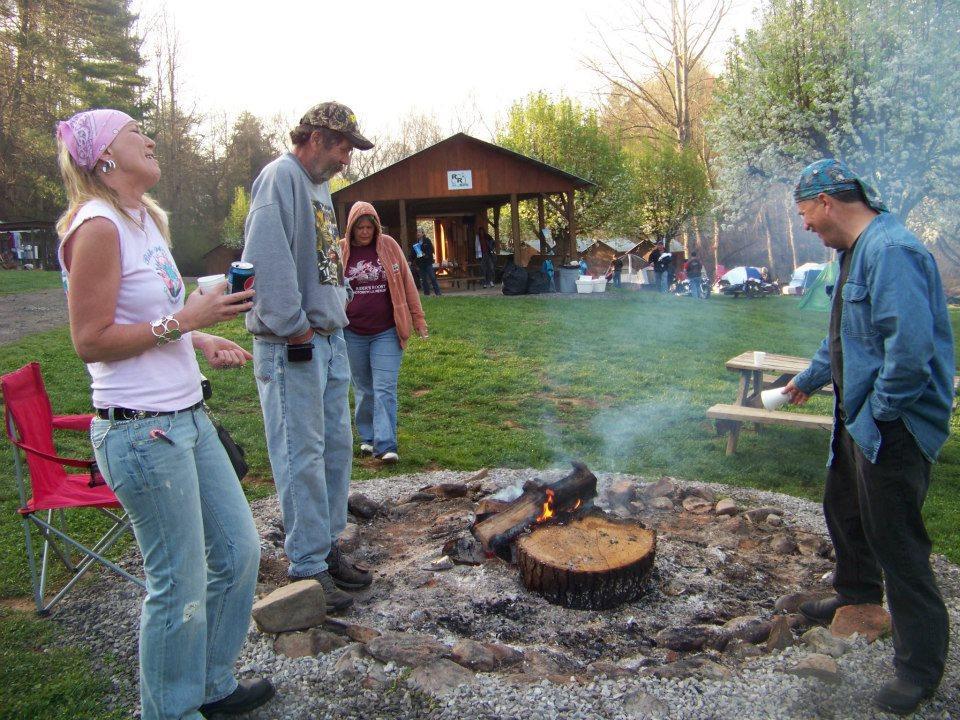 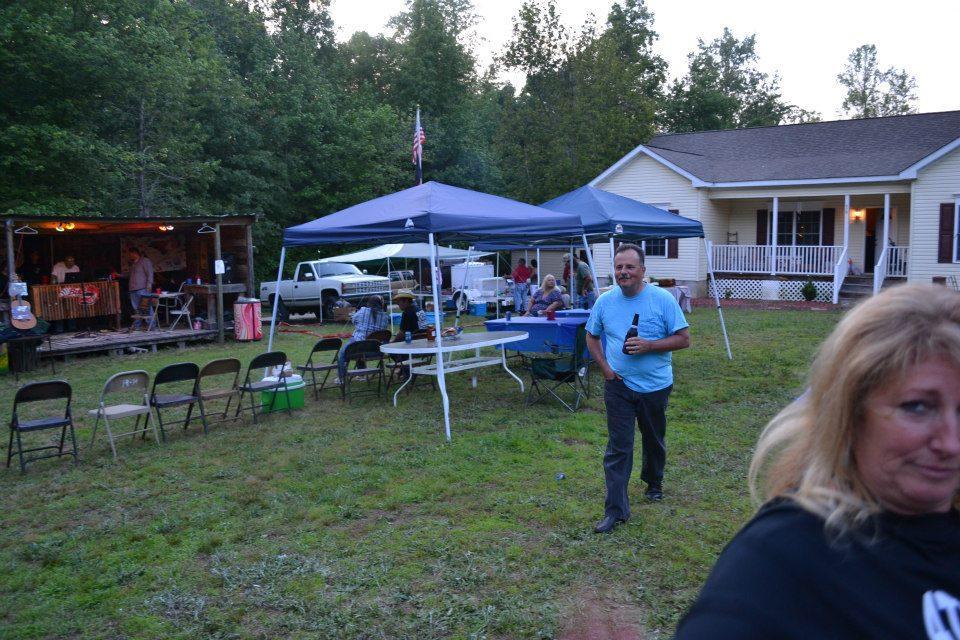 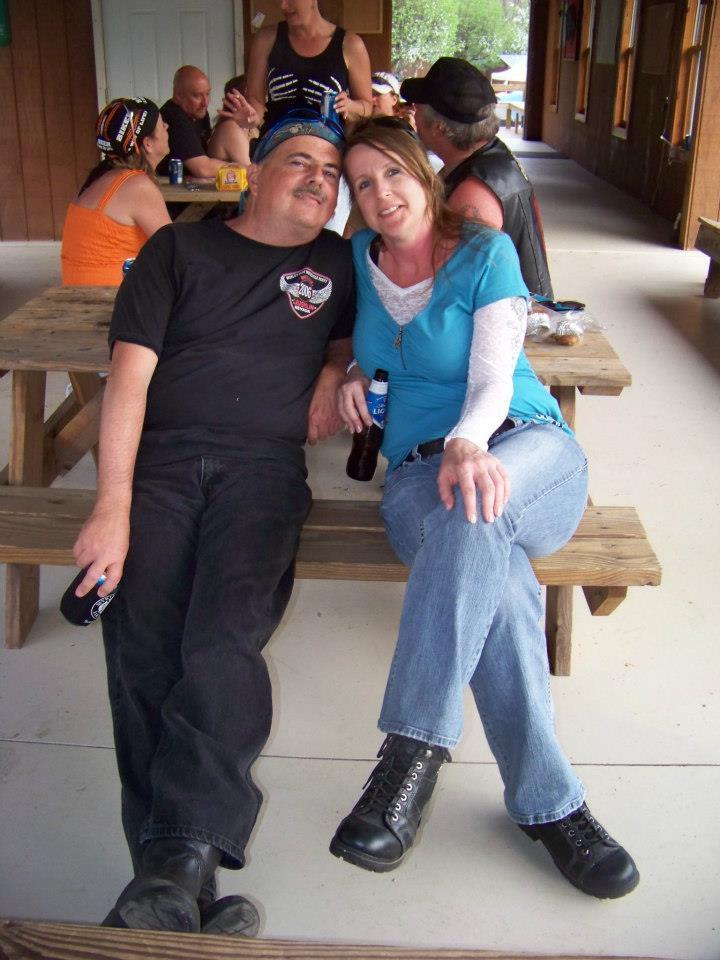 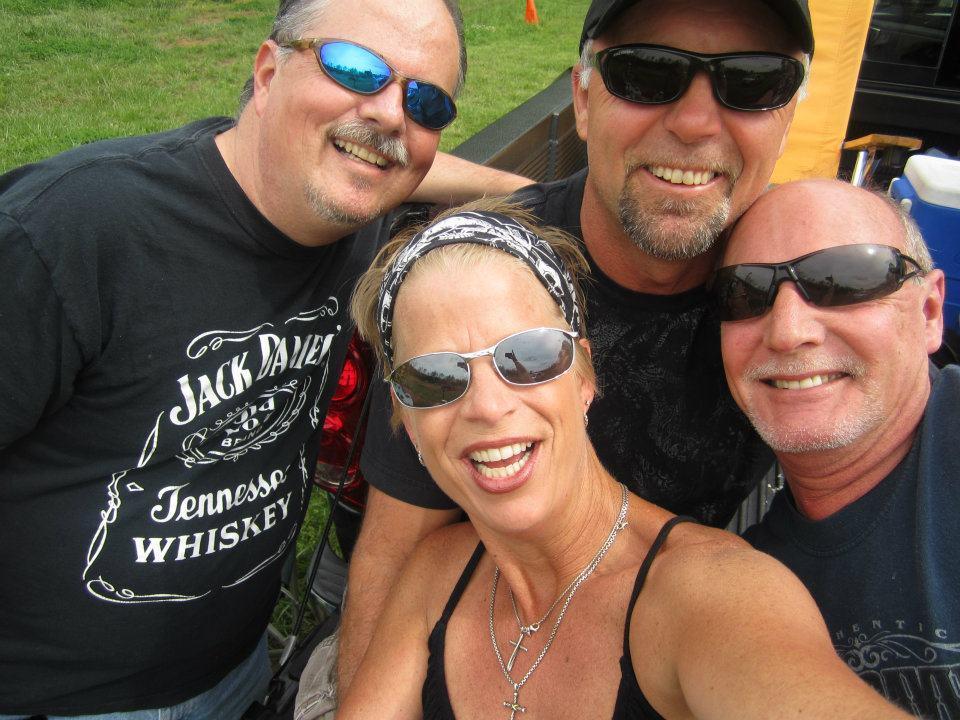 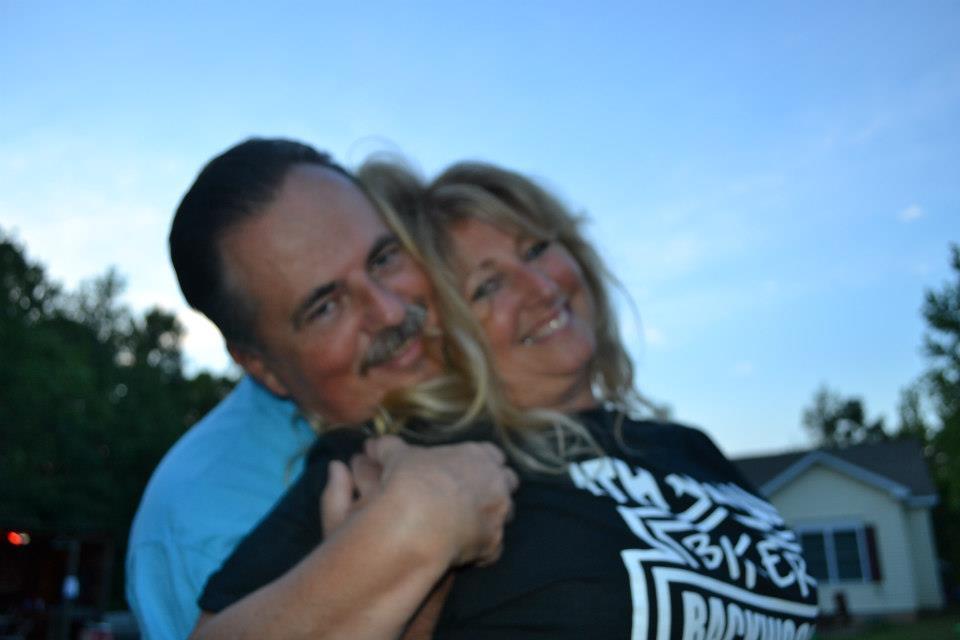 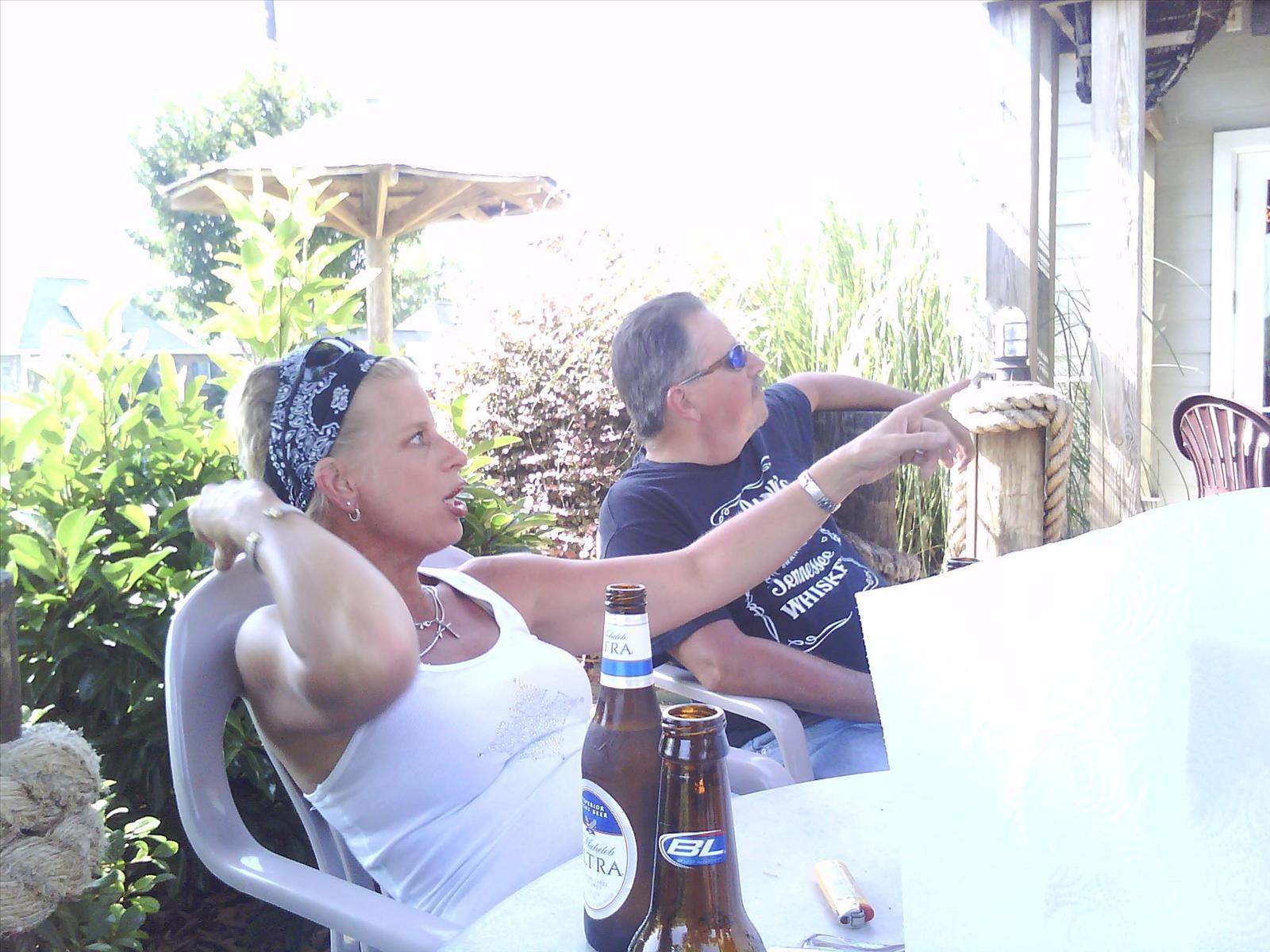 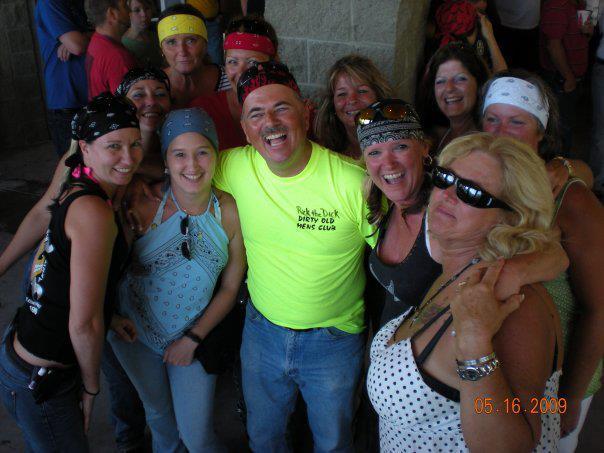 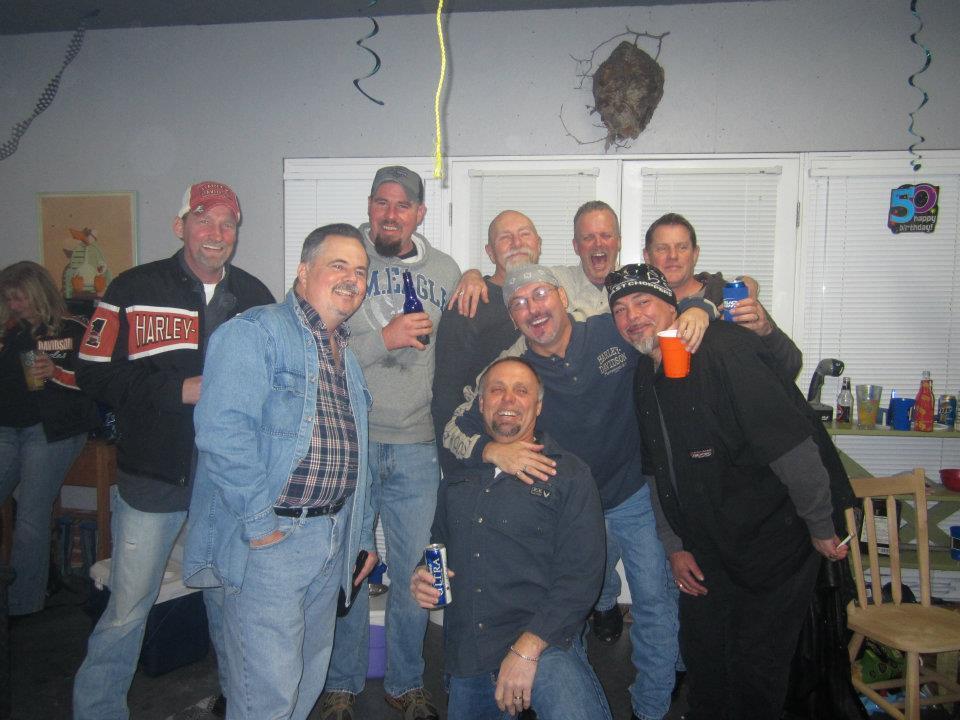 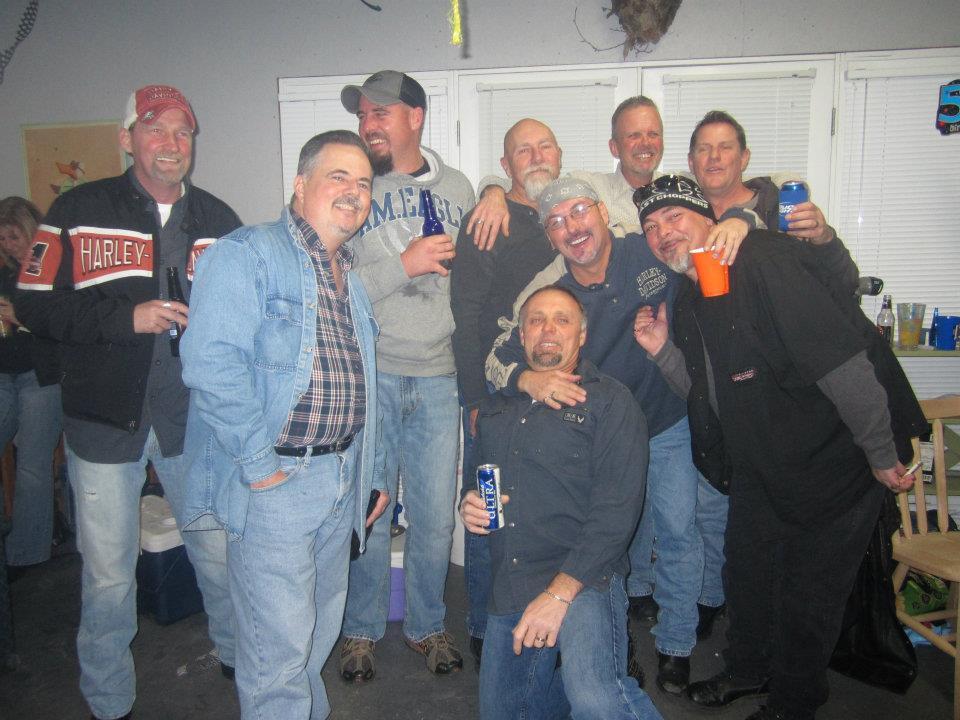 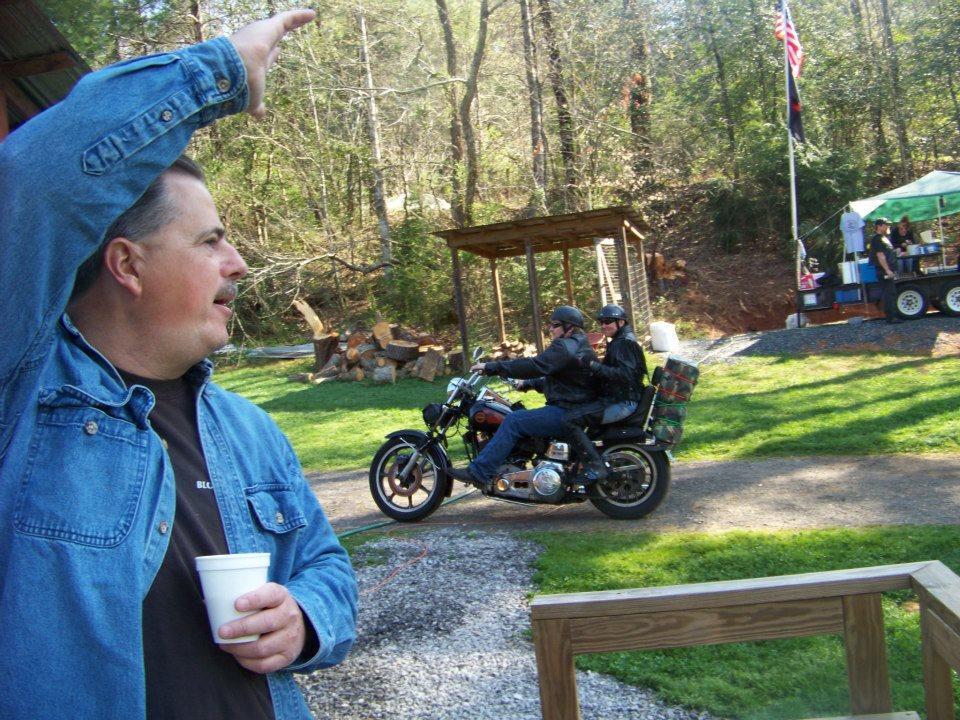 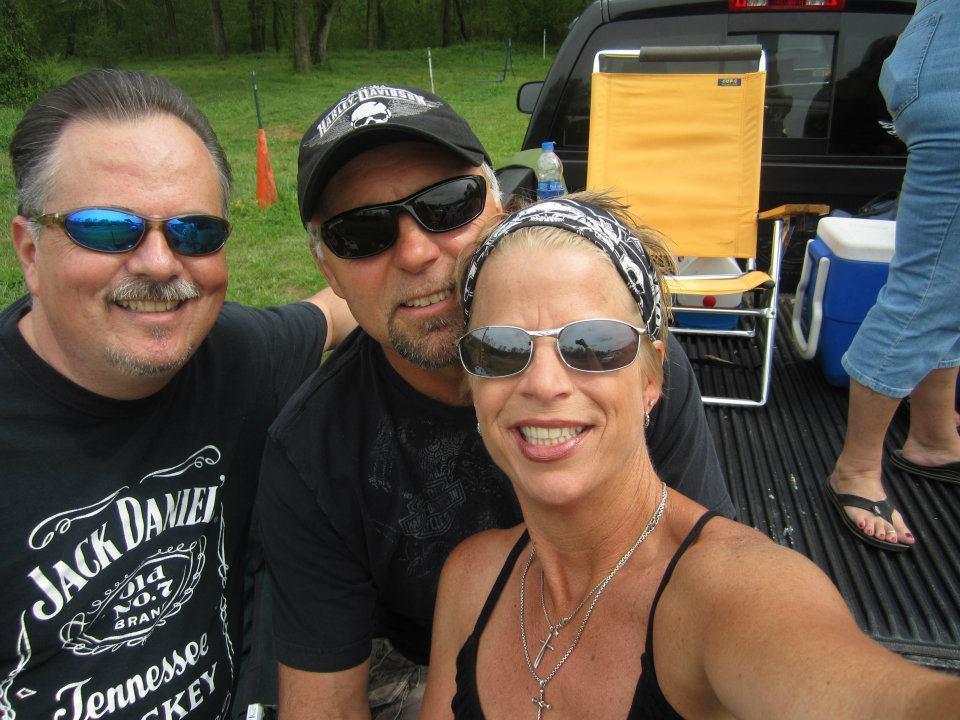 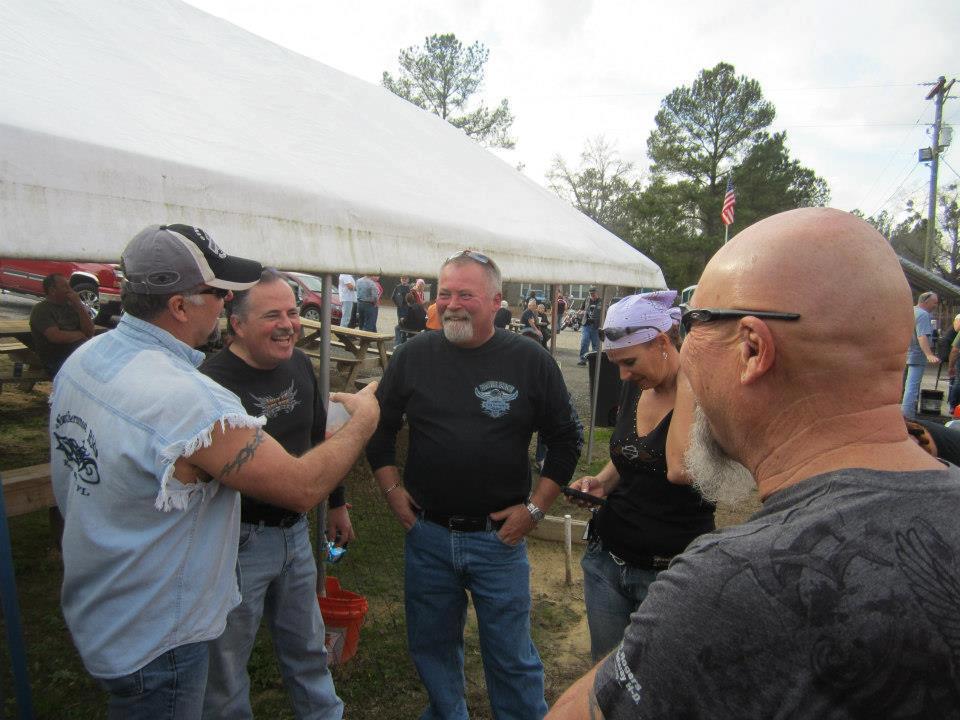 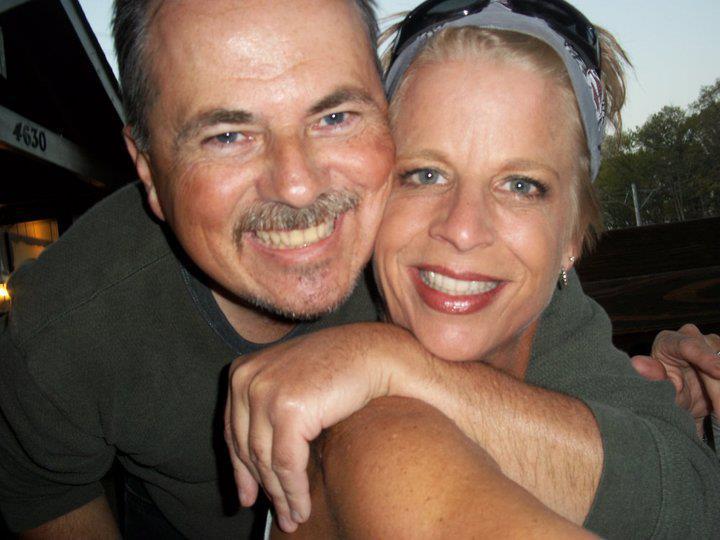 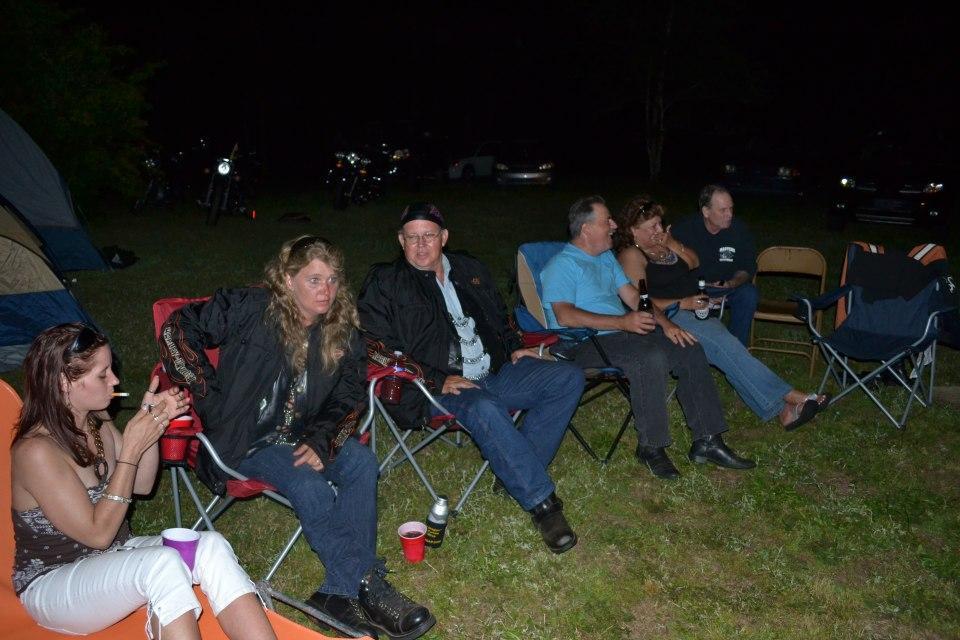 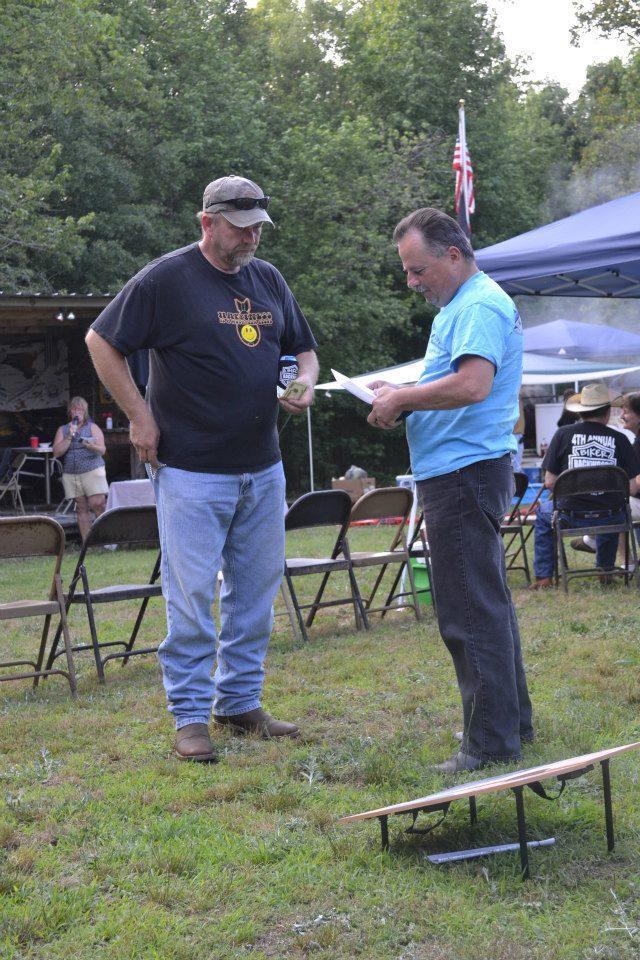 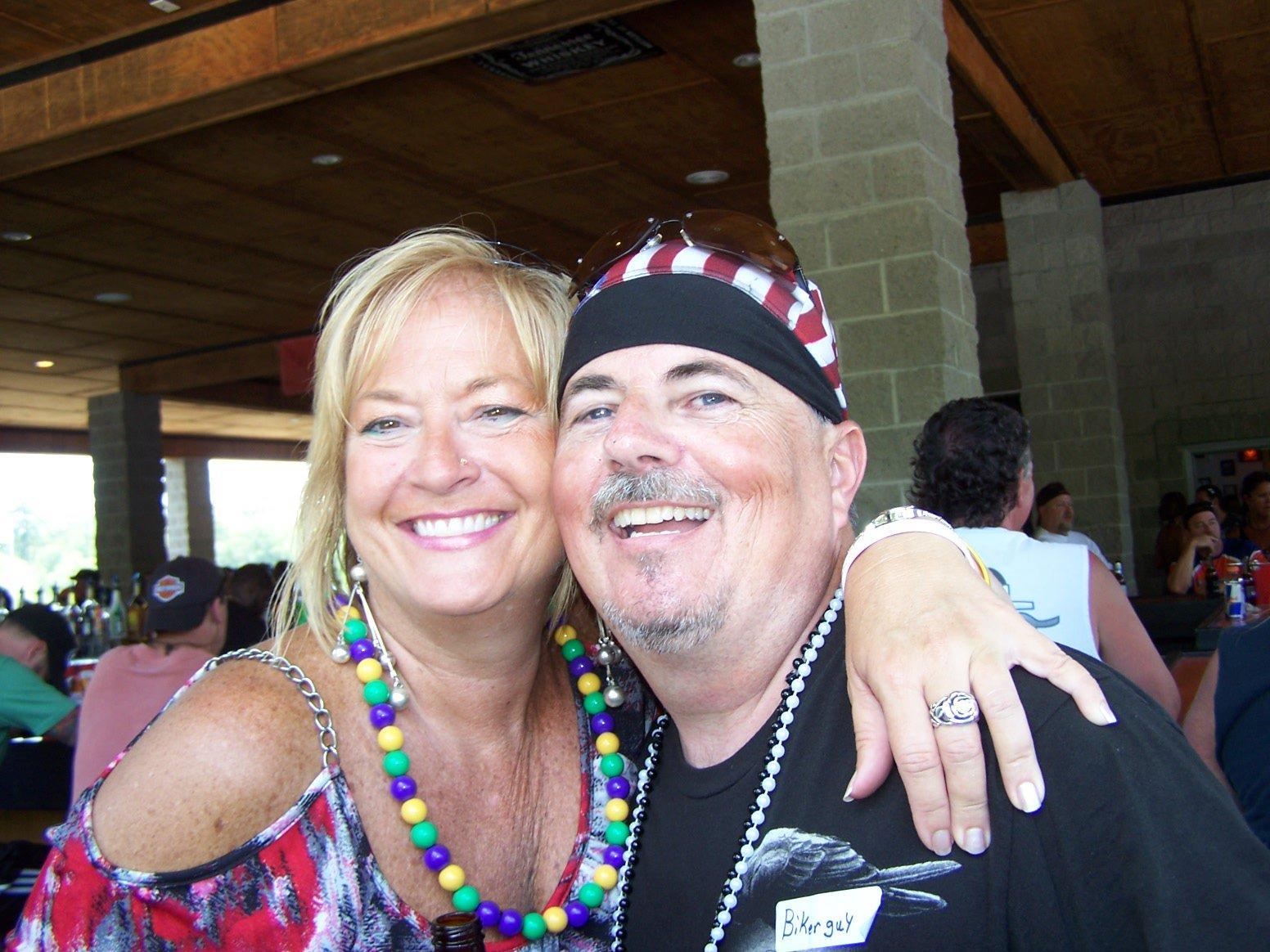 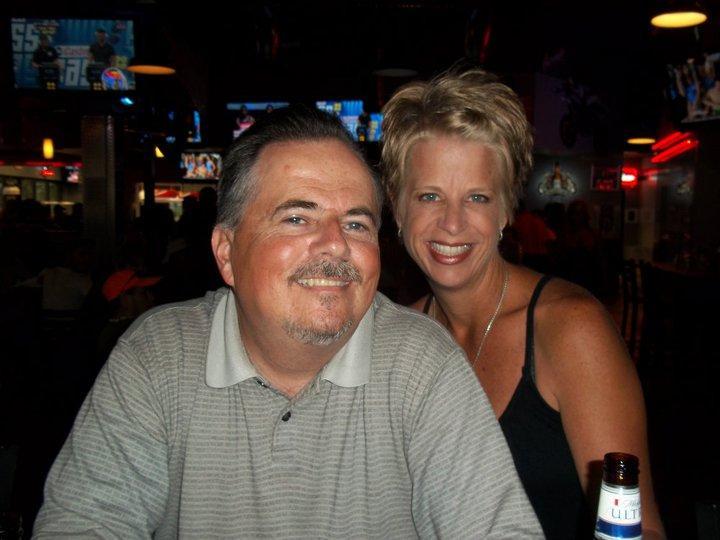 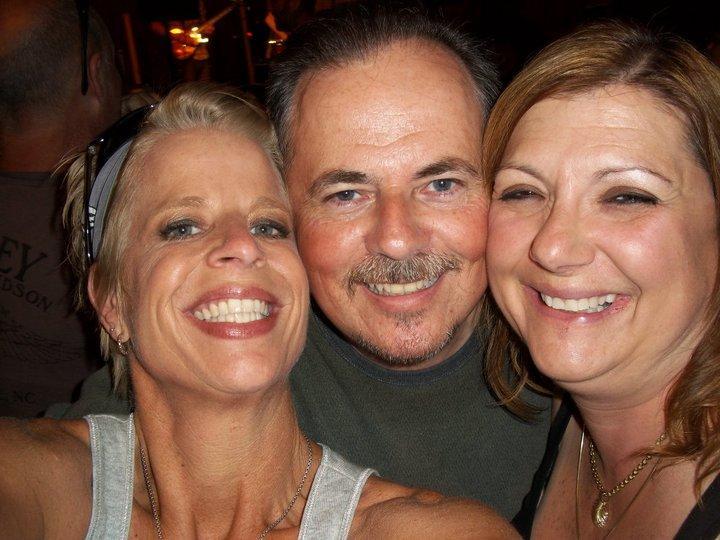 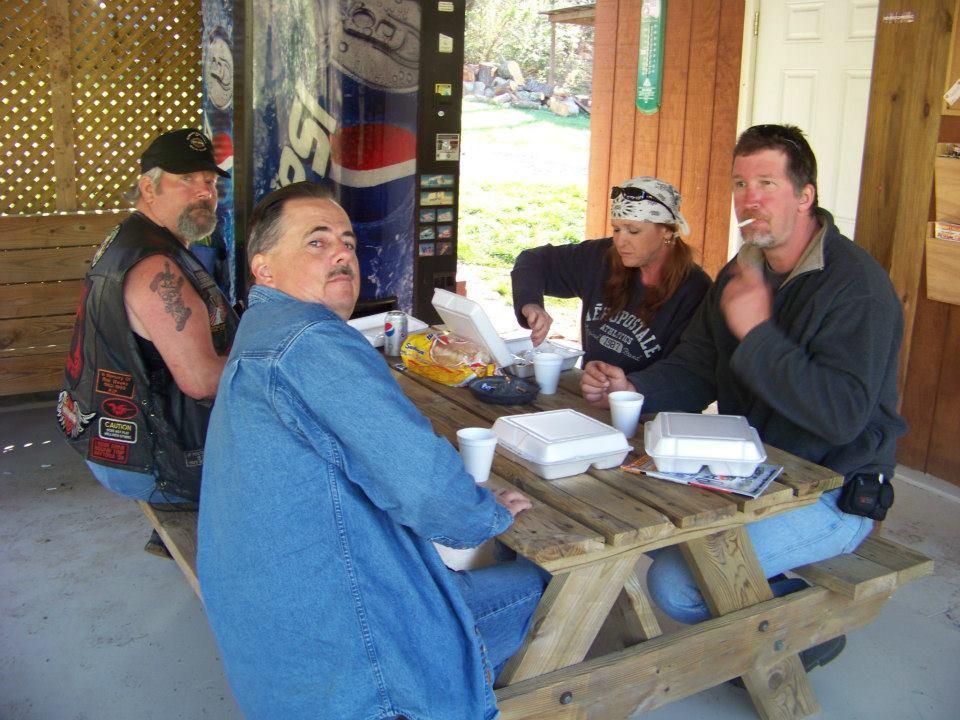 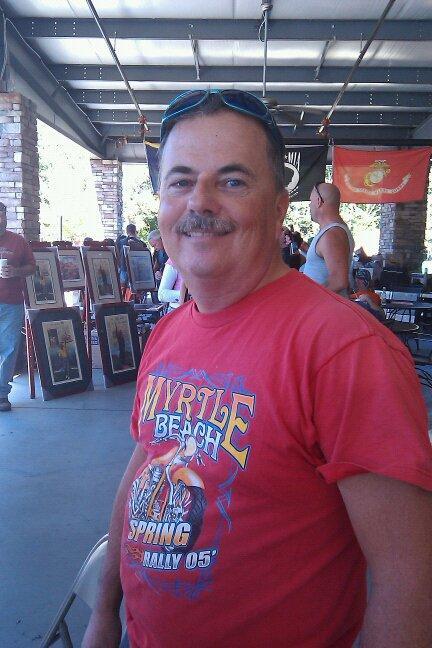 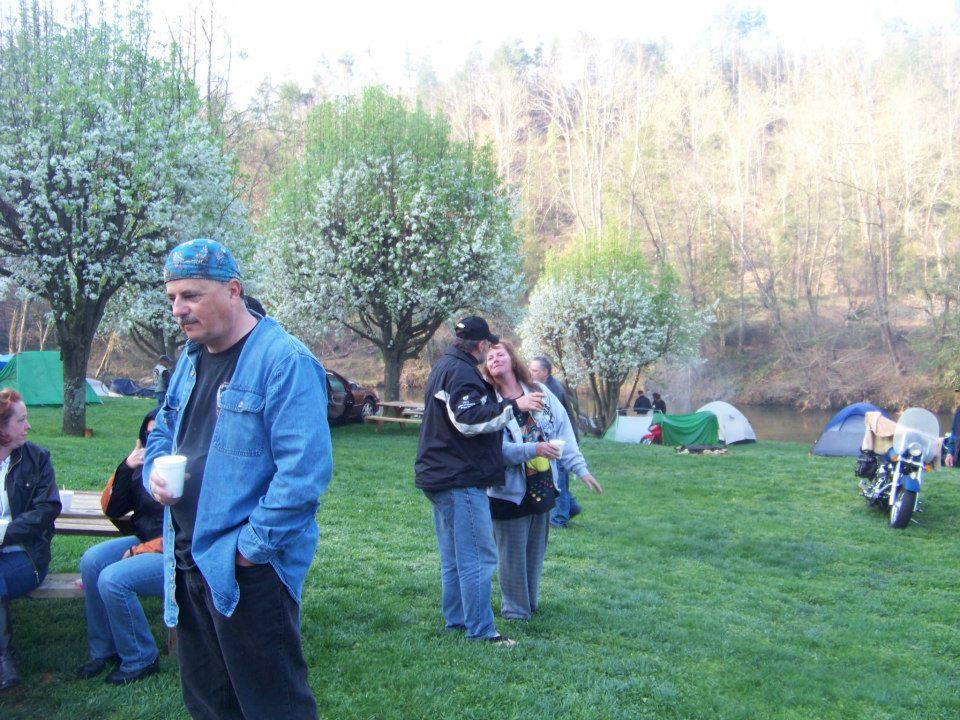 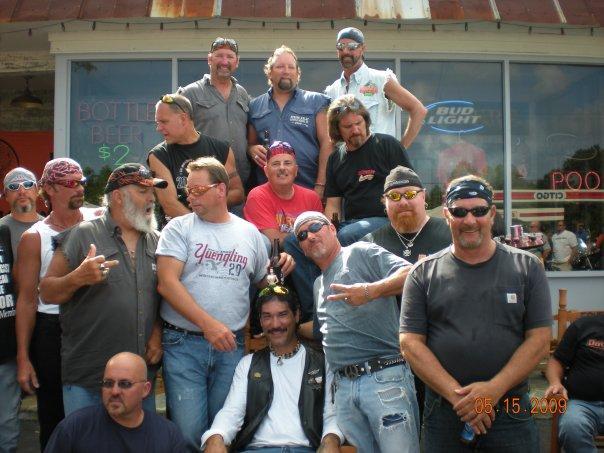 April 30, 2013
I am so sorry to hear of a great loss to his family and so many friends. Rick was always such a kind, loving and gentleman, never saw this man without his smile. I will forever remember him with a smile on my face, and will miss him dearly.
Lisa Nauditt
April 30, 2013 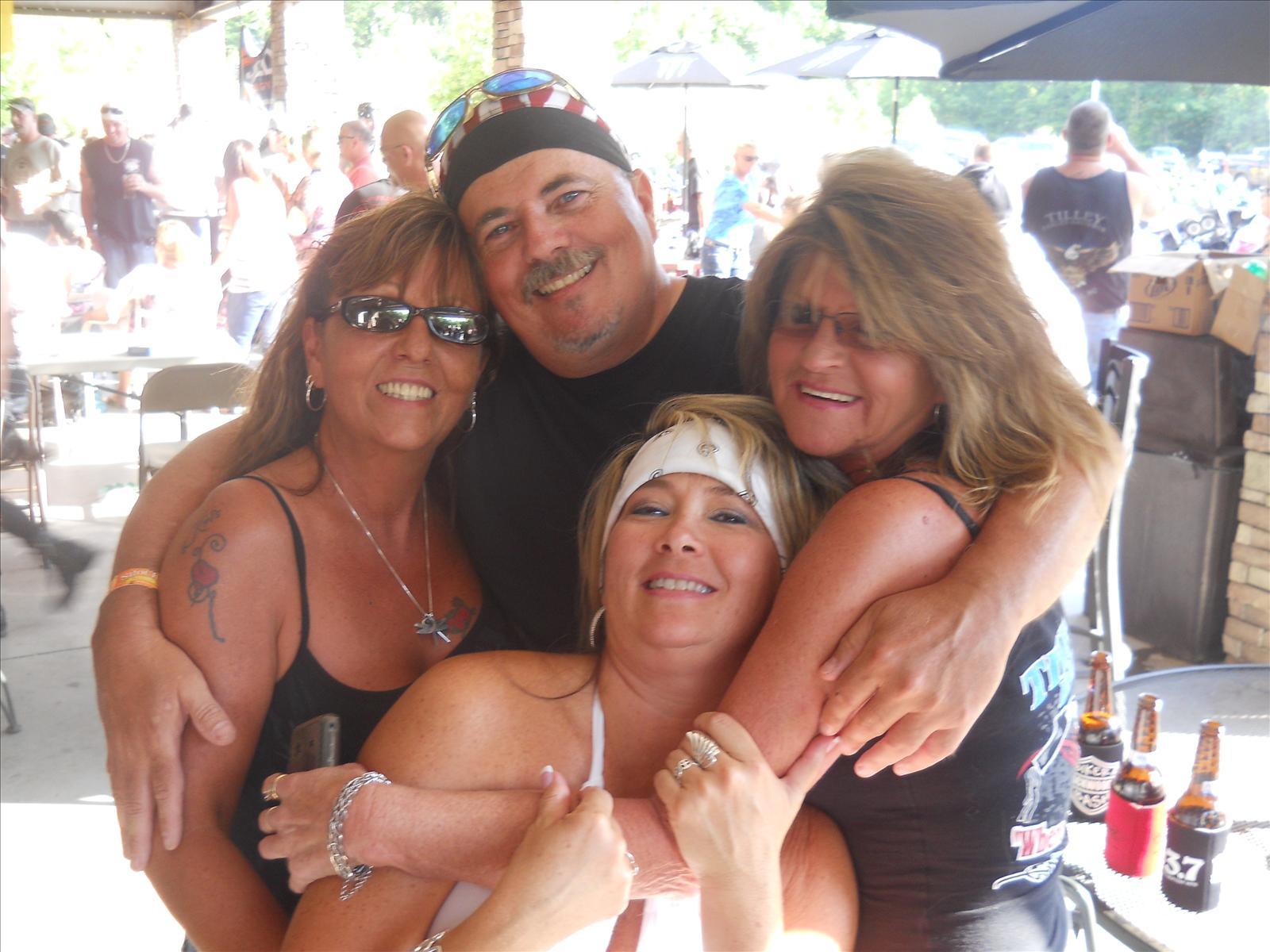 Ricky...I am so glad that I had the pleasure of becoming your friend. You were always such a joy to be around and I always looked forward to seeing you, always so positive with a smile on your face. I will miss your hugs and your friendship but I look forward to seeing you again someday my friend. Love you!
Donna Sherrill
April 30, 2013
Rick was a fine man that I have known for many years. Rick and I worked together for about 6 years and was very productive and a pleasure to work with. He was a people person with those that he worked with and those that were his customers. Rick, I will miss you my friend here, but you are in a better place now.
Dennis Brooks
April 30, 2013
What an awesome, fun loving man! Always had a smile on his face! Thank you God for sharing one of your special angels with us! You will be greatly missed Rick but never forgotten! Ride that bike in Glory my friend!!!!!
Vickie Williams
April 30, 2013
Rick I will miss your smile and your hug and kiss I always got.You lite up a room with that awesome smile.I love you ,proud to call you my friend!
April 30, 2013
Rick was such a joy to be around and all of us in the biker community will truly miss his smile! Love you Rick
Robin Bartos
April 30, 2013
What a Wonderful Father and A Wonderful Friend. You will be missed but NEVER FORGOTTEN.......
Robin Moore
April 30, 2013
Girls - Mallard Creek will be less a wonderful neighbor. I always looked forward to to seeing him smile and wave every time he went by. We never knew what witty remark he would have. He will certainly be missed. Love to you all.
Wendy Miller
April 30, 2013
Showing 1 - 41 of 41 results