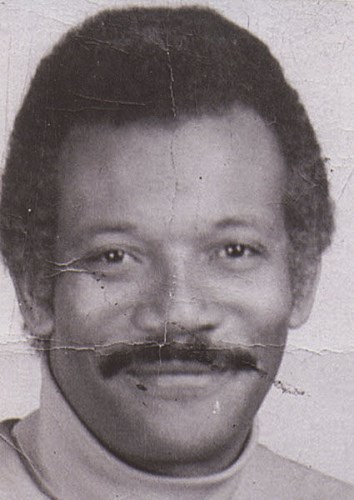 Albert Randall Harris was born in Chicago, nine days before his mother's birthday, which was Christmas Day. He appeared to the union of the late Albert William Harris and Margaret Jeanne (Williams) Harris-Murray. Albert Randall Harris made his entrance into this world on Dec. 16, 1930, and traveled out on May 24, 2021, the day after Pentecostal Sunday.

Randy, as he was called by close friends and family, had one sister, Jeanne Jenkins; one son, Albert Randall II; and both parents who all preceded him in the next cycle of life.

Randy and his sister were raised in a Christian home and attended Woodlawn A.M.E. Church in Chicago, where he married his first and second wives. From his first union, he had five children: Jean Marie (Herman Holmes), Eugene Randall, Albert Randall II, Anjelia Yvonne (Audie Neusom) and Anna Maria.

Randy was a jack of all trades. He served in the United States Navy for two years and upon his discharge, he worked for the IRS for several years. He later owned and operated a scavenger business for the city of Chicago, before becoming a real estate agent. After moving to Covert, he owned and operated a blueberry farm and taught tennis classes at Covert schools.

He loved playing and watching tennis. He also loved nature, playing chess while smoking a pipe, listening to light jazz and debating the philosophies of theology and life. He began attending St. Mark Episcopal Church in Paw Paw until The Rev. Friar Joseph Neiman exited this life in 2006. They were good friends who had a monthly game of chess.

Wake will be from 1-2 p.m. on Saturday, May 29, 2021 at the Filbrandt Family Funeral Home in South Haven. Funeral services will follow the wake at 2 p.m. with Pastor Joe Wilkins officiating. Randy will be laid to rest with military honors at the Fort Custer National Cemetery in Augusta, Mich.

Kindly share your thoughts and memories on the family's online guestbook at www.FilbrandtFFH.com.

The family is being served by the Filbrandt Family Funeral Home in South Haven, 637-0333.