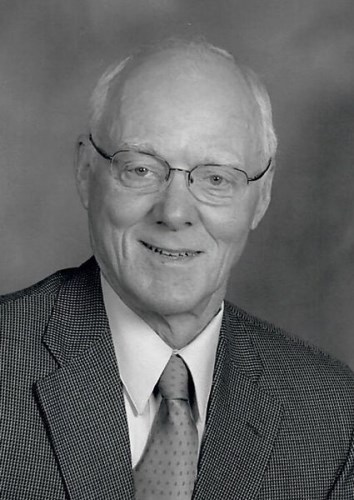 Memorial contributions may be given to Berrien County Animal Control, www.berriencounty.org/211/Animal-Control or the Adventist Frontier Mission, www.afmonline.org.

Those wishing to send a condolence online may do so at www.swemchapel.com.

At the age of 5, Chuck fostered his love of animals beginning with his enjoyment of milking his cows. That love of animals turned into a 45-year career as a veterinarian. Before vet school, Chuck worked for Michigan Bell Telephone for nine years, a job he was very proud of.

Chuck was also proud of his service to the Buchanan School Board, serving for eight years and five as president. He was also a past member and former president of the Buchanan Jaycees. In his free time, Chuck became a private pilot, owning his own plane and runway, often taking his family on "breakfast flights." He also enjoyed playing cards with his wife.

He is preceded in death by four siblings; and his parents.