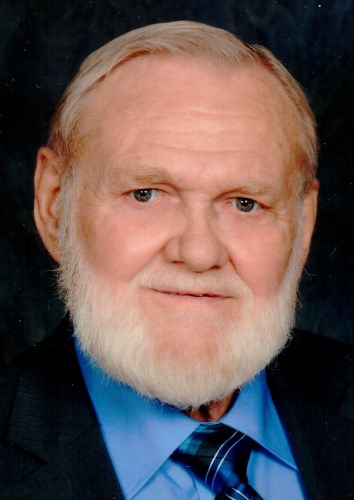 He was born March 9, 1944, in Berrien Springs, the son of Kenneth Lyle and Nancy Jane (Gonser) Nelson.

He grew up a farmer's son, and completed his last year of high school in Benton Harbor. His summers growing up were spent working at his Aunt Lena and Uncle Lee's dairy farm.

He enlisted in the Army, Department of Cryptology, in 1961, and served three years in Germany. He was honorably discharged and returned to Berrien County, where he met the love of his life, Betty J. Hendrix. They married on Dec. 11, 1965.

He is survived by two children, Clifton C. Nelson Jr. of Warren, Mich., and Teresa (Andrew) Zuber of St. Joseph; two beloved grandsons, Gregory (Sabrena) Nelson of Aurora, Colo., and Jacob (Taylor) Zuber of Wyoming, Mich.; three great-grandchildren, Arya Nelson, and Elijah and Isaiah Zuber; and a special friend, Cindy Smith of Sodus. He was preceded by his parents; his beloved wife, who passed in May 2016; and his sister, Merita Westveer, of Reed City, Mich., in May 2021.

He worked for many years as a machinist and manager for Chet Nichols in Benton Harbor prior to opening his own business, Accurate Engine Rebuilding, at his residence. His passion was rebuilding race and hot rod engines, but most of his work came from local farms. He sold his business and retired in 2014.

His 1940 Chevy Coupe kept him busy during retirement, as he loved driving it to multiple car shows every year. He spent many Sunday afternoons watching NASCAR races or the Green Bay Packers. He took great pride in the accomplishments of his two grandsons, who also served in the Army.

A service for close friends and family will be held at a later date.

Published by The Herald-Palladium from Oct. 18 to Oct. 22, 2021.
To plant trees in memory, please visit the Sympathy Store.
MEMORIAL EVENTS
To offer your sympathy during this difficult time, you can now have memorial trees planted in a National Forest in memory of your loved one.
MAKE A DONATION
MEMORIES & CONDOLENCES
3 Entries
Clif we are so sorry to hear about your loss. Our prayers and condolences and with you and your family.
Karen and Tobin Elliott
Friend
October 20, 2021
Stopping by your parents house was always part of the Michigan trips. May peace and love surround all of the family as we celebrate Cliff's life.
Deborah Hendrix
October 19, 2021
Condolences on the loss of your loved one.
Steve Cherba
Other
October 19, 2021
Showing 1 - 3 of 3 results