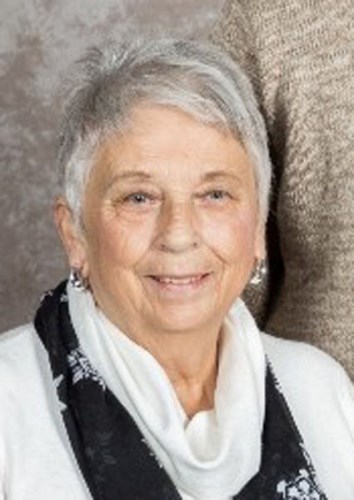 Erma White, 83, of Watervliet passed away peacefully Sunday, Oct. 10, 2021, at Caretel of St. Joseph with her family by her side.

Erma was born on March 6, 1938, in Watervliet to Arthur and Lillian Rowley.

On Feb. 21, 1958, she married the love of her life, Lester "Chum" White, together they had two daughters: Julie and Laurie.

Erma enjoyed many activities in her lifetime such as; being a Watervliet Band Booster, participated in the MECCA Women's Club, Thursday night ladies golf league, and a member of Watervliet Plymouth Congregational Church where she sang in the choir. In her later years, Erma enjoyed spending time with her grandchildren and great-grandchildren who simply knew her as "Weezie."

Erma is preceded in death by her husband, Lester "Chum"; parents; a brother, Arden Rowley; and a sister, Marvis Whitney.

Friends may visit with Erma's family from 11 a.m. to 1 p.m. Thursday, Oct. 14, at Hutchins Funeral Home in Watervliet, where her life will be celebrated at 1 p.m.

Memorials may be made in Erma's memory to Berrien County Cancer Services or Caring Circle of Lakeland.

You are invited to leave a message of comfort for Erma's family at hutchinsfuneral.com.