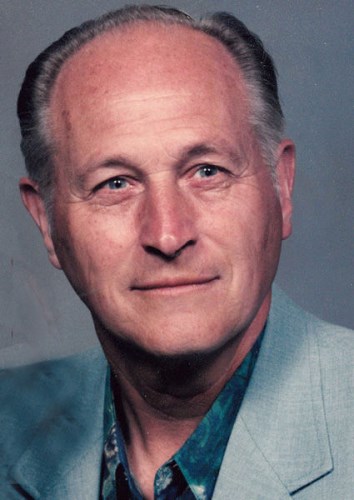 He joined the U.S. Navy as a Seabee and spent two years in Pearl Harbor. After World War II, Frank played for the Chicago White Sox as a pitcher in their minor league system. While playing ball in Wisconsin Rapids, he met the love of his life, Helen Lucille Gazeley. They were married July 5, 1952, and returned to Michigan where Frank started a long career as a wood pattern maker with Star Pattern Manufacturing and Whirlpool Corp.

Frank retired in 1992 and enjoyed numerous activities in retirement including golf, bowling, traveling and spending time with his family. Frank was blessed with four grandchildren: Amber, Sarah, Chandler and Kerrigan; and three great-grandchildren: Elise, Emilia and Clara.

He was preceded in death by his parents; and five siblings: Bob, Jim, Dwayne, Elaine and Roger.

A memorial service will be held at 4 p.m. today at the Coloma United Methodist Church.

Messages and memories may be shared online at duffieldpastrick.com.

Published by The Herald-Palladium on Nov. 29, 2021.
To plant trees in memory, please visit the Sympathy Store.
MEMORIAL EVENTS
Nov
30
Memorial service
4:00p.m.
144 S. Church St, Coloma, MI
MAKE A DONATION
MEMORIES & CONDOLENCES
1 Entry
Wonderful family, neighbors. Your mom and dad were so dedicated to family and friends. Thank you for serving our country Mr. Davis. Fond memories of living on the island and growing up there. May God bless your family. From our family to yours, deepest sympathy to you all. Hugs to Mrs. Davis, Tammy and Danny.
Leslie (Yates) Balgoyen
November 30, 2021
Showing 1 - 1 of 1 results