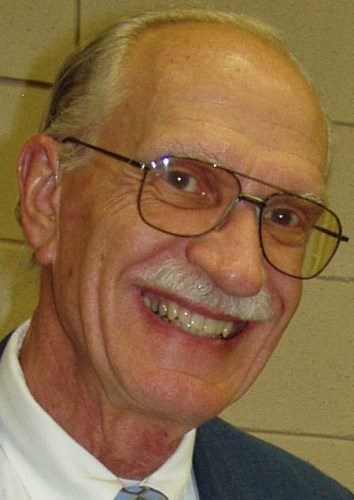 Jerry's lifetime love of Silver Beach, and his youth-time joys working at Silver Beach Amusement Park, were never forgotten. He could be seen frequently sneaking a daily cruise by the beach with his beloved dog.

After developing an early passion for athletic competition and team-building, Jerry could frequently be found on the basketball court or softball field, serving as both player and coach in numerous local leagues.

Also active in numerous local charity events, Jerry was always at the ready to help. Jerry's dedication to service began when he volunteered for, and served in, the Michigan Army National Guard, and then extended service to his everyday life, where he spent many years as a local barber and insurance agent.

Preceding him in death were his parents, Frank and Louise; his sister, Mary Louise Jones; his brother, Frank Post; and several in-laws.

In lieu of plants, flowers and food, donations can be made in Jerry's memory to St. Joseph Catholic Church, Therapeutic Equestrian Center (TEC) or St. Jude Children's Research Hospital.