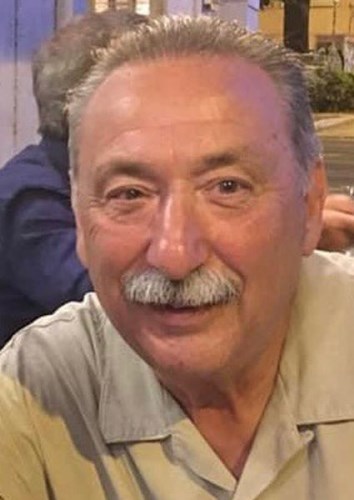 He immigrated to America from his hometown of Livorno, Province of Tuscany, Italy. He graduated from Mendel Catholic High School in 1963.

He was a U.S. Army Vietnam veteran stationed in South Korea defending the 38th parallel of the Second Infantry Warriors.

He was a standout baseball player, playing in Palmer Park and the U.S. Army baseball team during his time in South East Asia.

He was an insurance proprietor of L.L. Andreatta and Associates. He volunteered selflessly as president of the Homewood-Flossmoor Parents Organization, The Men of Tolentine, Mendel Catholic and many other charities.

He was active in his kids' lives, coaching their baseball, football and basketball teams and other activities from the sidelines.

He was married to Patricia nee Dunn for 51 years; the devoted father of Brian, Lee, Bradley (Kelli) Andreatta; grandfather of Nicholas, Kaitlyn, Giancarlo, Sofia, Gino, Dominick and Genevieve Andreatta; son of the late Enza nee Mastriani and Louis "Gino" Andreatta; brother of Vivian (Toby) Perez; and uncle and friend of many.

Published by The Herald-Palladium on Nov. 17, 2021.
To plant trees in memory, please visit the Sympathy Store.
MEMORIAL EVENTS
Nov
18
Reposing
2:00p.m. - 8:00p.m.
Panozzo Bros. Funeral Home
530 W. 14th Street, Chicago Heights, IL
Nov
19
Funeral
9:15a.m.
Panozzo Bros. Funeral Home
530 W. 14th Street, Chicago Heights, IL
Nov
19
Funeral Mass
10:00a.m.
St Joseph Church
17951 Dixie Highway, Homewood, IL
Funeral services provided by:
Panozzo Bros. Funeral Home
MAKE A DONATION
MEMORIES & CONDOLENCES
5 Entries
We. Just heard about Lee from our Church bulletin.Such sad news even though we knew that he was not well. it was always nice to see him because he was so warm and friendly. He will be missed. Love, Elaine and Emmet Cassidy
Elaine and Emmet Cassidy
Friend
November 20, 2021
Livio, your smile, sense of humor and sunny outlook on life were always welcome! Im blessed to have counted you as a friend.
Tricia Blair
Friend
November 18, 2021
Livio was more than a friend, he was family. Since meeting Livio, and then being introduced to his wife Pat, my life has changed. Livio opened up opportunities for people through his special ways of communicating. No one was ever a stranger in Livio's eyes. He practiced and communicated the gospel message daily in all he did and shared. I have special memories of Livio on cruises, in my office with his dog Mia, and at Pat and Livio's home in MIchigan. Livio wanted to share his life with others and always was available to talk and to listen and to share his friendship with each of us who were lucky enough to know him. Livio will be more than missed, however, I know that the best way to honor him is to emulate his behavior and offer friendship and a helping hand with his characteristic "twinkling eyes" and truly know that the world is a better place because he taught us how to make it so. Judy Williamson
Judy Williamson
Friend
November 18, 2021
Livio was one of my best friends in the World. I traveled to Italy two times and many other places in the world with him and Pat, his wife, who was a travel agent. Livio and Pat were my neighbors beginning when they moved to Benton Harbor. Livio was a special caring and giving friend. I grieve his loss, but celebrate his special life with Pat, their sons, family and countless friends. I cherish his memory.
Richard Wright
Friend
November 16, 2021
Our deepest and heartfelt condolences to the Andreatta family. We remember him as a kind, caring person and always willing to give a helping hand.
Aaron and Barb Michaelson
Friend
November 16, 2021
Showing 1 - 5 of 5 results