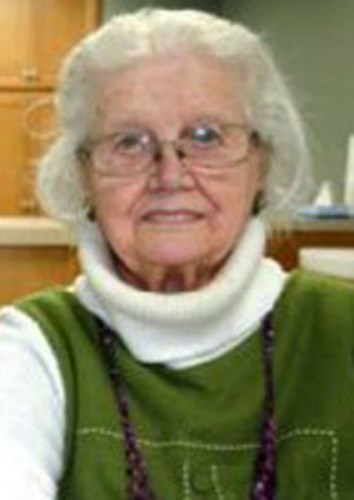 On May 29, 1937, she married Adolph J. Madejczyk of Fennville and moved to become a farmer's wife. Mary and Adolph raised three sons, Kenneth, Daniel and Joseph, on that farm and were married for 48 years until Adolph passed in the spring of 1985.

In 1986, Mary moved to Buchanan, and lived the remainder of her 104 years there.

Mary enjoyed volunteering at the River Valley Senior Center until the age of 103. Mary was also a familiar face at St. Agnes Catholic Church in Sawyer where, until the age of 100, she enjoyed driving herself to Sunday Mass. Mary also enjoyed her garden, tending to her flowers or just being outside enjoying nature.

Mary is survived by her three sons, Kenneth J. Madejzcyk of Grandville, Mich., Daniel J. Madejczyk of Buchanan and Joseph C. Madejczyk of Dewitt, Mich., and their spouses; seven grandchildren and 11 great-grandchildren.

Mary was preceded in death by her three younger siblings and her husband.

Family, friends and fellow parishioners will gather at 11 a.m. Oct. 23 for a funeral Mass at St. Agnes Catholic Church in Sawyer. Mary will later be laid to rest next to Adolph in Taylor Cemetery in Ganges Township.

The family prefers contributions in memory of Mary be given to the River Valley Senior Center.

Arrangements have been entrusted to Brown Funeral Home & Cremation Services.