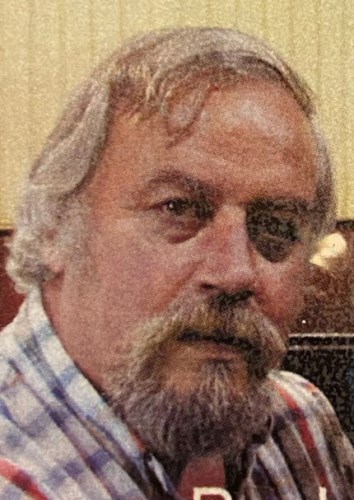 He attended St. Joseph Public Schools and was a graduate of St. Joseph High School.

At an early age, he was drafted into the U.S. Army, where he was a dedicated member, serving in Vietnam from 1968-69. He later retired from Whirlpool Corp.

He was united in holy matrimony to Bette (Ballard) Pecoraro on Oct. 16, 1971. Together they were blessed with two children.

Paul Pecoraro Jr. succumbed to natural causes on Oct. 15, 2021, at Spectrum Health Lakeland Medical Center in St. Joseph with family at his side. Paul and Bette would have celebrated 50 years of marriage the following day.

He was preceded in death by his father, Paul Pecoraro Sr.; mother, Margaret Mary Gates; and brother-in-law, Joseph Lodyga.

Published by The Herald-Palladium on Oct. 21, 2021.
To plant trees in memory, please visit the Sympathy Store.
MEMORIAL EVENTS
To offer your sympathy during this difficult time, you can now have memorial trees planted in a National Forest in memory of your loved one.
Funeral services provided by:
Purely Cremations - Benton Harbor
MAKE A DONATION
MEMORIES & CONDOLENCES
3 Entries
I have memories from many years ago of a great guy, very generous, lots of fun. Laughing until we cried.
David Foster
Friend
October 23, 2021
Remembering Paul fondly -
Candace Lausman Kollath
October 22, 2021
As the days and weeks pass, and as you return to life's routine, may you continue to feel comforted by the love and support of family and friends.
Anita Dansfield
Friend
October 19, 2021
Showing 1 - 3 of 3 results