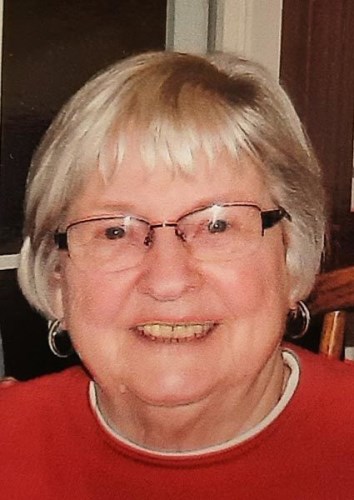 She is preceded in death by her parents; sister, Donna Ruff, and half brother, Kim Kimmel.

Reta lived in West Branch, Mich., for 42 years, working in Jerry's optometry office until he retired in 1992. Upon retirement, they lived near Leesburg, Fla., in winter months and Sandy Pines Resort, Mich., during the summers until they moved to the Bridgman area near their daughter in 2012.

Reta loved to cook and entertain – there was always an extra seat at the table. She will be remembered for her sense of humor, laughter, joy and love for her family and friends. We loved her in return and will miss her greatly.

She has been cremated and a memorial service is planned in the spring.

Published by The Herald-Palladium on Nov. 26, 2021.
To plant trees in memory, please visit the Sympathy Store.
MEMORIAL EVENTS
To offer your sympathy during this difficult time, you can now have memorial trees planted in a National Forest in memory of your loved one.
MAKE A DONATION
MEMORIES & CONDOLENCES
0 Entries
Be the first to post a memory or condolences.