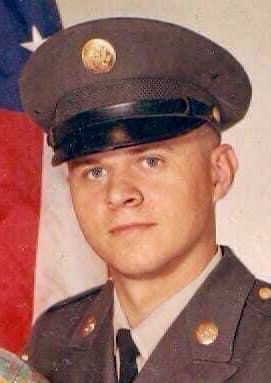 Ron's life began Oct. 13, 1948, in Detroit. He spent most of his life in the Detroit area until a couple years ago, when he and his wife, Sharon, retired to Coloma.

After high school, while Ron was in college, he was drafted to the United States Army Black Knight division, and proudly served his country during the Vietnam War. During his service, Ron earned the rank of sergeant (E-5) and earned many medals, among them a Purple Heart.

After serving his country, Ron returned home, and went to work at Tishken Products in Oak Park until retirement.

In his free time, you could find Ron enjoying his train collection, building model airplanes or flying radio-controlled planes. He also enjoyed computers and tinkering in electronics. Ron's favorite hobby was restoring his 1978 Ford LTD. He also enjoyed being outdoors, boating and camping.

Ron was a man who enjoyed being "on the go." He liked to shop, especially at Harbor Freight, or he was always up for finding a good coffee shop. Ron was a connoisseur of coffee brewers, with an extensive collection.

Above everything, Ron was a family man, and enjoyed doing things with his family, such as taking them on trips, especially to his favorite destination: Niagara Falls.

He just celebrated 51 loving years with his wife, Sharon (Wilkens) Gimik, whom he met exchanging letters while he was in boot camp.

Ron died Tuesday, Oct. 19, 2021, at Spectrum Health Lakeland Medical Center in St. Joseph. He was preceded in death by his parents, Leonard and Irene (Sarnowski) Gimik.

Friends can visit with Ron's family from 1-4 p.m. and 6-8 p.m. Sunday, Oct. 24 at Hutchins Funeral Home in Watervliet, where funeral services will be celebrated at 11 a.m. Monday, Oct. 25. Burial will follow in Fort Custer National Cemetery in Battle Creek, Mich.

Memorials can be made in Ron's memory to Parkinson's Foundation.

To leave an online message of comfort for Ron's family, visit www.hutchinsfuneral.com.