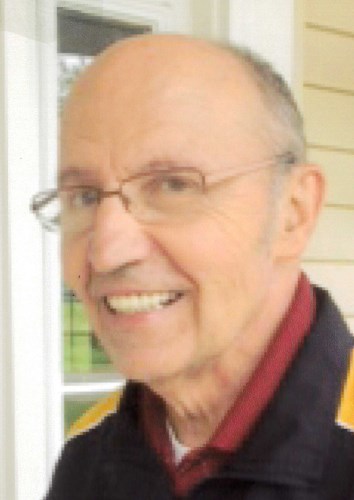 Ron, as he was known by most, was born Aug. 15, 1937, in Sterling, Ill. The son of Robert and Mary Ruth (Frye) Sonneman, both of whom preceded him in death. Also preceding him is his sister, Jean Galloway.

He graduated from the University of Illinois in 1959 with a bachelor's degree in business. While in college, Ron trained in the Reserved Officer's Training Corps. Served in the U.S. Army at Fort Lee Virginia for 2 1/2 years.

He returned to Illinois and took a job at Harris Bank in Chicago for 15 years. Ron moved to Stevensville in 1978 to head the trust department for Intercity Bank, now TCF, in St Joseph. He retired in 2001 as vice president of the trust department. Ron spent 38 years in the banking business.

Ron enjoyed lots of activities. His first love was fishing. He fished on many lakes and rivers in Wisconsin, where he also made trips to Canada with his brother, Warren.

When moving to Michigan, he began to play tennis and golf. Ron and Jan enjoyed cruises and trips to the Caribbean and Europe with friends.

Donations can be made to The Salvation Army, or Stevensville United Methodist Church.

A graveside service will be at 10 a.m. Saturday, May 15, at Spring Run Cemetery in Royalton Township, with pastor Dave Hills officiating. Those wishing to share a memory of Ronald online may do so at www.starks -menchinger.com.