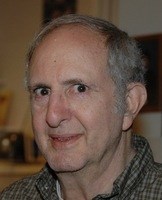 Joel Joseph Schwartz, PhD died peacefully at his home in Chapel Hill, NC, surrounded by family, on July 7, 2018. He was 81 years old. Dr. Schwartz was born in 1937, the third and youngest child of Rueben and Ann Schwartz, in Boston, where he grew up and attended Boston Latin secondary school and Harvard College.

After graduating from Harvard in 1960, he pursued graduate study on fellowship at Indiana University, where in 1965 he received a doctorate in Russian studies and political science. After completing his graduate studies, he accepted a position at the University of North Carolina at Chapel Hill, where he served as a member of the faculty for 43 years.

During his tenure at UNC-CH, Dr. Schwartz was the recipient of multiple teaching awards, including the University Professor of Distinguished Teaching, and five chancellor and student undergraduate awards. He also received the General Alumni Faculty Service Award. He served as inaugural Director of the university's Center for Teaching and Learning and, in 1995, he was Director of the UNC Honors Program in London. He was most proud, however, of his work with students that led to the establishment of the Apples Service-Learning program. That program is now an essential part of the undergraduate curriculum.

Joel was President of the Beth El synagogue for two terms, serving the Jewish community with compassion and commitment. Using his natural oratory skills, he delivered many thoughtful bar and bat mitzvah speeches to young people during this important rite of passage.

Throughout his adult life, in both his professional and personal activities, Joel was a passionate advocate for those who were marginalized by society, bringing attention to their challenges through his teaching and service. He also honored those who helped his immigrant ancestors when they came to the United States as refugees by working to assist refugees who arrived to our shores during his lifetime.

Joel is survived by his wife, Myrna, who was a UNC librarian for 45 years and who accompanied him through life's joys and challenges for 59 years. As well, he leaves to remember him his sons, David (wife Maria Marta) and Ray (wife Maria Emilia) and his three grandchildren, who were his greatest joy and source of happiness in his final years. His memory is a blessing to his family, friends, and to those whom he affected in life-changing ways and whose lives he enriched and who, in turn, enriched his life. Joel is also survived by his sister Sara Lee of Boston and her children and grandchildren.

I was desvasted, still feel the terrible lost of not having among us

He passes away on the birthday of my younger daughter... nothing is coincidence.
He once told me that I have to choose between grieving for my autistic girl or continue my dreams.

I did follow his advices and many many times pictures himself telling me to choose happiness.

Oh Myrna! I am so sorry for you and David and Ray, for your grandchild and the wives of your sons..

We made a family pray today for Joel and the happiness of our lives were cross at certain point.. when i was a young mother of four small children and we lived in your Chapel Hill house.

Now Joel is not with us, I am a mature women mother of six.. I did follow my dreams, my life was not stopped for Catalina's diagnosis and this was because you and Joel were beside me and because this meeting at Chapel Hill's house desk where he talk straight to me about life, happiness, sorrow and hope

Receive a big hug and please keep in touch. I will be praying for all of you and thanking our Lord for Joel's life
María Ines Verdugo
August 9, 2018
I know it is trite to say, but the world is a worse place without Joel. If Senator Paul Wellstone had not tragically died in a plane crash while campaigning for president and had in fact won, I think he would have asked Joel to be his Secretary of Health and Welfare. And that would have been a fitting and great choice.

I knew Joel as a classmate in high school, class of 55, but we really became friends in 1970 when he was a visiting prof at UC Berkeley and I was working on my doctorate in social welfare. I can say from my own experience sitting in on Joels class on poverty, that Professor Schwartz could pack more information coherently into a lecture than any other prof I ever experienced. All the UNC plaudits mentioned in the obit are well deserved.

My sincerest condolences to Myrna and David and Ray and their wives and children. I know that those meaningful and rich relationships extended Joels life for a number of years. Although our contact in recent years was limited, I have thought of Joel often and will truly miss him.

Stan Wenocur, Ph.D.
Professor Emeritus
Un of MD Baltimore
Stan Wenocur
Friend
July 30, 2018
Dear Myrna and family, My deepest sympathy for your entire family as you grieve. I am so glad to understand that he had so much family near him and that you have each other to comfort. Sincerely, Katie Rehkopf
Katie Rehkopf
Acquaintance
July 16, 2018
Dear Myrna with family,

My deep condolences to you on your husbund Joel passing away. I will never forget how you and Joel took care of me during my staying at UNC in spring 1989. Joel amused me several times with anekdotes on several actual political events.

Sincerely yours
Rein
July 12, 2018
May God bless you and your family in this time of sorrow.
Gina Rushing
July 10, 2018
Gina Rushing
July 10, 2018
Myrna, I offer my heart-felt condolences. I have many many fond memories of stimulating conversations by the lake and in your home. You both were always so gracious, welcoming, and kind to me. You both hold a cherished place in my heart.
Barbara chaiken
July 9, 2018
Showing 1 - 9 of 9 results