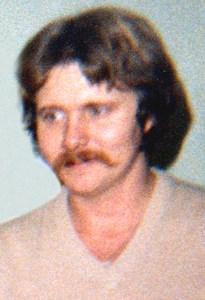 Don had previously worked as a realtor for a number of firms in the Hickory area and was currently employed by Domino's Pizza as a delivery driver. Outside of work and family, Don volunteered his time as a soccer and basketball coach and refereed basketball at Clyde Campbell Elementary School as well as coaching soccer at the Conover YMCA. Don also enjoyed gardening, following baseball, and spending time with his beagle, Sweetie.

In lieu of flowers, donations may be made to World Vision or Boys Town.

www.drumfh-hickory.com
Published by Hickory Daily Record on Apr. 14, 2021.
To plant trees in memory, please visit our Sympathy Store.
MEMORIAL EVENTS
Apr
17
Visitation
1:00p.m. - 1:45p.m.
Drum Funeral Home - Hickory
940 29th Avenue NE, Hickory, NC
Apr
17
Memorial service
2:00p.m.
Drum Funeral Home - Hickory
940 29th Avenue NE, Hickory, NC
Funeral services provided by:
Drum Funeral Home - Hickory
MAKE A DONATION
MEMORIES & CONDOLENCES
Sponsored by Drum Funeral Home - Hickory.
3 Entries
So sorry to hear about Don´s passing. I will always remember how much Don helped out with the basketball program at Clyde Campbell. He was always available and would do anything to help. He will really be missed. When I heard about this today I could immediately hear his voice as clear as I did 25 years ago. RIP Don.
Jay Samuels
April 14, 2021
So very sorry for your loss.. I went to school with Buzzy and knew him well..
Wanda Yancheski
April 14, 2021
So sorry to hear about Don. Our families spent a many days on the soccer fields coaching and watching our children play. I will never forget announcing high school games in the press box along with "Buzzy". Your family is in our prayers. God Bless You my friend, you will be greatly missed, but never forgotten !
Topper Mitchell
April 14, 2021
Showing 1 - 3 of 3 results