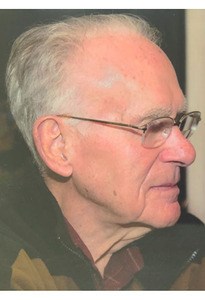 Eugene 'Paul' Wise was surrounded by family when he passed away at home Sunday afternoon, July 18, 2021, at 99 years young.

Paul was born to Claude and Shirley (Gorrell) Wise in Kirksville, Mo., and raised in Baton Rouge, La. Paul grew up with his older brother, Harry; and younger sister, Margaret Ruth, all the while building and sailing kayaks and camping on the lakes and bayous around Baton Rouge and New Orleans. Following high school, he attended Louisiana State University, where he earned his Bachelor's degree in mechanical engineering in the midst of World War II. He followed with a Masters in Automotive Engineering at Chrysler Institute of Engineering in Highland Park, Mich., while employed at the Chrysler Corporation.

Although Paul started out at Chrysler, the majority of his career was spent with his "aerospace" friends and colleagues at Williams International in Walled Lake, Mich., where his proudest accomplishment was project director for development of the FJ44 turbofan engine, now used in several small business jets, as well as the Virgin Atlantic Global Flyer, known for a world speed record for around-the-world, solo-non-stop and non-refueled flight by Steve Fossett in 2005. Paul loved airplanes his entire life and later built his own Van's RV-12, a two-seat, single-engine, airplane in the garage in Hickory, where he was an active member of the Experimental Aircraft Association (EAA) and updated his flying skills. He attended the EAA Airventure show in Oshkosh, Wis., numerous times in retirement and the Paris Air Show in 1997.

He married the love of his life, Margaret "Margo" Robinson in September 1946, and they raised their daughter, Claudia; and son, Roger, in Bloomfield Hills, Mich. After retiring from Williams in 1993, the couple moved to Hickory to begin the next chapter in life and enjoy activities with their grandchildren. Paul and Margo very much appreciated the local arts scene, library, and Western Piedmont Symphony in Hickory.

He spent much of his free time traveling, throughout North America and Europe, but he and Margo had a special affinity for Guatemala, Costa Rica, and Mexico, and they transferred their love and appreciation of Central American art and culture to their family.

In addition to his love of aeronautics, Paul was an avid sailor, and had several "day sailors" through the years, including Paul's favorite M16 scow, on nearby Walnut Lake, which were used for summer play with his family. Paul and family continued these sailing adventures throughout his life cruising in the Virgin Islands, Greece, Turkey and the intracoastal waterways of the Florida Gulf coast and Outer Banks of North Carolina.

He truly enjoyed various building projects for and with his family ranging from decks and docks, to the long-term endeavor of constructing the family cottage on Dog Island, Fla. Growing up in Baton Rouge, Paul developed a special fondness for Gulf Coast barrier islands, and he and Margo jumped at the chance to purchase a few lots on Dog Island in the Florida panhandle, where they started building in 1974. A true family affair; the next 45 years were the adventure of his life, from jetting in the pilings to hurricane cleanups, to hours spent sailing and fishing in St. George Sound. Dog Island and Hickory became gathering places for extended family. Family and friends looked forward to morning waffles, holiday fudge, glug, boiled shrimp, grilled fish, and his famous blend of margaritas. Up at dawn on Dog Island, you could find Paul sitting on the upper perch above the house, drinking coffee watching the ocean come to life or prepping the M16 or Sunfish for a morning sail. Happy sailing to our dear father, grandfather, great-grandfather, uncle, great-uncle, mentor and friend.

A memorial service is planned for a later date on Dog Island, Fla.

Memorials may be made to The Nature Conservancy, www.preserve.nature.org/page/81523/donate/1 or the Western Piedmont Symphony, www.wpsymphony.org/memorial-honorary-gifts/, 243 3rd Ave. NE, Suite #1, Hickory, NC 28601.

The family would like to give special thanks to Debbie Alexander, Glenda Miller and the staff at Caregivers By Design for their loving care given to Paul in his final years.

Published by Hickory Daily Record on Jul. 23, 2021.
To plant trees in memory, please visit the Sympathy Store.
MEMORIAL EVENTS
To offer your sympathy during this difficult time, you can now have memorial trees planted in a National Forest in memory of your loved one.
MAKE A DONATION
MEMORIES & CONDOLENCES
0 Entries
Be the first to post a memory or condolences.