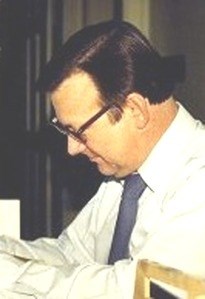 Born March 9, 1942, in Charleston, S.C., he was the son of the late Fred Hall and Mary Ramsey Hall. In addition to his parents, he was preceded in death by his sister, Janella Boone.

He is survived by his wife, Juanita Tipton Hall of the home; daughter, Nichole Hall of Lenoir; and brother, Larry Hall of Mitchell County.

Lloyd was in the U.S. Army and a native of Yancey County. In the late 1950s, he lived with his family in Detroit, Mich., before moving back to North Carolina. In the early 1960s, he attended East Tennessee State University and later on graduated from Catawba Valley Community College, with an associate's degree in automotive technology.

In April of 1963, Lloyd was hired by Kenneth Millholland for work at the Hickory Daily Record. In 1965, Lloyd married the love of his life, Juanita Tipton. That same year, Lloyd was drafted in the U.S. Army for Vietnam. During that time, Mr. Millholland held his job for him and continued to stay in contact with him while he was serving in Vietnam through 1967.

During the 1980s, Lloyd was circulation manager and worked for a total of 56 years at the Hickory Daily Record. When he was not working, he was always playing music in bluegrass and gospel bands. Also in addition to music, Lloyd was a licensed ham radio operator, who was listening, learning, and making contact with other radio operators all over the world.

Services will be scheduled at a later date.

Bass-Smith Granite is serving the family of Lloyd Ramsey Hall.

Published by Hickory Daily Record on Jan. 14, 2022.
To plant trees in memory, please visit the Sympathy Store.
MEMORIAL EVENTS
To offer your sympathy during this difficult time, you can now have memorial trees planted in a National Forest in memory of your loved one.
Funeral services provided by:
Bass-Smith Granite Funeral Service
MAKE A DONATION
MEMORIES & CONDOLENCES
Sponsored by Bass-Smith Granite Funeral Service.
1 Entry
HE WILL SURELY BE MISSED
HICKORY WHOLESALE CARS
January 19, 2022
Showing 1 - 1 of 1 results