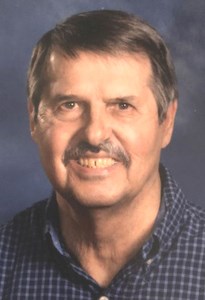 Mike attended St. Stephens High School. He served in the U.S. Air Force, as an Air Policeman from 1961 to 1964, where he obtained his GED in 1963. He was a UPS driver for 30 years and a member of the Teamsters from 1967 to 1996, holding the role of Shop Steward during his service. Mike was a Realtor from 1996 to 2020, as a part of The Kilby Team at Realty Executives of Hickory. Mike was an active member of Trinity Reformed Church of Christ since 1991. Mike adored his wife and was a dedicated and protective father, grandfather, uncle and godfather. He was a fan of football, whether cheering on his sons and grandson, coaching or watching the Panthers on T.V. He was a hardworking man, who expected a lot of from people, but he rewarded his friends and family with kindness and generosity throughout his life. Mike was also known for his amazing one-liners.

Mike was preceded in death by his parents and two sisters, Marlene Melvin and Sheila Stewart.

A Celebration of Life will be held at 2 p.m., Saturday, Nov. 21, outdoors at Trinity Reformed United Church of Christ, 217 2nd Ave. NE, Conover, NC. Military honors will follow at the conclusion of the service.

In lieu of flowers, please make a gift to The Leukemia And Lymphoma Society and Donate Life North Carolina.

To plant trees in memory, please visit our Sympathy Store.
Published by Hickory Daily Record on Nov. 20, 2020.
MEMORIAL EVENTS
Nov
21
Celebration of Life
2:00p.m.
Trinity Reformed United Church of Christ
217 2nd Ave. NE, Conover, North Carolina
Funeral services provided by:
Jenkins Funeral Home and Cremation Service
GUEST BOOK
5 Entries
I am very sorry to hear this, Mike always had a smile on his face. I went to a lot of Open Houses years ago and he was a joyful person to meet. Prayers to the family, I know they will miss him.
Sundee Southers
November 24, 2020
My deepest sympathy to Dawn and her family. Mike was a dear friend and I'll never forget him. He was a pleasure to meet and know. Marsha and I send you our prayers and love.
Larry Rhoton
November 23, 2020
i just loved mike he was always nice to me at ups . he will be missed by many
regina estes
November 21, 2020
Dawn and Family, I am so very saddened to hear of Mike's passing. I pray that God's loving arms will surround you all and give you strength in the coming days. May you find peace in the love and memories you all share. May God bless you all always.
Brenda Edwards
November 20, 2020
I am so sorry to hear of Mike's passing. My thoughts are with you during this sad time.
Brenda Hughes
November 20, 2020