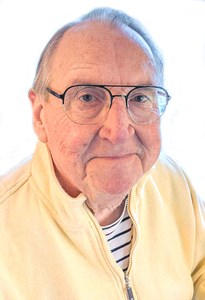 Michael Bradford Robbins, 74, a longtime resident of Hickory, passed away peacefully Monday, Feb. 15, 2021, in North Myrtle Beach, S.C., after complications from a stroke.

Michael was born in Richmond, Va., grew up in Hudson, and graduated from Hudson High School. After serving his country in the U.S. Air Force, Michael graduated from the University of North Carolina at Chapel Hill with a bachelor's in business administration.

After graduation, Michael worked as a certified public accountant in Lenoir and Hickory. Michael was the president of the Catawba Valley chapter of CPAs. After his accounting career, Michael became an investment advisor and started Tar Heel Wealth Management in Hickory. After retiring in 2017, Michael moved to North Myrtle Beach, S.C.

During his life, Michael loved cheering for his beloved Tar Heels, listening to beach music, being a "Pop Pop" to his grandchildren and spending time with his family and friends. He will be remembered as a loyal friend, a sharp dresser, someone who would always lend a helping hand and the most tenderhearted man who was loved by all who knew him.

Michael is survived by his wife, Jennifer Robbins; his two sons from his first marriage, Elliot (Amanda) Robbins of Birmingham, Ala., and their children, Baylor, Griffin, and Julia; Jordan Robbins of Hickory; stepdaughter, Lee (Bryan) DeBlaker of Wake Forest; his mother, Margaret "Peg" Robbins of Lenoir; and brother, Doug (Rene) Robbins of Surfside Beach, S.C.

He was preceded in death by his father, Lake Robbins.

The family asks that in lieu of flowers, donations can be made in his honor to the American Heart Association/American Stroke Association (Southeast Chapter), P.O. Box 840692, Dallas, TX 75284-0692 or at www.heart.org.

To plant trees in memory, please visit our Sympathy Store.
Published by Hickory Daily Record on Feb. 21, 2021.
MEMORIAL EVENTS
No memorial events are currently scheduled.
To offer your sympathy during this difficult time, you can now have memorial trees planted in a National Forest in memory of your loved one.
GUEST BOOK
1 Entry
Michael and I were friends and co-workers for years and a lot of good times were had Rest In Peace my brother and we´ll meet up at the Santa Fe Station soon
Larry Crouch
February 22, 2021