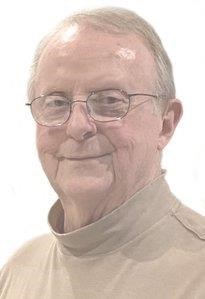 Thomas "Tom" Calvin McGalliard, 77 of Knoxville, Tenn., passed away Thursday, July 29, 2021, at Vanderbilt University Medical Center, surrounded by his family and pastor, after a courageous battle with leukemia.

Born Jan. 29, 1944, he was the only child of Thomas and Velda McGalliard. He grew up in Longview where he played sandlot baseball games, worked in the family garden, and ran a paper route on a bike with a legendarily large basket on the front. He stayed up late listening to WMCM radio while Red Barber and Vin Scully announced Brooklyn Dodger baseball games, which began his passion for all things Dodger blue.

After graduating from Hickory High School in 1962, Tom attended Lenoir-Rhyne College where he met the love of his life, Nancy Kay Newton. He graduated with an economics degree in 1966 and began working for Proctor & Gamble. Tom and Nancy began their 57-year journey as husband and wife, Aug. 9, 1964, with a ceremony at Holy Trinity Church in Hickory. Together they have danced to every Carolina beach music song.

Tom switched careers in 1970. He joined the financial sector, first with Shenandoah Life Insurance from 1970 to 1986, and then as his own boss with TCM Associates for the last 35 years. During this time, he established himself as one of Knoxville's most respected small business owners and financial planners. He was a true advocate for his clients who often became friends.

In addition to his wife, Tom loved many things: their kids and families; the Dodgers; three pets across the rainbow bridge, rescue dogs, Casey and Maggie; and Butch the cat; cooking, hiking, reading, traveling, gardening, and golf; birdwatching in the backyard; and in the last few years woodworking in a basement carpentry shop of his own design. He enjoyed coaching and watching his kids play sports, dance, and cheer throughout their childhoods. And over the last 10 years, nothing made him happier than watching his grandson play youth, travel, and eventually high school baseball.

He delighted in gathering family and friends at Sunset Beach for a week of porch sitting, Calabash seafood, fishing off the pier with his grandson, and walks to either end of the barrier island, where he would find the occasional sand dollar or keyhole. He and Nancy have made many treks to coastal Maine, upstate New York, and Maryland to visit the families of their son and daughter.

Tom believed in the power of fellowship and community. He became a member of St. John's Lutheran Church in 1973. Over the last 48 years, he volunteered his time on councils and committees; youth groups and Wednesday night dinners for what became an extended family in this downtown Knoxville home away from home.

He is survived by his beloved wife, Nancy; their two children and families, Tad (son), Sharon (daughter-in-law), and Thomas McGalliard (grandson); Anna (daughter) and John Zavodny (son-in- law); and a host of cousins and friends.

A celebration of life will be held at a future date due to the ongoing COVID-19 pandemic.

In lieu of flowers, friends and family are invited to donate to St. John's Lutheran Church at sjlcknox.org or to The Leukemia And Lymphoma Society at www.lls.org.

Published by Hickory Daily Record on Aug. 2, 2021.
To plant trees in memory, please visit the Sympathy Store.
MEMORIAL EVENTS
To offer your sympathy during this difficult time, you can now have memorial trees planted in a National Forest in memory of your loved one.
Funeral services provided by:
Bass-Smith Funeral Home and Crematory
MAKE A DONATION
Please consider a donation as requested by the family.
MEMORIES & CONDOLENCES
Sponsored by Bass-Smith Funeral Home and Crematory.
5 Entries
Nancy we share in your grief at the passing of a beloved cousin. Tom was a little older and I always thought him to be so handsome and always so kind. He remained the same throughout his last life. We remember him with fondness and how he fought so courageously against leukemia. His arrival in heaven I am sure was a joyous occasion. Much love and sympathy to you and your family. Regards Ron & Renee Hindson
Renee McGalliard Hindson
August 5, 2021
Nancy, Gene and I were saddened to learn of Tom's passing but take comfort in the knowledge that he is now in the presence of our Lord. We will be praying for peace for you in the days ahead that only He can provide. Love to you and your family!
Gene and Pati McKinney
August 4, 2021
Sharing your sadness. And thanking you for the wonderful obit bio. Tommy and I were playmates on the street where he lived in Longview, NC. We played cowboys, using his toy guns because my Mimi wouldn´t buy me any because "girls don´t play with guns." I´ve often wondered about Tommy (that´s who he was to me). And your beautiful story of his life made me wish our families could have shared some of our life together. I am a few years older than Tommy. And am so happy for him and your family to have had so great a family and life experiences. And I wish Tommy could have known about my beautiful family as well. My husband, Albert died in 2007, after 52 years helping me raise four lovely children; 2 sons and 2 daughters. May Our God bless you as you adjust to your great loss. My prayers are with you.
Billie Marie Wray Parkhurst
Friend
August 2, 2021
Nancy, I´m so sorry to hear the sad news about Tommy! I loved seeing y´all dance at our class reunions. You both could "throw down" to Beach music!!! He will be missed. God be with you & your family. Condolences to all. Janice Belk
Janice Belk
School
August 2, 2021
After HHS, we were separated by many miles and very different careers. However I treasure the memories of seeing that smiling face as we passed each other going from class to class. Tom (Tommy) was a friend to all. He continued that trait of being a friend to all the rest of his life. His impact on family, friends and clients in Knoxville, TN will be cherished by many. RIP in Peace and may God give your family the Peace that surpasses all understanding.
Cliff Mosteller
School
August 2, 2021
Showing 1 - 5 of 5 results