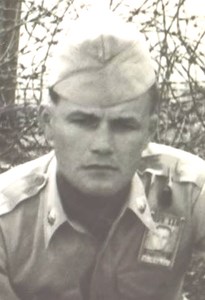 William Carl Hamilton Sr., 87, of Granite Falls, passed away unexpectedly Saturday, May 8, 2021, at his residence.

He was born in Bucks County, Pa., April 27, 1934, the son of the late William Hugh and Maria Anna Pflaumer Hamilton. In addition to his parents, he was preceded in death by his wife, Eugenie Ruckdeschel Hamilton; and his daughter-in-law, Sherry Hamilton.

Mr. Hamilton was an Army veteran, having served during the Korean War.

The graveside service will be held Friday, May 14, at 11 a.m., at Woodlawn Memorial Gardens with military honors presented.

To plant trees in memory, please visit our Sympathy Store.
Published by Hickory Daily Record on May 12, 2021.
MEMORIAL EVENTS
May
14
Graveside service
11:00a.m.
Woodlawn Memorial Gardens
MEMORIES & CONDOLENCES
0 Entries
Be the first to post a memory or condolences.