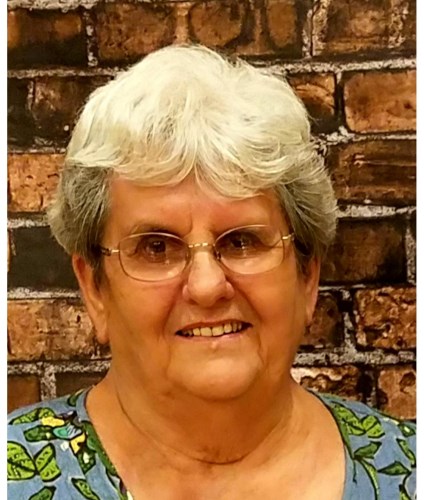 BORN
1941
DIED
2021
FUNERAL HOME
Nelson Funeral Home
162 East 400 North
Logan, UT
Annette Roskelley Chambers passed away Saturday, October 9, 2021. Thanks to many tender mercies, she was able to be at home with her loved ones when she left this world to be reunited with her beloved husband.

Annette was born on January 5, 1941 to Dorris Roskelley and LaRay Thurston Roskelley. She remembered fondly growing up surrounded by family in the town she lived in her entire life. After graduating from North Cache High School in 1959, Annette married George Cleon Chambers in the Logan, Utah Temple of The Church of Jesus Christ of Latter-Day Saints on August 7 of that same year. Together, they were blessed with eight children.

She spent many hours on the farm doing whatever was needed, but her greatest joy was her family. There was a constant stream of people in the Chambers' home and Annette always had a warm hello and often a slice of fresh homemade bread ready to greet them as they came and went. It wasn't uncommon to find her singing one of her signature nursery rhymes to her grandchildren with a pile of jeans waiting in the corner to be hemmed and patched. She found purpose in taking care of the ones she loved, often with a hot meal, a welcoming seat, and a gameshow she lovingly muted to give them her undivided attention.

Annette enjoyed her time working at the Smithfield Livestock Auction. She didn't stick around for 20 plus years for the paycheck, but for the many friends she made. Most often, though, she could be found cheering from the sidelines supporting her kids, grandkids, and great grandkids at rodeos, ballgames, and any other activity that was important to them. She also enjoyed frequent car rides up the canyon with her sweetheart Cleon.

She had a strong testimony of her Savior and followed His example by serving not only her family, but countless others through her many church callings and the way she lived her life. Together, Annette and Cleon served for six years in the Logan Temple.

Her beloved titles were Mom, Grandma, and Aunt Nettie, and everyone that was lucky enough to call her by those names will miss her very much.

She is survived by her eight children, Lisa(Ron) Nielson, Denice(Kenny) Rawlings, Julie(Bryan) Wilkinson, Chris(Lari) Chambers, Stacy(Corey) Law, Shellie(Bruce) Anderson, Stephanie(Cory) Merrill, Amy(Ryan) White; her 51 grandkids and her 26 (soon to be 31) great grandkids; her sister, Karen(Mike) Brooks and sister-in-law, Nelda Roskelley. She was preceded in death by her husband, Cleon, her parents, her brother, Eugene Roskelley, her sisters, Maureen Collier and Sharon Olsen, and her in-laws.

Funeral services will be held Monday, October 18, 2021 at 12 p.m. in the Smithfield South Stake Center at 451 South 250 East. Two viewings will be held, the first at the Nelson Funeral Home in Logan on Sunday evening from 6 p.m. to 8 p.m. and the second on Monday morning from 10:00 a.m. to 11:30 a.m. at the Smithfield South Stake Center. Interment will be in the Smithfield City Cemetery immediately after. Condolences may be sent to the family online at www.nelsonfuneralhome.com.