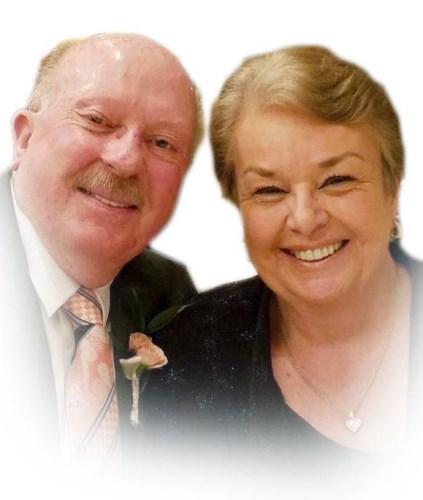 BORN
1941
DIED
2021
FUNERAL HOME
Allen-Hall Mortuary
34 East Center Street
Logan, UT
Gordon Kent Rasmussen and Sharon Louise Scarbourough passed peacefully from this life on Friday, September 17, and Monday, September 20 just a few days after their 58th wedding anniversary. Kent was a beloved father, grandpa, brother, and friend, with a great sense of humor and a profound love for his Heavenly Father and family. He was born May 22, 1941, to Gordon Albert Rasmussen and Rita Irene Dudley in Lethbridge Alberta Canada. His family moved to the United States when he was 16 yrs old. Kent worked for the Southern Pacific/Union Pacific Railroad Company for over forty years and served faithfully in many callings for the Church of Jesus Christ of Latter Day Saints.

Sharon, born March 1, 1946, in Compton California to Mitchell James Scarborough and Belle Born, grew up in Anaheim California. She attended Magnolia High School where she graduated in 1963. The two were married on September 10, 1963, living in Garden Grove then moving to Anaheim where they lived until their retirement. Sharon volunteered in the administrative office of King of Kings elementary school where their daughters attended and worked at Loara High School in the attendance office for twenty years. The couple retired to Logan Utah in 2004 to be with their family. They are survived by their two daughters Shellie Giddings and Joanna Atwood, eight grandchildren, and fifteen great-grandchildren.

Funeral services for both Kent & Sharon will be Saturday, September 25th at 1:00 p.m. at Allen-Hall Mortuary (34 E Center in Logan). A viewing will held from 11:30 a.m. to 12:30 p.m. prior to services at the funeral home. To view the funeral live and to send messages to the family go to www.allenmortuaries.net.
Published by Logan Herald Journal on Sep. 23, 2021.
To plant trees in memory, please visit the Sympathy Store.
MEMORIAL EVENTS
To offer your sympathy during this difficult time, you can now have memorial trees planted in a National Forest in memory of your loved one.
Funeral services provided by:
Allen-Hall Mortuary
MAKE A DONATION
MEMORIES & CONDOLENCES
Sponsored by Allen-Hall Mortuary.
1 Entry
My sincere condolences to the family of Kent and Sharon. I'm so sorry to learn of their passing. They were good friends of our family through church and school and will be missed. May the love of family and friends be of comfort to you during this tender time.
Burke Bodily
Friend
September 23, 2021
Showing 1 - 1 of 1 results