FUNERAL HOME
Nelson Funeral Home
162 East 400 North
Logan, UT 84321
J R Allred
May 8, 1928 - April 16, 2018
J R Allred 89, died Monday, April 16, 2018 at Kaysville, Utah.
He was born May 8, 1928, at home on the family farm at Ballard, Uintah County, a son of Vern Henry and Mabel Cloward Allred.
He attended elementary school and junior high in Uintah County before the family moved to Ogden. J R was active in sports and theater and served as student body president at Ogden High School, where he graduated in 1946. He also graduated from Weber College and received a bachelor of arts degree at the University of Utah in 1950. Later, he received a master of science degree at Colorado State University and did additional graduate work at Utah State University.
He met his wife Theresa in Ogden and they were married on December 27, 1950, in the Logan LDS Temple. They were blessed with four stalwart sons.
J R began working at newspapers while still a high school student, writing some sports for the Ogden Standard-Examiner and then writing news and sports for the Salt Lake Tribune for about five years. Nearly all of his professional career was related to writing. He worked part-time for the Anchorage (Alaska) Times while he was in the U.S. Army there. He was a contributor of publicity materials to many newspapers and other media during a 40-year career in university public relations. He also did some newspaper and magazine freelancing along the way, and particularly after retirement when he wrote numerous travel articles.
With a degree in secondary education, he signed a contract to teach in the Ogden City Schools, but that experience was cut short after only a few weeks when he was drafted for the Korean War in October 1950. He served as an officer at Fort Carson, Colorado, and in Anchorage, Alaska, where Theresa joined him after their marriage.
Soon after returning from the Army he took a job at Colorado State University. Many of their lifelong friends were made in the five years they lived in Fort Collins. In 1958 J R began an association with Utah State University that continued more than 35 years. The family lived for a time in Logan and then moved to their treasured home in Hyde Park. While at USU, he was the public-address announcer at football and basketball games for many years. He loved Aggie ice cream and was known for buying and sharing large containers of it with family and friends.
J R was a faithful and committed member of The Church of Jesus Christ of Latter-day Saints, serving in various callings including bishop, member of the General Aaronic Priesthood Committee and temple officiator in the Logan LDS Temple.
As Theresa experienced failing health prior to her death in 2012, J R was a kind and attentive caregiver. His dedicated service to her in the difficult last years of her life was a powerful example of a devoted husband.
In J R's final years, he was loved and served by wonderful neighbors and friends in Hyde Park and the surrounding Cache Valley area. He and his family will always remember the generous kindness so many showed him.
J R inspired his family and others to be kind, honorable, educated, and forgiving. He did so not through words but through living a life of unfaltering integrity, generosity and humility.
J R is survived by his four sons, Mark J Allred (Karen) of Centerville; Kirk H Allred (Leslie) of North Ogden; Alan Scott Allred (Challi) of Payson, and J Brian Allred (Wanda (deceased) and Cynthia) of Kaysville; by 21 grandchildren and 46 great-grandchildren; and his sister-in-law Ardith Allred. He was preceded in death by his wife Theresa, his parents, his brothers and sisters-in-law Dee and Zola Allred, Jack Allred, Glen and Helen Allred, sister and brother-in-law, Lola and Reed Sessions, and daughter in-law Wanda Williamson
A viewing will be held Friday, April 20, from 6 to 8 p.m. at Nelson Funeral Home, 162 E. 400 North, Logan. Funeral services will be held at the Hyde Park 2nd Ward chapel, 535 E. 200 South, on Saturday, April 21, at 1 p.m. with a viewing prior from 11:30 a.m. to 12:30 p.m. Interment will follow at the Hyde Park Cemetery.
Condolences and memories may be shared online at www.nelsonfuneralhome.com.

To plant trees in memory, please visit our Sympathy Store.
Published by Logan Herald Journal from Apr. 19 to Apr. 20, 2018.
MEMORIAL EVENTS
No memorial events are currently scheduled.
To offer your sympathy during this difficult time, you can now have memorial trees planted in a National Forest in memory of your loved one.
Funeral services provided by:
Nelson Funeral Home
MEMORIES & CONDOLENCES
4 Entries
As the days and weeks pass, and as you return to life's routine, may you continue to feel comforted by the love and support of family and friends.
Kathryn Lundgren
Family
April 21, 2018
I was saddened to read that J.R. died. What a loss to his family, Cache Valle, and the world beyond. I knew JR when I was a student and then as a faculty member at USU. He was always kind, warm, and professional. I'm very sorry for your loss.
Steven Dunn
April 20, 2018 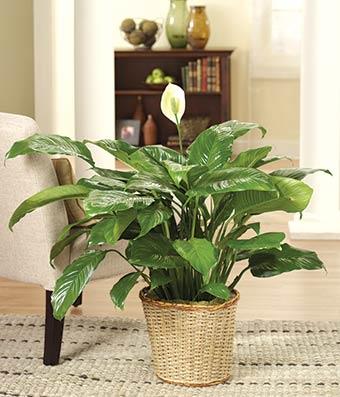 a loved one
April 19, 2018
I so admired J.R. in many ways. He and his marvelous partner Theresa endowed a scholarship for students. He was a terrific member of the USU Aggie family, and he wrote marvelous travel articles after retirement for the Herald Journal that inspired me to start a travel blog. He was a person of integrity and good humor. I will miss seeing him in the gym and in Hyde Park.
Joyce Kinkead
April 19, 2018