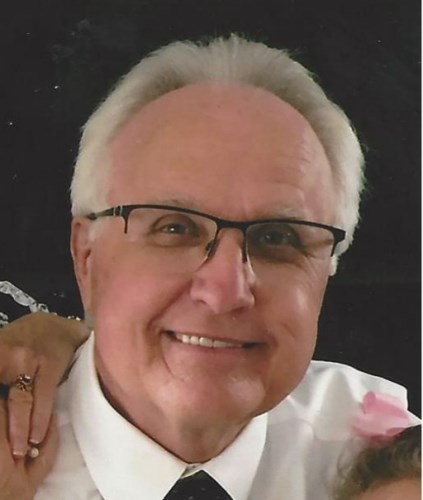 Kirt was born July 23, 1952, the fourth son and child to Vern Weatherston McFarland and Grace NaDean Lowe of Franklin, Idaho.

After the loss of his father to a tractor accident on the family farm in Franklin, Kirt moved with his mother and 5 brothers, to Logan, Utah, where he attended Wilson Elementary. While attending Logan High School, he was the "Grizzly" bear mascot his junior year, and then went on to become the first male cheerleader his senior year. He then attended Utah State University where he was an Aggie cheerleader. He loved adventure and so began motocross racing where he excelled at his riding skills. He was well known in the Cache Valley community due to his winning numerous races and building a motocross track.

Kirt served a two year mission for the Church of Jesus Christ of Latter Day Saints, to the British Columbia Alaska Mission from 1971 to 1973. After returning from his mission, he met and married Nancy Ann Hunter. Of this marriage, came two beautiful children, Melissa Ann and Brady Kirt. He worked for Parsons Concrete, in the Cache Valley area driving cement trucks. Kirt was never afraid to try anything in life. He decided to build his first home in Mendon, Utah, from the ground up with the help of an older retired contractor. When Kirt and Nancy divorced, he had the opportunity to move to Arizona to become the broker for King B Jerky Co.

He dated and married his sweetheart, Julie Jon Slade, in 1980, and of this marriage came two beautiful daughters, Lisa and Brooke. Kirt thrived when he was working and began to expand his brokerage business beyond selling beef jerky, to snack and food items. He was a natural entrepreneur and developed many novel food and snack items. Because of Kirt's salesmanship skills, he excelled in business and went on to patent and trademark some of his business ideas. He was well known and liked by his business associates as well as his customers. Over the years Kirt became known as "The Jerky Man".

Kirt and Julie took on the task of being their own contractors and together built six homes throughout Mesa and Gilbert, Arizona, within the first 12 years of their marriage. Kirt was a wonderful father and instilled in his four children his love of thrill seeking adventure. He did this through riding roller coasters across the country, snow and water skiing, and many boating trips to Lake Powell.

Kirt treasured his grandchildren more than life itself and loved singing to them a favorite family song "Over the River and Through the Woods". He will be deeply missed by his grandchildren.

Kirt was preceded in passing by his parents, Vern Weatherston McFarland and Grace NaDean Lowe, and his two brothers Royal and Jeffery. He is survived by his wife Julie and his children, daughter Melissa and granddaughter Ellinor of Washington State; Son Brady of Arizona; Daughter Lisa (Matt) Bitter and grandchildren, Landon, Abigail and Pearson of Utah; Daughter Brooke (Justin) Rolph and granddaughters Emma, Hannah, Leah, and Clara of Arizona; Siblings; Tom (Chris), Wade (Cindy), Duffy (Connie).

Funeral services for immediate family will be held on Saturday, October 9th, 2021 at 10 am at the Kimball Stake Center at 1266 South 32nd Street, Mesa, Arizona 85204. The funeral will be streamed for all those who wish to view (A link to the services will be available the week prior).

He will be interred at the Mountain View Cemetery in Mesa, Arizona.
Published by Logan Herald Journal from Sep. 25 to Sep. 24, 2021.
To plant trees in memory, please visit the Sympathy Store.
MEMORIAL EVENTS
Oct
8
Viewing
6:00p.m. - 8:00p.m.
Bunker Family Funerals & Cremation- Garden Chapel
33 North Centennial Way, Mesa, AZ
Oct
9
Funeral service
10:00a.m.
Kimball Stake Center
1266 South 32nd Street, Mesa, AZ
Funeral services provided by:
Bunker Family Funerals & Cremation- Garden Chapel
MAKE A DONATION
MEMORIES & CONDOLENCES
Sponsored by Bunker Family Funerals & Cremation- Garden Chapel.
6 Entries
So sorry to learn of your loss. May the Lord bless and comfort you during this time. For if we believe that Jesus died and rose again, even so them also which sleep in Jesus will God bring with him. For this we say unto you by the word of the Lord, that we which are alive and remain unto the coming of the Lord shall not prevent them which are asleep. For the Lord himself shall descend from heaven with a shout, with the voice of the archangel, and with the trump of God: and the dead in Christ shall rise first: Then we which are alive and remain shall be caught up together with them in the clouds, to meet the Lord in the air: and so shall we ever be with the Lord. Wherefore comfort one another with these words. 1 Thessalonians 4:14-18 KJV
Rom Miller
October 3, 2021 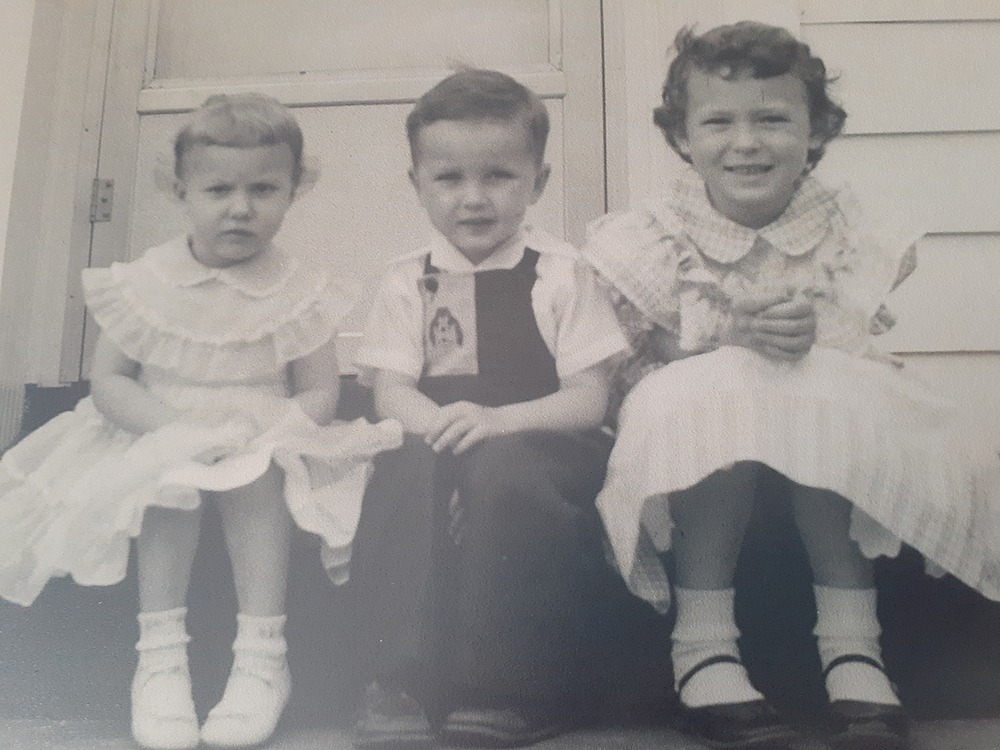 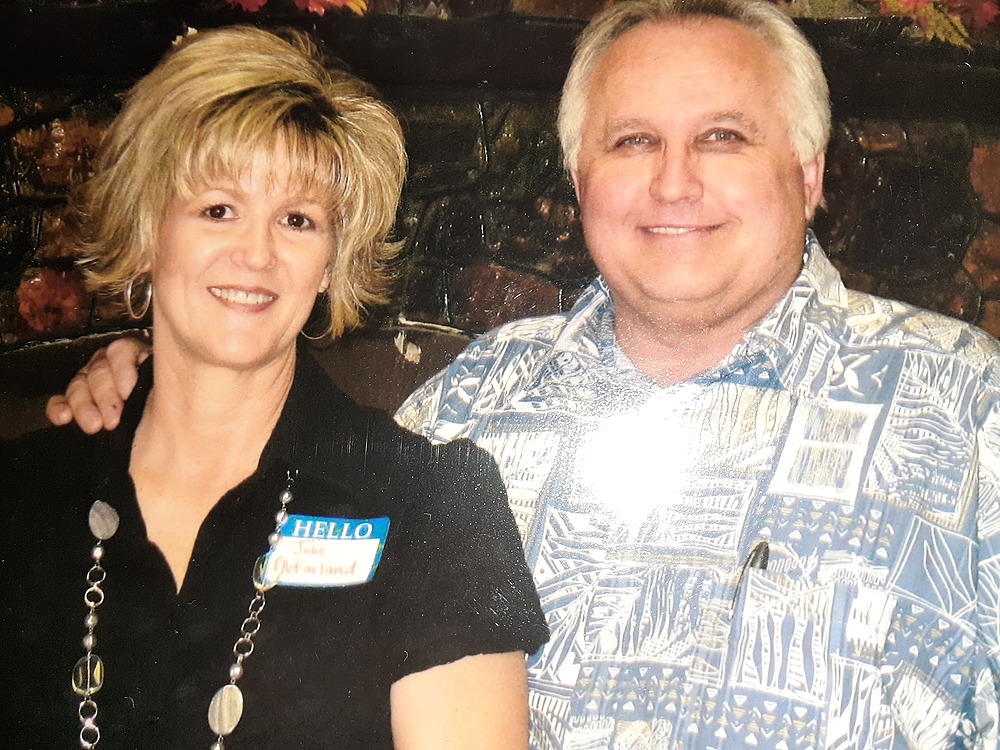 Caron Bowles
Family
September 30, 2021
At the last Lowe reunion at Lava Hot springs and Kirt with Caron and Candice. Julie, sending my deepest sympathy.
Caron Bowles
Family
September 30, 2021
Saddened to read of Kirt's passing. I got to know him & his family when they moved to Logan after his Dad's death. He & his brother Heff attended Wilson Elementary w/me & we shared many common friends growing up on the "islabd" area of Logan. Kirt was one of the best Grizzly mascots around & was a talented guy growing up. I know he'll be greatly missed...may his family be greatly comforted at this time of loss.
Dusty Fonnesbeck
Friend
September 29, 2021
Kirt was one of the first missionaries I ever met as a young teenager and I learned a lot of the basics of the gospel from him. He was fun, patient, real, knowledgeable and had such a strong testimony of Christ! I am so grateful for him still all these years later. Fast forward through the ups and downs of life and again he and Julie were there for my boys and I when both boys were on missions at the same time. Life challenges hit again, and without my knowing, a remainder of a mission was paid in full! Although I have attempted over the years to explain to Kurt and Julie the magnitude of that gift, they will never understand how much they impacted the lives of my sons and I! I can say only, with all the intensity of my heart, I am grateful to know that life does not end here. Til we meet again Kirt.
Carol Lance (Conroy)
Friend
September 26, 2021
Showing 1 - 6 of 6 results