FUNERAL HOME
Webb Funeral Home
1005 S 800 E
Preston, ID
Mike Abbott
September 4, 1948 - March 26, 2016
RICHMOND, Utah - Michael Edwin Abbott passed away peacefully at his home Saturday, March 26, 2016, after a courageous battle with brain cancer. He was born Sept. 4, 1948 in Hilo, Hawaii. Mike was the youngest of three boys born to Lewis Zane and Martha Helen (Allen) Abbott.
As a member of an Air Force family, he lived all across the United States and Germany, which gave him the skills to talk to anybody at any time.
After spending the majority of his high school years in Bitburg, Germany, he finished and graduated from Mascoutah High School in Illinois. He started college at Weber State before transferring to Utah State University, where he graduated with a B.S. in wildlife biology. While living in Logan he was introduced to Kathryn Stocking at an Institute activity. They were married Sept. 5, 1974, in the Logan, Utah, LDS Temple. They moved to and settled in Richmond, Utah, where they raised four children, many dogs and a beautiful garden.
Mike spent his career as a general contractor, owning and operating Western Construction. He enjoyed construction and the many wonderful people he was able to associate with during that time.
Mike enjoyed many hobbies. He could always find time to golf whatever the weather, often telling Kate, "I'm going for my walk." He loved to be outdoors. He was an avid hunter, often taking one of his black Labs for an afternoon pheasant hunt. He enjoyed skeet shooting, dabbled in Dutch oven cooking. He fished every lake in southern Idaho before moving on to bigger fish in Alaska.
He was a stalwart member of The Church of Jesus Christ of Latter-day Saints. Of all his callings he most enjoyed working with the youth.
He is survived by his wife Katheryn, his children Nicole (Justin) Lewis, Jessica (Chris) Owens, Brian (Tami) Abbott, Cynthia (Kasey) Kohler, his 11 grandchildren with one more on the way, and his brothers, Zane (Brenda) and Allen Abbott.
The family wishes to express their thanks to the many doctors and staff of the huntsman cancer institute, Cathy Hall, our hospice nurse who was truly a blessing. Mike and Kate were truly touched by the outpouring of love shown by their many friends and neighbors during this time.
In lieu of flowers the family would suggest a donation to the Huntsman Cancer Institute in honor of Mike.
Funeral services will be held Saturday, April 2, 2016, at noon at the City Creek church house, 150 S. 100 East, in Richmond, Utah. A viewing will be held Friday, April 1, from 6 to 8 p.m. at the church and Saturday from 10 to 11:30 a.m., also at the church. Interment will be in the Richmond, Utah, Cemetery. Memories and condolences may be shared with the family at www.webbmortuary.com.

Published by Logan Herald Journal on Mar. 29, 2016.
To plant trees in memory, please visit the Sympathy Store.
MEMORIAL EVENTS
To offer your sympathy during this difficult time, you can now have memorial trees planted in a National Forest in memory of your loved one.
Funeral services provided by:
Webb Funeral Home
MAKE A DONATION
MEMORIES & CONDOLENCES
13 Entries
My condolences go out to you Kathryn and your family for the loss of your great husband and father. He was/is a great man who will be missed by many. My the spirit of comfort be with you as you go forward.
Steve Allen
April 5, 2016
To the family of my friend, Mike.
He was a very good, honest friend, a great customer and a friendly, outgoing fishing partner. He was liked by all who he associated with. I enjoyed watching him work with skill as a carpenter. I loved his wit and humor. We have lost a great man and I am saddened by his passing.
Lloyd Facer
April 3, 2016
Sister Abbott and family,
Our heartfelt thoughts and wishes go out to you at this challenging time. The Gospel of Jesus Christ truly gives us all hope for a wonderful reunion and we know you carry that conviction in all your hearts. We are grateful to have known and associated with Mike and to be able to be known as friends. We love you.
Larry and Arlene Larson
April 3, 2016
We were saddened to hear of Mike's passing. Our prayers will be said on your behalf and that of your family. We're grateful for our association with both of you. God be with you, Kate.
Brent and Jackie Carlson
April 2, 2016
Dear Kathryn,
Our thoughts and prayers are with you and your family. May you always remember the love and joy you had together.
Ken and Vicki Kelley
April 1, 2016
In loving memory of a wonderful person. We will love you and miss you always.
John Van Vleet
April 1, 2016
May the God of all comfort strengthen your family during this time of sorrow. Those who pass away in death, God keeps in his memory because they are precious in his eyes. (Psalm 116:15).
You have my deepest condolences.
March 31, 2016 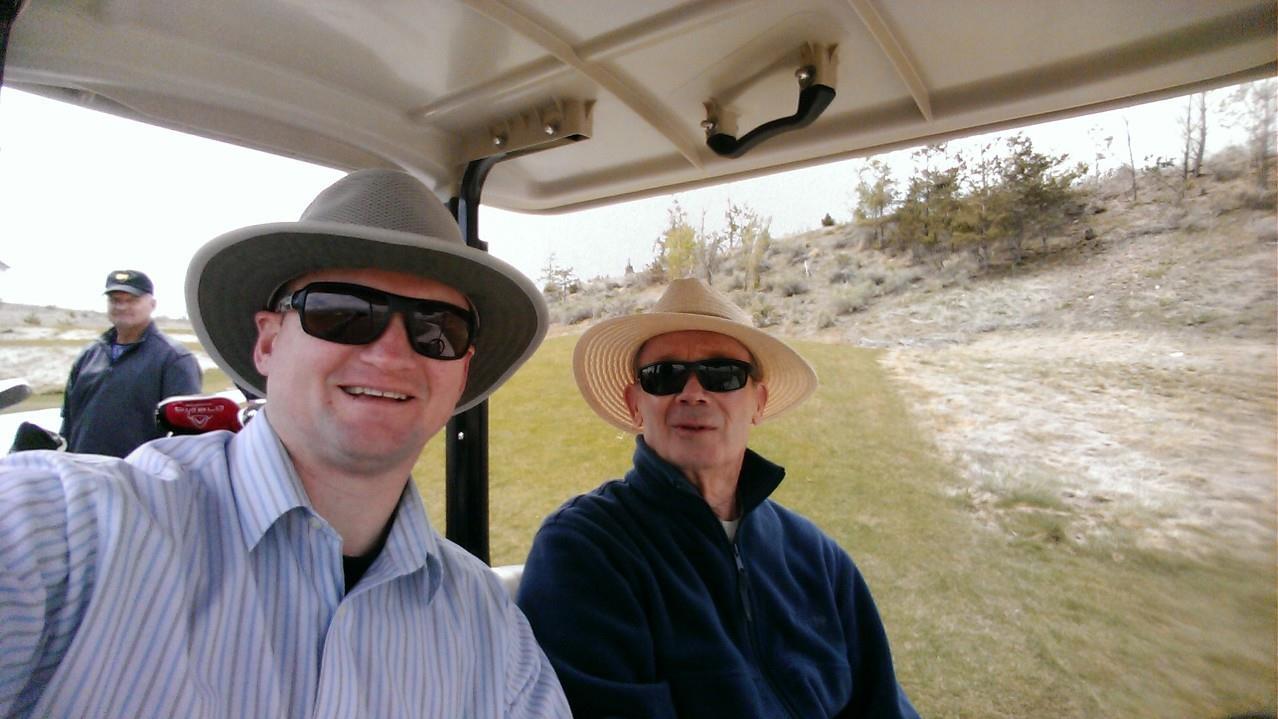 My love goes to all the family for the trying times ahead. He will always be watching over you all - I know this. And my guess is that you will still find him "on his walks" on the golf course. I am happy he is no longer suffering, but sad that you are without such a great influence. My sincere condolences.
Aaron Taylor
March 31, 2016
Sending kind condolences to the family at this very sad time.
John 5:25
JG
March 31, 2016
Oh Kate, I can't believe this. He was such a good man and so much fun. You have my love and sympathy.
Ann Parkinson
March 30, 2016
Please accept my sincere condolences. I know losing a loved one is not easy. God, however, promises a beautiful future where "no resident will say: 'I am sick.'" (Isaiah 33: 24) I hope you can find comfort in our heavenly Father and his promises for the future.
March 29, 2016
Condolences to the family at this very sad time. John 5:25
March 29, 2016
Dear Abbott Family, we are saddened to learn of Mike's passing.we felt blessed to work with Mike and Kate in the Temple, it was always with joy when we saw the two of you walking hand in hand serving the Lord. May you feel of our love and we pray that you will be carried and surrounded by our Heavenly Father through these days.. With love and prayers , the Ed & Debora Taylor
Ed & Debora Taylor
March 28, 2016
Showing 1 - 13 of 13 results