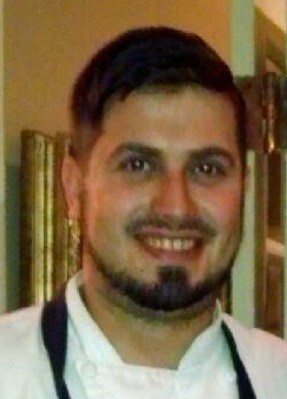 ERIC WALTER came into the world on August 11, 1987 and was lost way too soon on December 10, 2016. Eric was the oldest son of Walter Evasic and Kim Godby. He had two younger brothers, Alex and Jake. Eric was also blessed with many grandparents, Ronald and Carol (Nana) Evasic, Peggy (Granny) and Phil Smith, and Richard Rayle, all of whom he loved deeply. Eric is also survived by Aunts and Uncles: Tim, Rob, and Anne Sanders, Denise Rayle, Chris Rayle and Matthew Rayle and many cousins. He was preceded in death by his grandmother Janet Perrin and uncle Dave Penley. Eric began as a quiet, reflective child but as he grew he had a light in his eye, wit in his brain and a physical presence that drew people in. He left this world with countless friends, colleagues and so many others whose lives he touched profoundly. His road was arduous as he walked down the path of addiction that weaved tenuously until his death at age 29. Throughout the peaks and valleys, treatment centers, meetings, therapies and 12 step meetings he began working as a cook. He never trained as a chef but serendipity prevailed when he began a job at RT Lodge that would change his life. He was gifted, he was mentored by Rick Mace and he thrived. He worked long and hard, he landed a job with Daniel Boulud in New York. He honed his craft and was then given a shot to move to Washington DC and work for Daniel Boulud at DBGB, which Eric helped open with the executive chef and dear friend, Ed Scarpone. Some have told me recently he was the most talented chef they'd ever had the pleasure to see work. He loved cooking, creating, feeding. He also loved helping other addicts. He felt it was his calling to cook and help. His dream was to open a restaurant and employ recovering addicts to give them the boost he had received. He wanted to give back. My heart is heavy to say his life now will help many because his death shows that addiction, no matter how well managed, is always hiding in wait. Eric was thriving but he turned his back for a minute and addiction struck. This is the lesson he leaves; never turn your back. Recently, I have heard from scads of people whose lives he helped turn onto the right course. He was amazing. The world is a little dimmer today as we say goodbye but as those he helped continue helping others the light will grow brighter again. Eric Evasic did more for this world than many will accomplish in 80 years. Well done, son. Services were held on December 17, at Phillips Funeral Home, 122 West Lake Street, South Lyon, MI 48178. Memorial contributions, in lieu of flowers, may be made to Gleaners Community Food Bank, 2131 Beaufait St., Detroit, Mi 48207 or Cornerstone of Recovery, 1214 Topside Rd, Louisville, TN 37777.


To plant trees in memory, please visit our Sympathy Store.
Published by Hometown Weekly Newspapers on Dec. 22, 2016.
MEMORIAL EVENTS
Dec
17
Service
Phillips Funeral Home, Inc.
122 West Lake Street (10 Mile Road), South Lyon, MI 48178
Funeral services provided by:
Phillips Funeral Home, Inc.
MEMORIES & CONDOLENCES
3 Entries
May the God of all comfort strengthen the family during this time of deep sorrow. Those who pass on, God keeps in his memory because they are precious in his eyes. My sincerest condolences. (Psalms 116:15)
December 21, 2016
I send my sincere condolences during this very difficult time. May you all find comfort from the encouraging words found at 1 Thessalonians 4:14.
December 21, 2016
Dear Wally, Kim and families. Your loss is so saddening. Many people have the pain of addiction in their families and your tribute to your son is so wonderfully straightforward and loving. Thank you for stating that there can be hope. God bless you all in this time of sorrow. Love, hugs and most of all prayers. Ed and Mary Ann May
December 14, 2016