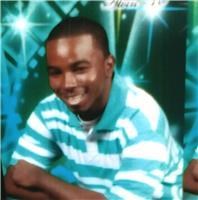 Visitation will be held from 12 p.m. until funeral services at 2 p.m. on Saturday, October 22, 2016 at Community Funeral Home.

He was preceded in death by his grandparents, Andrew and Eva Mae Clay and Annie Bell George; great-grandparents, Ada and David Lewis and Elsie and Hubert Clay; and aunt, Dorothy Clay.

Funeral arrangements entrusted to Community Funeral Home
Published by Houma Today from Oct. 20 to Oct. 21, 2016.
To plant trees in memory, please visit the Sympathy Store.
MEMORIAL EVENTS
To offer your sympathy during this difficult time, you can now have memorial trees planted in a National Forest in memory of your loved one.
Funeral services provided by:
Community Funeral Home of Houma INC - Houma
MAKE A DONATION
MEMORIES & CONDOLENCES
8 Entries
Deuce i really miss u fam like bruh we was together 360 days out of 365 now i got to dea with the fact i have to let you go and that's not what im ready for man...i love you fam always
Kiah
Hezekiah Williams
October 21, 2016
The world would be a much better place if people had your humbleness. You will be miss, now sleep my son. Sandell George
October 21, 2016
I will keep you and your family in prayers.
October 21, 2016
Liz Little
October 21, 2016
LOVE AND PRAYERS ,TO THE SARA AND FAMILY,THE HOWARD FAMILY ON DULARGE.
October 20, 2016
Your smile lives on in the hearts of all you met in life . I will miss that and your humble voice may god bless. Miss you Cruz Rip
arthurlee williams
October 20, 2016
Rose Thibodaux
October 20, 2016
You truly will be missed "Flap Jack". That smile brightened up every room you stepped in. I Love You and you will always be in my heart
Tammy McKinley
October 20, 2016
Showing 1 - 8 of 8 results