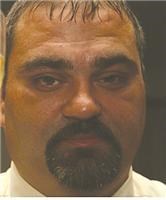 ABOUT
Thibodaux High School
FUNERAL HOME
Thibodaux Funeral Home Inc
104 Saint Patrick Street
Thibodaux, LA
John Arceneaux, 39, a native and resident of Thibodaux, was born Dec. 14, 1973, and passed away Thursday, Nov. 7, 2013.
Visitation will be from 8:30 a.m. until funeral time Saturday at St. John the Evangelist Catholic Church. A Mass of Christian burial will be at 11 a.m. Saturday at the church, with burial in the church cemetery.
He is survived by his wife of six years, Melissa G. Arceneaux; father, Glenn Arceneaux; mother, Robin Arceneaux; sons, Trent LaRousse and Johnathan Arceneaux; brothers, Adam Brock, Joshua Arceneaux, and Jarrett Arceneaux; step-daughters, Alexis Magee and Lacy Patin; five uncles; four aunts; and numerous nieces and nephews.
He was preceded in death by his grandfather, Wilbert Arceneaux; grandmother, MaryLee Arceneaux; great-aunt, MaryAnn Prejean; grandfather, Robert Brock Jr.; and grandmother, Gretel Perez Brock.
He was a kind and loving man who put family and friends first. He was a Thibodaux High School graduate and won the 5A Football State Championship in 1991 on his 18th birthday. He was an avid Saints fan and enjoyed fishing and wrestling. He will be deeply missed by his family and friends and will always be loved.
Thibodaux Funeral Home is in charge of arrangements.

Published by Houma Today from Nov. 7 to Nov. 8, 2013.
To plant trees in memory, please visit the Sympathy Store.
MEMORIAL EVENTS
To offer your sympathy during this difficult time, you can now have memorial trees planted in a National Forest in memory of your loved one.
Funeral services provided by:
Thibodaux Funeral Home Inc
MAKE A DONATION
MEMORIES & CONDOLENCES
14 Entries
Dear John,
You would have been so proud of your son Johnathan. He is a great husband and father. He misses you so much. Your grandson Noah is now 4 years old. Even tho you never got to meet him I know you are watching down on him. You would love him! Johnathan and I got married in 2017. I know you would've loved being there. We hope you are having fun up in heaven. We love you!
Johnathan & Vivian Arceneaux
Family
November 6, 2018
Melissa, We are so sorry to hear of John's passing. It was so quick. We just learned of his illness a couple of weeks ago. Please know that you and the family are in our prayers and may the Prince of Peace be with all of you in these tough times.
Genell Bodoin
November 11, 2013
May the God of comfort grant you peace in your time of need. We know he will.(1 Cor. 1:3)