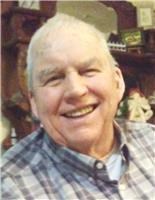 A visitation will be held in his honor on Wednesday, May 23, 2018, at St. Joseph Co-Cathedral in Thibodaux, from 8:30 a.m. until the Mass of Christian Burial at11 a.m. Private burial will follow at a later date.

He was preceded in death by his father, Lance C. Poimboeuf; mother, Una Thibodaux Poimboeuf Larpenter and stepfather, Alton; and brother, Gerald Poimboeuf.

Lance attended USL, Lafayette, and played football as a kicker and lineman. He was awarded the Cambre Award for top non-scholarship athlete. In 1963, he played for the Dallas Cowboys. He completed his bachelor's degree at Nicholls State, where he met Judy.

He began his career as a coach at E.D. White, winning state championships in 1968 and 1969. He continued his career as an associate professor and Department Head of Health and Physical Education at Nicholls State University.

He completed his Doctorate of Education at East Texas State. During his 30-year career at Nicholls, he served as Faculty Representative to the NCAA and President of the Southland Athletic Conference.

He was active in the community as a member and officer of Lafourche Crossing LA-1 Fire Department. He was an avid fisherman, loved spending time with his children and grandchildren, and cheering on the Colonels and Saints.

In lieu of flowers or plants, donations may be made to The W. Athletic Foundation by contacting Chris at 985-665-7814.

The family would like to thank the doctors and staff of Thibodaux Regional, AMG Specialty Hospital, and Chateau Terrebonne.

Thibodaux Funeral Home Inc. is in charge of arrangements.
Published by Houma Today from May 22 to May 23, 2018.
To plant trees in memory, please visit the Sympathy Store.
MEMORIAL EVENTS
To offer your sympathy during this difficult time, you can now have memorial trees planted in a National Forest in memory of your loved one.
Funeral services provided by:
Thibodaux Funeral Home Inc
MAKE A DONATION
MEMORIES & CONDOLENCES
5 Entries
Judy - Sincere condolences to you and your children. Celeste had said she had read a condolence regarding LJ in facebook written by Tellie the day he passed away. I called Michele and she confirmed his passing, but it was 9:30 AM the day of his services that I found out and it was too late for me to get ready. I asked her if his obituary had been in the paper and she said she didn't know if it had been in the paper. The day's paper delivered the same afternoon (the day of the funeral) had his obituary. Had someone called us, Jimmy and I would certainly have been at the church for his services. I know you must miss his presence in your life, but I also know you have many fond memories held tightly in your heart. As an outsider looking in, your relationship and marriage between both of you was loving, kind, and one to be admired, envied, and a mirror of what a healthy marriage relationship looks like. You and he were an inspiration for me in my own marriage and I am very blessed to have known both of you in my journey on earth. Please feel free to contact me at any time if you or your children need my help for any reason. Much love to you and yours. Sybil
Sybil Boudreaux
Family
June 21, 2018
My deepest sympathy goes out to the Lance's wife Judy and his family. He was one of my math students and later a fellow faculty member at Nicholls. He was a person dedicated to his profession and his family. Lance had a pleasing personality and was a very likable member of the Nicholls faculty and his community. He will be deeply missed by all who knew him.
Dr. Raymond Folse
May 28, 2018
My sincere sympathy Judy and family on learning of Lance's passing. Although I have not seen him since our days at Nicholls State I though of his ever-present smile, optimistic outlook on life, and treatment of others with respect and kindness. I know that those qualities will live on in the hearts of his family and friends. All of my prayers and confidence knowing he is in Our Lord's embrace.
John Keife
May 25, 2018
Judy (and family), I am so sorry for your loss. I was part of the "Phi Slamma Vanna" posse when Lance and several of us were taking graduate classes at East Texas State. Lance would drive us all to class in his van and would often times feed us. He introduced me to genuine Louisiana muffalettas and I still love them today, though I have never had one tastier than the ones Lance made. The thing I will always remember about Lance is his genuine love for people. One you shook his big bear paw hand you knew you had a friend for life. He was such a good man, and one I will never forget. God bless you, Lance!
Steve Trachier
Friend
May 24, 2018
Judy and family, Ginny & I are so very sorry to hear of L.J's passing away. Although we've not been in touch for so many years, we did think of y'all every now and again, and we should've picked up the phone or dropped y'all an email at least just to say hi, but we all get wrapped up in things and time gets by us. I think the last time we saw y'all was when my dad (Uncle Jesse) died. We will keep a good thought for him and you all through this difficult time. I always bragged on him, saying I was related to a "Cowboy". L.J. was definitely one of the good guys.
John Poimboeuf
May 23, 2018
Showing 1 - 5 of 5 results