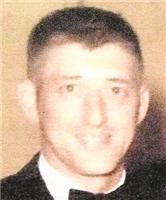 Richard Parr, 76, a native and resident of Lockport, passed away Wednesday, March 18, 2015.
He donated his body to Tulane Medical Center. A memorial service will be at 9:30 a.m. Friday, March 27, at Holy Savior Catholic Church in Lockport with Military Honors.
He is survived by his beloved wife, Christiane Lerbier Parr; daughters, Florence Rachelle Rohrhoff and Amelia Parr Farrington (Scott); grandchildren, Amanda Hunter, Jude Matherne and Jeanette Rohrhoff; great-grandchildren, Carson Matherne and Paris Walters; brothers, Dewey Parr Jr. (Anne), Paul Parr and Mark Parr; and sisters, Marjorie Parr Martin (Russell, Judy Parr Richardel (Claude) and Vicky Parr Adams (Mike).
He was preceded in death by his parents, Dewey Parr Sr. and Gladys Guidry Parr.
Richard served his country for 23 years in the U.S. Army as a Chief Warrant Officer CW3. He was a helicopter pilot and instructor who completed two tours in Vietnam.
In lieu of flowers, memorial donations in his name may be made to St. Jude Children's Research Hospital.

To plant trees in memory, please visit our Sympathy Store.
Published by Houma Today from Mar. 24 to Mar. 25, 2015.
MEMORIAL EVENTS
No memorial events are currently scheduled.
To offer your sympathy during this difficult time, you can now have memorial trees planted in a National Forest in memory of your loved one.
MAKE A DONATION
Please consider a donation as requested by the family.
MEMORIES & CONDOLENCES
5 Entries
Amelia, I would be honored to share more stories of your father. please contact me with an email address. Bill Rand
September 28, 2015
Richard and I were in flight school together. He was a little older than most of us and had prior service. His humor and kindness helped many of us through the tough times. I was paired with Richard for the "survival, escape and evasion" course at Ft. Rucker. We were given a live chicken, a flashlight and a map. We then had to find our was through the woods and swamps to a rescue point without getting caught. Richard's knowledge and experience allowed us to be the only pair out of about 50 to succeed. Believe me-- it was all Richard! I have told that story (with greater details) many many times over the last 48 years, and I'm sure I will many times more. As long as i am alive, the finest parts of Richard will be too.
William Rand
August 15, 2015
With this gentleman, we always talked together in French. He knew my country (France) so well. He was open-minded, a smart guy with a big heart. In his 70s, he was trying to learn Spanish an his favorite food was vietnamese. I will never forget you. Je ne t'oublierai jamais.Repose en paix (RIP).
Stéphan Pellet
May 21, 2015
I am so glad to have work with Mr.Richard during 2007/2008 when we had the visa workers in lockport and larose he is a wonderful man and I consider him a really good friend and always knows how to put a smile on your face. all the guys from mexico said they will miss you and say thank you for all you done for them and for me when you work for B/D Contracting.love always your friends from B/D Contracting you will surely be miss.
Lorraine Herrera
March 27, 2015
Me mere, Billie ,Florence, and family I am truly so sorry for your loss . My prayers are with yall. Pepere was and wonderful man dad and grandfather . I have nothing but wonderful memories left in my heart from the times I got to share with your family. Thanks for that. And thanks Pepere for serving our country and with pride he did :) love yall. Patricia schorr
Patrica Schorr
March 26, 2015
Showing 1 - 5 of 5 results