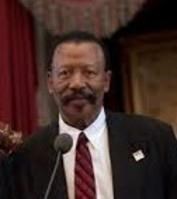 BORN
1937
DIED
2020
FUNERAL HOME
McCoy & Harrison Funeral Home
4918 MARTIN LUTHER KING
Houston, TX
Albert Ely
Edwards Sr.
1937-2020
State Representative, Honorable Albert Ely Edwards Sr. was born March 19, 1937 in Houston Texas. He was born the sixth child of sixteen children to Rev. E. L. Edwards, Sr. and Josephine Radford Edwards.
Edwards attended Wheatley High School (Houston, TX) and Texas Southern University in 1966. Edwards received a Physical Therapy Certification from Tuskegee Institute and an Honorary Degree from the University of Belize in 1983. In 1996 Edwards obtained a Doctor of Divinity Degree from World Bible Christian University in San Antonio.
He attended Progressive New Hope Baptist Church in Houston, TX for over 60 years and was an ordained minister under Pastor L.L. Atkins, Sr. in 1990.
In 1956, Edwards married Katie Jackson and to that union was born Rosalind. In 1960 he married Barbara and to that union was born Alicia & Marla. In 1969, Albert married Lana Cloth and to that union of 25 years were born Albert Ely II, Jason Kiamba, and Alana Catherine Raquel.
Edwards entered politics and was elected to the Texas State Legislature from Houston's House District 85 which later became District 146. In 1979, legislation recognizing Juneteenth Day was initiated by Edwards and passed the Texas State Legislature.
In 1995, he joined the Democratic National Committee board and served as National Vice Chairman of the DNC Black Caucus for 10 years and went on to serve as National Chairman of the DNC Black Caucus for 6 years. Edwards served 26 years as a State Legislator in District 146.
Edwards is survived by his devoted and loving former wife, Lana Cloth Edwards who was influential in his success throughout his entire career. Lana also remained his support system and was unconditionally dedicated to his comfort and healthcare until the Lord called him home on April 29, 2020.
His memories will be cherished by his loving children and grandchildren.
Albert Ely Edwards II (Trelle), Jason Kiamba Edwards (Denise), Alana Edwards Holloway; Grandchildren - Alexis and Albert III, Sidney and Sloane, Melvin V, Rosalind E. Morgan (Leyton), Marla Anderson (Alvin), Alicia Gordon; Grandchildren - Candace and Leyton III, Bryan and David, Sean Leigh, Lucean Kuykendall (Darrell); Grandchildren - Kennedie and Chelsia, Ajah
Albert was preceded in death by his parents, Reverend E. L. Edwards, Sr. and Josephine Radford Edwards; his beloved sisters Betty Jean, Beverly and Elrine E. Henson; and beloved brothers Russell, Donald, Phillip and
Reverend Eldridge L. Edwards Jr.; His devoted sisters, Josephine E. Lyles and Mary E. Bonham (Roland); and devoted brothers, Alfred Edwards (Jackie), William Earl Edwards (Cathy), Redick Edwards III (Edith), David Edwards Sr. and Paul Edwards (Donna). His three darling aunts: Myrteal Radford Howard, Gladys Lorine Radford and Myrtha Edwards Webster. He will be missed by a host of nieces, nephews and cousins.
Due to Covid-19 and the need for social distancing, only the immediate family and church personnel will be allowed on the church ground or the Interment service.
Virtual services are set to begin at 10 a.m. and will be co-led by Bishop James Dixon and Pastor L.L. Atkins of the Progressive New Hope Baptist Church.
Links to watch the services will be made available on the church's website, thecommunityoffaith.org, and on Edwards' Facebook page, facebook.com/RepAlEdwardsSr.
Edwards will be interred Friday at 3 p.m. at the Texas State Cemetery in Austin, where a "brief graveside service" will be streamed online. Alana Edwards Holloway, Jason Edwards and Al Edwards II — asked those wishing to send flowers to instead "support Dad's favorite cause; the education of Juneteenth and the story of emancipation. Please send checks to 'Juneteenth USA' at 3355 West Alabama St., Suite 640 Houston TX 77098."

Published by Houston Chronicle on May 7, 2020.
To plant trees in memory, please visit our Sympathy Store.
MEMORIAL EVENTS
Service
Private Service
Graveside service
Private Service
Funeral services provided by:
McCoy & Harrison Funeral Home
MAKE A DONATION
MEMORIES & CONDOLENCES
Sponsored by McCoy & Harrison Funeral Home.
11 Entries
In loving memory of a wonderful person. We will love you and miss you always.
RHONDA 'GWEN' JOHNSON &FAMILY
Friend
May 24, 2020
May God grant peace for your family. Rest on Representative Al Edwards. You have served us well.
Bessie Mansfield
Friend
May 9, 2020
So sorry for the Edwards' family loss. I send my heartfelt condolences and will keep the family in my thoughts and prayers.
LuQueena Walker
Family
May 9, 2020 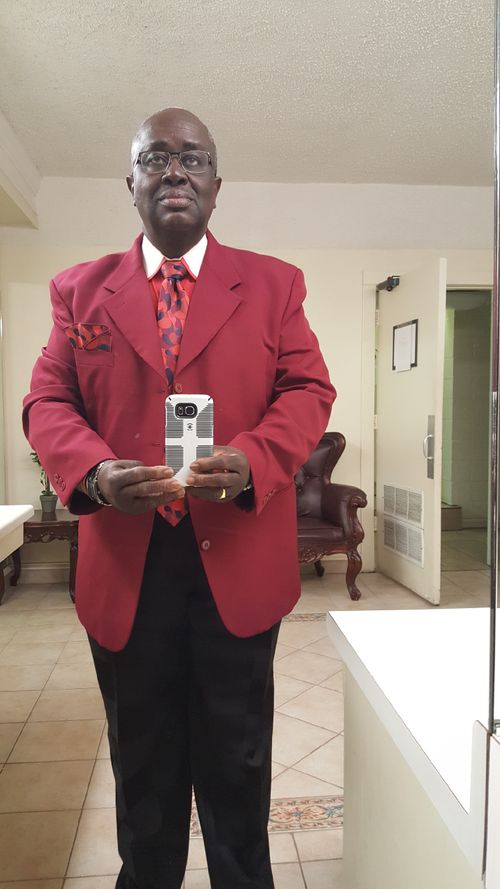 I want to tell the family that rep. all Edwards sr. will be truly missed. He was a great friend to me , and my family, and he did a lot for the south union community. I will be praying for his family, and he will forever be in my heart. so thank you my friend al Edwards for all you do for me to make my life great.
Joel Harris
Friend
May 8, 2020
He was a dedicated servant of the Lord and his community. He will be sorely missed by us all, Rest In Peace .
Beverly Ratliff
Acquaintance
May 8, 2020
Great man that did great things. Rest my brother and family thanks for sharing him with us.
Kathleen
Acquaintance
May 8, 2020
Albert "Al" Edwards blessed so many people with his faith and kindness. May God surprise you with comfort and peace in your memories of Al and in the knowledge that others are missing him too.
God Bless
Willadene Washington Glover (Musician)
Neighbor
May 8, 2020
Man that was well respected and honored. He work very hard for his District where he served very well.
Cheryle Ayers
Friend
May 7, 2020
With love and sympathy to the Edwards Family. May God comfort you during this time of bereavement.
Joy Wright
Friend
May 7, 2020
Great man. I worked on his campaign back in the mid 80s. Later in 95 i ran into him at the car wash on OST and asked for his advice on staying in Houston or moving to Dallas. He told me to move to Dallas and ive been here since thanks to his advice and I've been a Success! Thanks Mr. Edwards
Trevor
Coworker
May 7, 2020
On behalf of the Alonzo family we extend our sincere condolences. I served in the Texas Legislature with Chairman Edwards. May he rest in peace.
roberto alonzo
May 7, 2020
Showing 1 - 11 of 11 results