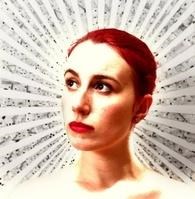 FUNERAL HOME
Bradshaw-Carter Memorial & Funeral Services
1734 W ALABAMA ST
Houston, TX
Alice Carey Alsup was born in Houston, on the 26th of June 1990, the second daughter of Michael Alsup and Madeleine Duvic. She attended college at Reed College in Portland, Oregon, St. Thomas University and the University of Houston in Houston, Texas. She is survived by her parents, her sister, Whitney, and several aunts, uncles and cousins. She was particularly close to her grandmother, Alathea Alsup, and cousins Oriana Scanniello, and Christine and Lauren Duvic.
Alice started at Presbyterian School in the young '2's. Presbyterian School was a loving and nurturing environment for young Alice and she was very happy with her experience there. She moved to St. Johns in the 6th Grade and graduated in 2008. Alice had many accomplishments and great experiences while at St. Johns. She was the Art Editor for St. John's School's Creative Writing & Arts magazine, and she was awarded St. John's Humanities Award in 2008, and the Texas Scholastic Art & Writing Silver Key Award in 2007. She was the St. Johns Chapter President and Texas Convention Director for the Junior Statesmen of America, and she was a National Merit Scholar Finalist. She competed on the St. John's Chess Club and Tennis Team and loved being part of the Drum Corps. She took many fascinating trips with her classmates. She developed close friendships with classmates Lizzie Bowen, Sarah King, Miriam Connor, Lexi Maluta, Cristina Mai, Elizabeth Rasmussen, Kathryn Austin, Katherine Essig, and Kathryn Kelly. She was particularly grateful to John Allman, Megan Henry and Barbara DiPaolo for pulling her through. She wondered if she still held the record for most 'tardies" for a student that had graduated.
Alice was a creative free spirit and an artist of many talents. She played Alice in the Main Street Theater production of Alice in Wonderland in 2003. Her beloved grandmother, Alathea, crafted a perfect set of costumes for the play. She performed her own compositions, 'The Torch Singer' and others with Anita Kruse. She wrote beautifully, and was published in several student magazines writing both articles and poetry. More recently, she was widely read in Houston, and participated in a number of Poetry Slams both locally and regionally. She was a co-founder of Write About Now, a Houston Poetry group. Many of her poems continue to live on YouTube. She interned with Houstonia Magazine where she wrote a number of articles on local entertainment options.
Mainly, Alice was loved by everyone she ever met. She was caring and giving of herself to others. She will be missed by colleagues and friends and her memory is now a hole in the hearts of her family that will never be filled.
Friends are cordially invited to gather with the family and share remembrances of Alice during a reception to be held from six o'clock until eight o'clock in the evening Thursday, the 12th of June, at the Bradshaw-Carter Home, 1734 West Alabama Street in Houston.
A memorial service and celebration of the life of Alice, is to be conducted at eleven o'clock in the morning on Friday, the 13th of June, at The Church of St. John the Divine, 2450 River Oaks Boulevard in Houston, where the Rev. Douglas W. Richnow, Senior Associate Rector, is to officiate. Immediately following, all are invited to greet the family during a reception to be held in the nearby Sumners Hall.
In lieu of customary remembrances, contributions, in memory of Alice, may be directed to Purple Songs Can Fly, 4203 Yoakum Blvd., Ste. 200, Houston, TX, 77006 (www.purplesongscanfly.org); or to the Main Street Theater, Attn: Youth Theater, 2540 Times Blvd., Houston, TX, 77005 (www.mainstreettheater.com).

To plant trees in memory, please visit our Sympathy Store.
Published by Houston Chronicle from Jun. 12 to Jun. 13, 2014.
MEMORIAL EVENTS
Jun
13
Memorial service
11:00a.m.
The Church of St. John the Divine
2450 River Oaks Boulevard, Houston, TX
Funeral services provided by:
Bradshaw-Carter Memorial & Funeral Services
MEMORIES & CONDOLENCES
35 Entries
MEMORY ETERNAL!
Dearest Madeleine , I love you very much. Natalia
Natalia Konstantinova - Gaevski
Friend
June 7, 2021
Dear Madeleine, stay strong, I love you very much!
Key for Life and Death in His Hand.
Natalia
Natalia Konstantinova - Gaevski
June 7, 2020
I remember Alice fondly; she's certainly in the pantheon of my favorite students. I wish all my students had the same winning combination of imagination, fearlessness, and wit.
Z. Bart Thornton
Teacher
June 6, 2020
Michael, Madeleine, and Whitney: I was devastated to hear of Alice's death. I was her advisor at St. John's before moving to Richmond, VA. She was a remarkably creative, insightful, witty, and fun young woman. When my wife and I were about to welcome our first child, she gave us the gift of a book with a heart-felt message. The world will miss her talent, her vision, her individuality. 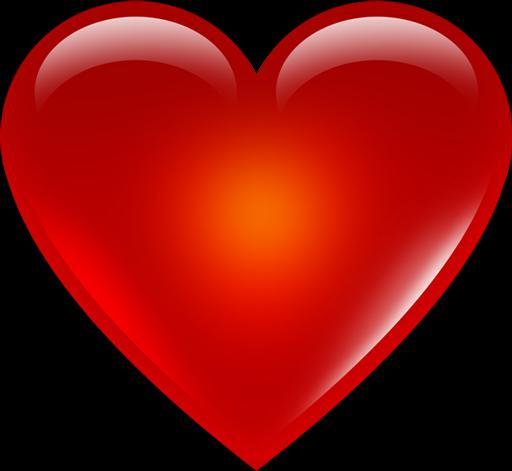 What a beautiful soul. RIP Alice...
Josette Glaze
June 19, 2014
Dear Madeleine and Michael
I am shocked by news.
Madeleine, you been so strong throughout your life. You teach us, your fellows, be the same way- please be strong now!
You gave part of your heart to each of us around the globe . We pray for you now.
I know God love you very, very much.
Natalia Konstantinova-Gaevski
June 18, 2014
We were very sorry to hear about Alice and want you to know that you have our very deepest sympathies.
Christy and Sacha Clark
June 16, 2014
Dear Madeleine and Michael, my heart is so saddened to hear of the loss of your daughter, Alice.
You and your family are in my prayers.

God bless you,
Dorothy Edwards Moroz, Austin, Texas
June 15, 2014
Dear Dr. Duvic,
I am so saddened to hear of your loss. I know how very much you love and care for your children and I cannot even imagine what you are going through and I cannot stop hurting for you. You and your family are in my thoughts and prayers.
Holly Hazlett (was Clark)
Holly Hazlett
June 14, 2014
Extending our deepest condolences on your loss. Our thoughts are with you.
Bernie Fields and Family
June 13, 2014
Matthew 5:4
June 13, 2014
Holli Richardson
June 13, 2014
We are so sorry to hear about your loss. We send you our love and prayers.

Katie Kennedy and Andy Noel
June 13, 2014
She was the brightest star I knew. Rest in peace love.
Kristen Keilman
June 12, 2014
I am so glad that I had the opportunity to reconnect with Alice during the last five years of her too-short life. I was there at the beginning, and I had the joy of experiencing her young adulthood as she explored the joyful craziness of Reed and Portland. Her excitement and joie de vivre were palpable. It ended too soon, but I know this - she lived, she loved, and she left a mark on this world. What more can any of us ask for? I'll remember you always, beautiful Alice.
June 12, 2014
We are so truly heartbroken over Alice. She was such a talented and wonderful person and our thoughts are with all of you, Madeleine, Mike and Whitney. I cannot imagine the depth of your loss. I pray that one day you will take comfort in knowing that you raised and nurtured such a wonderful daughter.
George Jones
June 12, 2014
As a child, she was a perfect Alice in Wonderland at Main Street Theater. She remained beautiful, spirited, gentle, loving, insightful, intelligent, and most of all--caring. She could light up a room. She will light up the heavens. We will always remember her with love, June and George
June Ferrill
June 12, 2014
Prayers and thoughts for you.
Kathy Marrack
June 12, 2014
Condolences to Whitney and the entire las up family. She will be missed and remain in my prayers.
Sandra S.
June 12, 2014
Michael, Madeleine, Whitney, there are absolutely no words to express how much my heart breaks for you. You are in my prayers for strength and grace.
Cathy Keneda Wyman
June 12, 2014
So sorry about your loss. My thoughts and prayers are with you.
Miki Milovanovic
June 12, 2014
No words from me can assuage your grief. I am terribly sorry for your loss, Mike.
Neil Tramel
June 12, 2014
My prayers go out to the family. Be strong and keep prayer close to your heart. Savannah Blue
Savannah Blue
June 12, 2014
I am so very sorry for the loss of your beautiful and talented daughter Alice. May you be comforted by the presence of those who share your sorrow, and the sympathy of those who care. I will remember Alice in my prayers at Mass, and for her family as well.
Karen Nutter-Ali
June 12, 2014
I will always miss you!
Ronald Jones
June 12, 2014
Our prayers are with you and your family during this difficult time. Peace to all.
Lori Hoffman
June 12, 2014
Clearly a beautiful and talented young woman I never had the pleasure of meeting but wish that I had. Turn to your faith, cling to each other and cherish her memory. I am very sorry for your loss and hope one day all of you can be at peace without her.
Leslie
June 12, 2014
Our heartfelt deepest sympathy to Dr.Duvic and family. You are in our thoughts and prayers.

Hugs from a friend. My heart and prayers are with you this week and always.

-Melissa Crowfoot Keane
June 11, 2014
With our deepest sympathy to Dr. Duvic and family on the passing of Alice. We are in our prayers. Alice remained a beautiful, active little girl in our memory.
Mai Duong and family
Mai Duong
June 11, 2014
Mike, so sad to hear this news. No words can make a difference in the loss of a child. Prayers for you and your family.
Kathie Forney
June 11, 2014
rest in peace butterfly
June 11, 2014
Showing 1 - 35 of 35 results