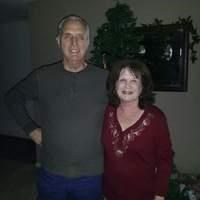 BORN
1945
DIED
2020
FUNERAL HOME
Integrity Funeral Care
3915 Dacoma
Houston, TX
Charles D. Ward
1945-2020
It is with deep sorrow that we announce the passing of Charles D. Ward, 75, of Magnolia TX; loving and devoted, husband, father, grandfather, and friend.
He fell asleep and awoke in perfection on December 15, 2020 at St. Luke's Hospital. John 11:25-26 Jesus said to her, "I am the resurrection and the life. Whoever believes in me, though he die, yet shall he live, and everyone who lives and believes in me shall never die.
Charles was born on February 7, 1945 in Austin, Texas to father, W.A. (Bill) Ward, and mother, Margie Ward. He graduated from Southwest Texas State University in 1970, and later joined the Air Force where he proudly served his country until his retirement, at a rank of Major, from the Air Force Reserves in 2005.
Charles moved to Houston in the 70s where he met and married his beloved wife of 43 years, Judy Pausel Ward. He was a man of true honor and integrity who had an immense and unconditional love for God, country, family, and friends, that he exhibited in everything he did. He was always there to lend a helping hand to anyone in need, and typically did so without being asked.
He turned his love and passion for cars into a 30-year career in the auto repair industry and retired from Allstate in 2010. Charles had a knack for creating and building things in his spare time. He built and sold several street rods, over the years, that can still be seen at various car shows today.
Charles is survived by his wife, Judy, younger brother William Ward, son Tony Ward, son Blaine Butler and wife Vicky, daughter Jan Clifton and husband Ronny, daughter Jessica Epperson and husband Phil, (8) grandchildren and (2) great-grandchildren. He is preceded in death by his mom and dad, and his older brother, Richard Ward.
Charles has requested to be cremated and for his ashes to, at some point, be disbursed in New Waverly, Texas. There are no services planned at this time.
Published by Houston Chronicle on Dec. 20, 2020.
To plant trees in memory, please visit the Sympathy Store.
MEMORIAL EVENTS
To offer your sympathy during this difficult time, you can now have memorial trees planted in a National Forest in memory of your loved one.
Funeral services provided by:
Integrity Funeral Care
MAKE A DONATION
MEMORIES & CONDOLENCES
Sponsored by Integrity Funeral Care.
3 Entries 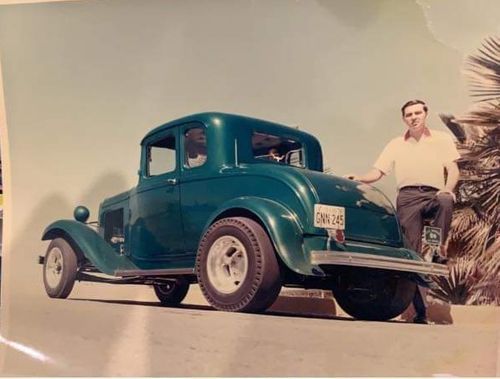 Vicky Butler
Family
December 23, 2020
Charles it was a pleasure knowing you. May God bless your family at this time
Don Hoots
Friend
December 21, 2020
Charles will be greatly missed. He and his family took me in many years ago, while in the Air Force. We spent many days working on cars in the garage (it was much harder on Sundays because Uncle Bill didn't want us to work on Sunday!). He always had a kind heart to others. He took great care of our grandparents when they visited, and they took great pride in him. I pray for comfort and healing for Judy, Jessica, Blaine and Jan. May God protect you.
Ron Olfers
Family
December 21, 2020
Showing 1 - 3 of 3 results