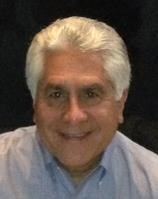 ABOUT
Bellaire High School
FUNERAL HOME
Geo. H. Lewis & Sons Funeral Directors
1010 Bering Drive
Houston, TX
Chris Callager
1951-2017
Chris Callager passed away after a brief illness on Monday, the of 31st July 2017, at his home in Sugar Land. He was 66 years of age.
Chris was born in Houston on the 26th of July 1951, to Emanual and Billie (Fokakis) Callager, who preceded him in death. He attended Bellaire High School and the University of Houston. While attending college he proudly served in the United States Marine Corps. Following college, he began a 44-year successful and rewarding career in the financial services industry representing such companies as Sun Life of Canada and Transamerica, to name two. Chris considered his clients his friends and would work tirelessly to make sure they received the best possible service.
Chris was also very passionate about helping those in need and served the Houston homeless through a daily lunch program in the downtown area. He supported the program not only with service but by making sure the program was fully funded every year.
He enjoyed fishing, hunting, being on the water and traveling with his wife. He also enjoyed long walks with his beloved lab, Molly Lu, who preceded him in death on the 22nd of March 2017.
Chris is survived by his loving wife of 22 years, Montie Faszholz Callager. He is also survived by his brother, Jim Callager; his sisters, Irene Franz (husband, Eddie) and Evelyn Callager-Pasmas (husband, Art). He is also survived by his in-laws, Louis and Faye Faszholz, Karen Friesen (husband, Mike) and Tracey Flood (husband, Paul). Chris was known as "Uncle Tonoose" to numerous nephews and nieces.
Friends are cordially invited to a visitation from half-past six o'clock until eight o'clock this evening on Friday, the 4th of August, in the library and grand foyer of Geo. H. Lewis & Sons, 1010 Bering Drive in Houston.
A memorial service is to be conducted at ten o'clock in the morning on Saturday, the 5th of August, at Trinity Lutheran Church, 800 Houston Avenue in Houston, where Pastor David Leeland will officiate.
At a later date, the family will gather for a private interment.
In lieu of customary remembrances, memorials may be directed in Chris' memory to the Homeless Ministry at Trinity Lutheran Church, 800 Houston Ave, Houston, TX, 77007, or online at www.trinitydt.org clicking on "Give" and then selecting "Memorial Donation – Homeless Ministry."

Published by Houston Chronicle on Aug. 4, 2017.
To plant trees in memory, please visit the Sympathy Store.
MEMORIAL EVENTS
To offer your sympathy during this difficult time, you can now have memorial trees planted in a National Forest in memory of your loved one.
Funeral services provided by:
Geo. H. Lewis & Sons Funeral Directors
MAKE A DONATION
MEMORIES & CONDOLENCES
Sponsored by Geo. H. Lewis & Sons Funeral Directors.
14 Entries
To Montie and the family....Even though it has been 4 years, I still cry over our loss of Chris! Chris was such a exuberant and charismatic person! The room light up when he came in. Montie I love you as well and pray for your peace and comfort!
Melody Myers
Friend
July 29, 2021
We miss you Chris!
Brenda Morris
July 29, 2021
Our sincere condolences to Montie and the family at this sad time. May your faith in God's love and promises sustain you through the days ahead.

Bill and Lois Garner
August 5, 2017
Chris was a great guy. I enjoyed hearing all of his great stories and he always would make me laugh. We were both clients and friends of his for over 25 years. Chris treated me like a sister. May you rest up in peace, Buddy.

Cathy Steinberg
Cathy Steinberg
August 5, 2017
To Chris's family, I have such a warm place in my heart along with fond memories of Chris from Pershing and Bellaire. He was such a great friend and my running around "Buddy". You are all in my thoughts and prayers. RIP and God bless
Susan Isbell Stevens
August 4, 2017
Montie and family-My heart goes out to you. I could see how much he enjoyed cooking for the homeless. Thoughts and prayers with you all
Debbie Meyer Stellas
August 4, 2017
What a kind and generous person he was. I counted it a blessing that he was my friend and told him how blessed I was that he was my friend. Even though he was my boss, he was also my friend.

Montie, you and the entire family are in my prayers.
Melody Myers
August 4, 2017
Dear Monty,
Praying for you and your family. What a kind neighbor he was to us.
Jay and Louann Gallagher
Louann Gallagher
August 4, 2017
Chris was a past business client whose opinion I always respected. He was a financial professional always in search of how better to serve his many clients. Chris you will be missed by those whose lives were made better through your efforts.
Shelby Smith
August 4, 2017
Chris and I attended Pershing JHS and Bellaire together. Played football together, and he was just a nice, friendly and kind person. To his family, all my prayers. Chris, you will be missed by many.
Tom Walter
August 4, 2017
I shall always have fond memories; his unconditional sharing was appreciated and will be forever remembered.
Louis Marshall
August 4, 2017
Miss you!
Brenda Morris
August 3, 2017
Showing 1 - 14 of 14 results