FUNERAL HOME
Jeter Memorial Funeral Home
311 N. Friendswood Dr.
Friendswood, TX
David Stewart McKay David Stewart McKay, 76, of Friendswood, died Tuesday.
He was the middle son of Donald and Twila McKay, born in Titusville, PA, on September 25, 1936. He received his B.A. from Rice University, his M.A. from the Univerity of California at Berkeley, and his Ph.D. from Rice University, all three degrees in geology.
He started working for NASA at the Johnson Space Center in 1965. He helped to train the Apollo astronauts in what to look for in the geology of the Moon. He then turned to the study of lunar soil. In 1996, he and a team of fellow researchers studied a Mars meteorite and published a paper in Science presenting the first evidence for life on Mars. Recently he studied the toxicity of lunar dust in preparation for long-term stays on the Moon and human missions to Mars. He was well liked by his colleagues at NASA, especially a group who called themselves "the Davettes."
David is preceded in death by his younger brother, Gordon McKay and his wife Linda Uljon.
He is survived by his wife, Mary Fae, with whom he celebrated 40 years of marriage in 2011. He is also survived by his three daughters, Amy McKay Reifler, her husband, Jason Reifler, and their daughters, Eleanor and Lila, of Atlanta, GA; Susy McKay, her husband, Daniel Felix, and their son, Casey, of Berkeley, CA; and Jill McKay-Fleisch and her husband, Markus McKay-Fleisch, of Seattle, WA., older brother, Gene McKay and his wife Annelie of Orlando, FL, nieces, Gabbie McKay of Boston, MA and Alisa McKay of Los Angeles, CA. On his last day, he played with his grandaughter Lila, who knew him as Papa K.
A memorial service will be held at Jeter Memorial Funeral Home on Sunday, February 24 at 2:00 p.m.

Published by Houston Chronicle from Feb. 22 to Feb. 24, 2013.
To plant trees in memory, please visit the Sympathy Store.
MEMORIAL EVENTS
To offer your sympathy during this difficult time, you can now have memorial trees planted in a National Forest in memory of your loved one.
Funeral services provided by:
Jeter Memorial Funeral Home
MAKE A DONATION
MEMORIES & CONDOLENCES
23 Entries
Dave was a gentle soul. I am sure that his colleagues and family miss him.
Phyllis Polk Liscum, Philadelphia
Phyllis Liscum
Friend
April 23, 2021
Among valuable scientific contribution by you, Dr.David McKay, we'd like to say that "first image of material state change as nano-shaped grains is shown in Martian meteorite" which can be seen now in active Earth in macro to micro material activity (including life to fossil change)surely. Please rest in peace.
Yasu-nori Miura
March 1, 2013
I had the priveledge to meet and know David years ago and pick his brain on many space related topics, his wisdom was truly inspirational.. I will miss our deep conversations.... Deepest sympathies to Daves family as he will be greatly missed... L.Stafford
Lori Stafford
February 28, 2013
My condolences to the McKay family on there loss. Thanks again Dave for your help on my Bachelors and Masters. Your assistance in interpreting data on the Mars meteorite was a big help. You made science fun and interesting.
Walter J Protheroe Jr
February 24, 2013
Dear Mary Fae and family

David has been an outstanding scientist and mentor for the international lunar and planetary community. He was a great colleague and friend. I cherish these memories with him, and remember great discussions and the joyful dinners at your home. Our sincere condolences to you and family.
Bernard H. Foing
February 24, 2013 Deeply sorry to hear about your loss to your family and planetary sciences. Appreciate your joinig to our PIECE'99 meeting and NHK TV program which are valuable memory with you and colleagues! Thanks a lot.
Yasunori Miura
February 24, 2013
I am very sorry to hear about Dr. Dave Mackay's loss. Talking with him and Mary Fae on the Moon and LPSC etc. are very valuable memory for me. Yas.
Yasunori Miura
February 23, 2013
My condolences to the family of Mr. David McKay. May the GOD of all comfort provide you with whatever is needed so you can cope with your great loss.
February 23, 2013
Mary Fae:
Svetlana and I are deeply sorry to hear of Dave's passing, and we extent our condolences to you and your family.We will memorize SAve as our first mentor in Astrobiology and ISRU.
Dave's former colleagues,
Igor and Svetlana
Igor Brown
February 23, 2013
Mary Fae and Family,

As long as I have been associated with JSC Bldg. 31, Dave has been there - he will be missed and remain a part of my memories. Blessings to all of you.
Faith Vilas
February 23, 2013
We're so sorry to hear of David's passing. He was always such a pleasure to talk with. We can only imagine how much his wonderful, amazing family will miss him. Our thoughts and best wishes go out to all of you.
Charlie & Sharon Walker
February 23, 2013
I had the honor of knowing David and Mary Fae through my Mom's association with them. I attended the McFay's Annual New Years Day party for the past several years with my Mom and David always took the time to speak with every guest who came. I always felt encouraged after getting to speak with David on the first day every year and I will miss him very much. He was a really genuine person who had a big heart for everyone. Blessings to all of the McKay family and remember to notice that the sky is one star brighter with his passing. Hugs!
Christine Gietzen
February 22, 2013
Mary Fae and family,

I am so sorry to hear of Dave's passing. He was a dedicated scientist and a wonderful human being. He will be deeply missed by all of us who had the honor of knowing him.
Nadine Barlow
February 22, 2013 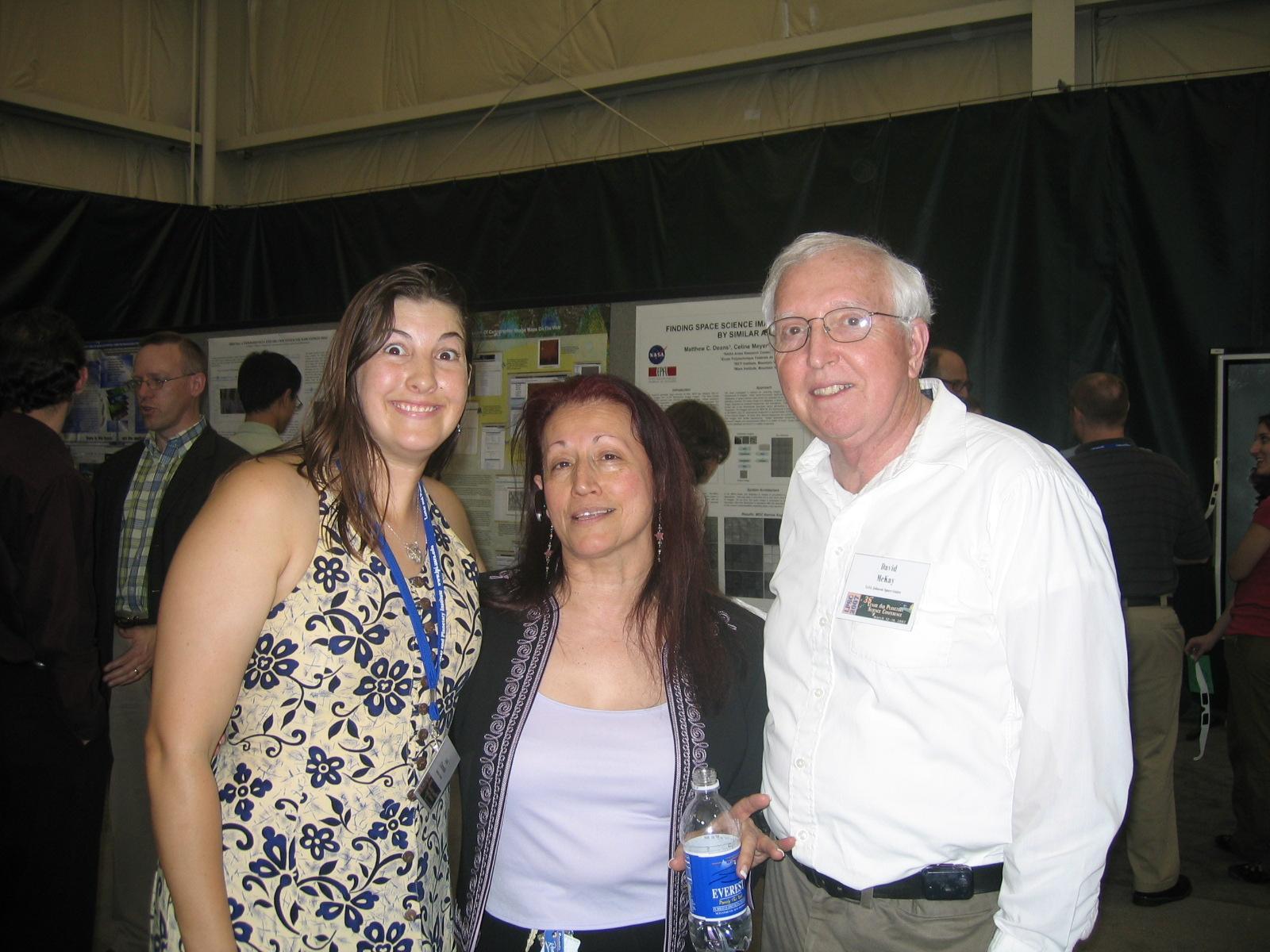 David was a jewel of knowledge and was kind to all he knew. He assisted me with my family and career for the 22+ years I had the honor to know him and his family. He was a wonderful mentor and his wife was never shy to critique and I've always appreciated their comments and help. My heart goes out to David's family and the science community for their loss.
BeBe Kelly-Serrato
February 22, 2013
My condolences to the family. I did not know David but felt compelled to send this message thanking him for his dedication and contributions.
Roger A. Burkhalter
February 22, 2013 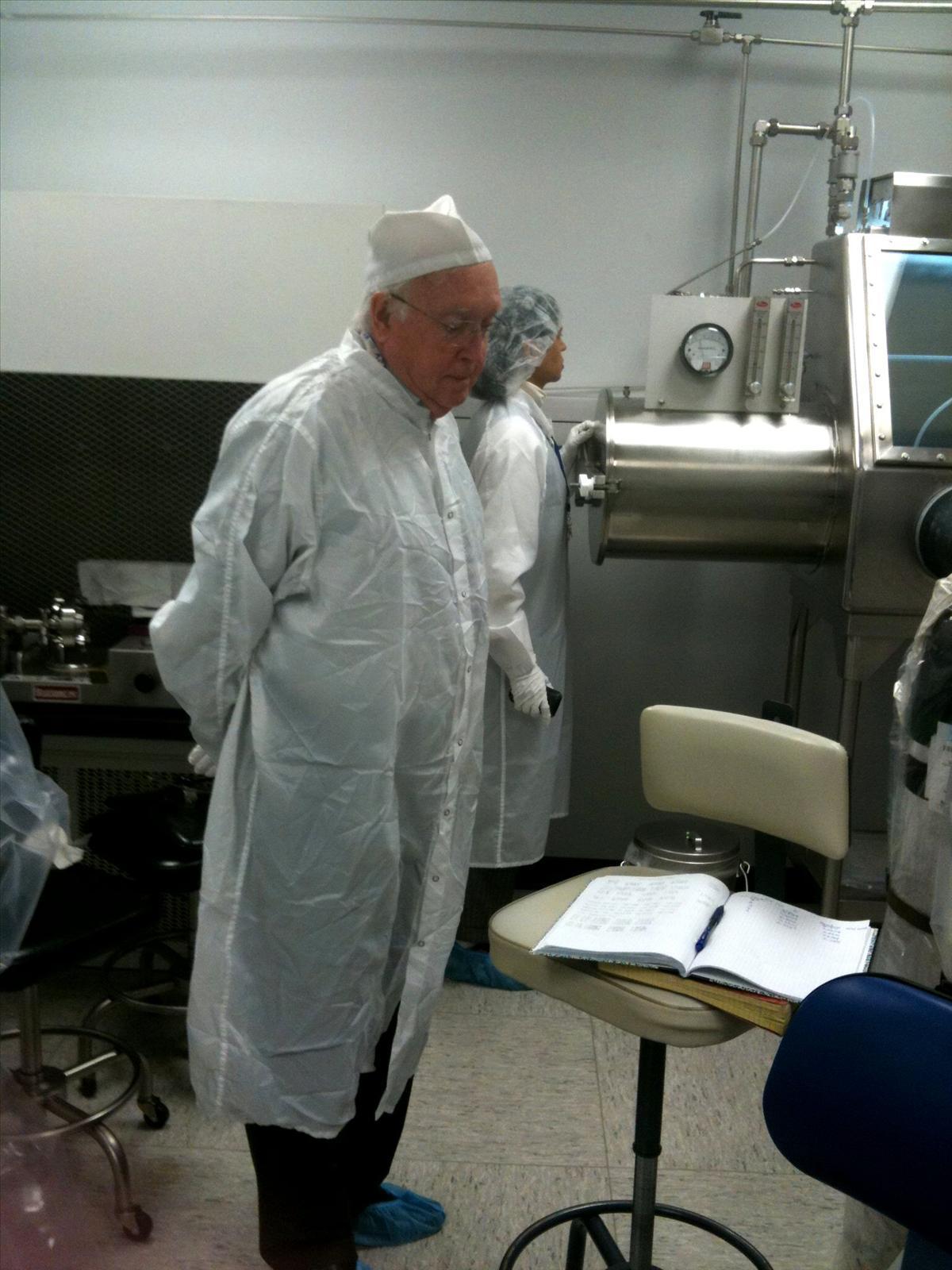 Dave will be missed; he was a great mentor and helper to me throughout my career in lunar science.
Bonnie Cooper
February 22, 2013
Mary Fae and family-
I was shocked and saddened to learn of Dave's passing. He always seemed intellectually young and engaged in important work. He was always a smiling face and warm support for new ideas.
I wrote a short memorial here: http://lpod.wikispaces.com/February+22%2C+2013
Chuck Wood
JSC, 1980-90
Chuck Wood
February 22, 2013 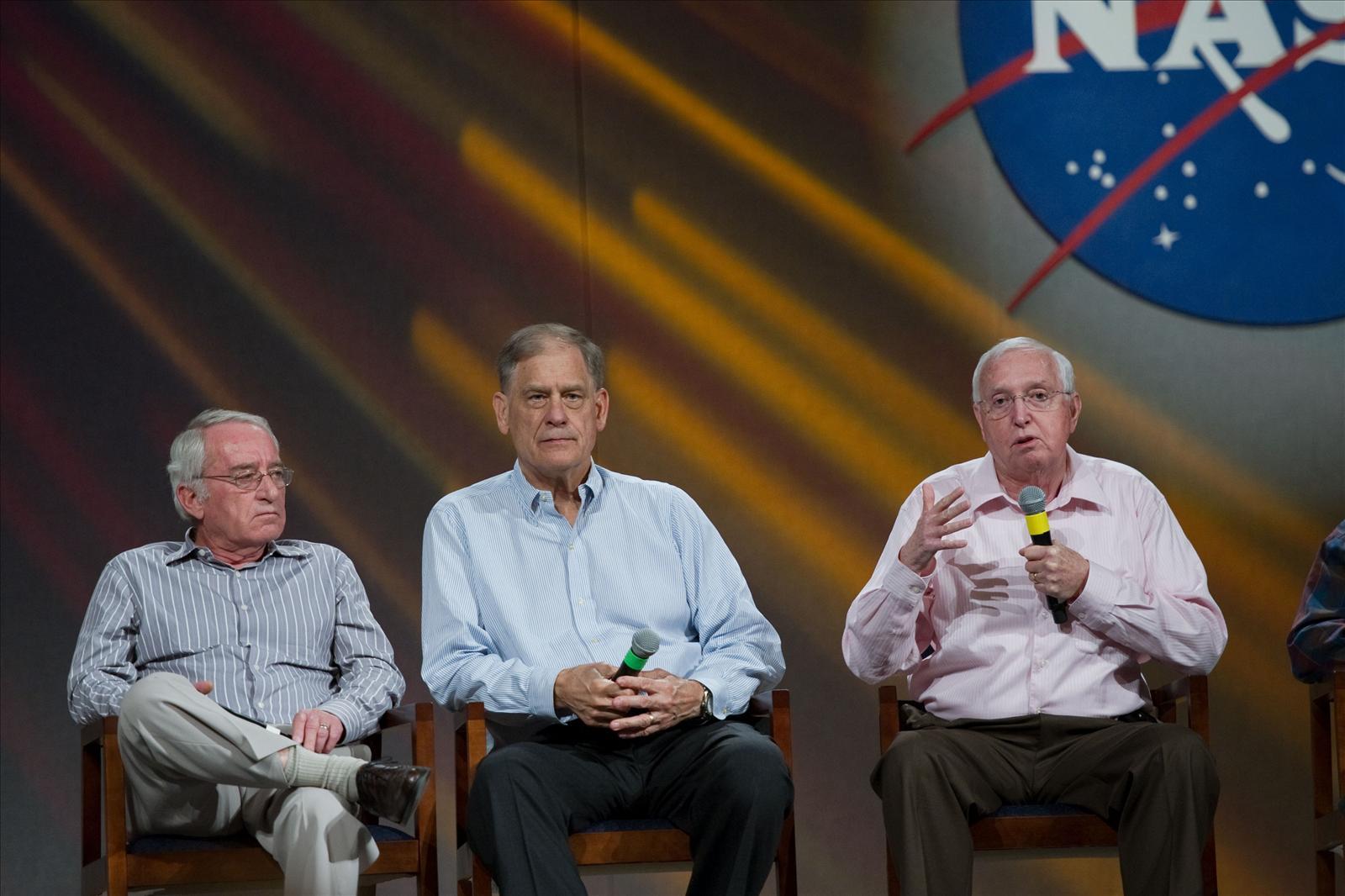 So very sorry for David's loss, and my sincerest condolences to the entire McKay family. We here in ARES are deeply grateful for his many contributions, and we will miss him very much.
Dave Draper
February 22, 2013
With deepest sympathy to Mary Fae, Amy, Susy and Jill. David will be missed but remembered admiringly by all who knew him.
Dolly Teasley
February 21, 2013
Showing 1 - 23 of 23 results