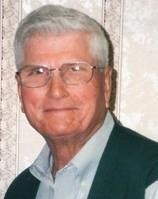 BORN
1930
DIED
2021
FUNERAL HOME
Forest Park Westheimer Funeral Home
12800 Westheimer Road
Houston, TX 77077
Donal Scott Bailey
1930-2021
Donal "Don" Scott Bailey, age 90, of Cedar Park, Texas, passed away unexpectedly in the early morning hours of May 7, 2021.
A native Texan, Don was born on October 9, 1930, in Gilmer, Texas. He was the third child and second son of Lela Pearl and Scott Littleton Bailey. He spent his youth working on the family farm and shared fond recollections of shooting his cousins with warm milk while milking the cows and playing 7-man football. He had a wicked sense of humor, and while he was driven and direct, he was also generous.
He graduated from Union Ridge High School in 1948 and attended Kilgore College until enlisting in the United States Marine Corps in 1951. He served as a Staff Sergeant and was honorably discharged in 1954.
Upon his discharge from the Marines, Don moved to Houston, Texas, where he was employed by Gray Electric until 1960, when he left to join his brother, Herb Bailey at Lighting, Inc., a family business based in Houston, until retirement.
Don married JoAnn Haynes on May 26, 1962. They raised their young family in Knollwood Village before settling in Missouri City, where they lived until moving to Cedar Park, Texas, in 2019. Don was an avid golfer who loved spending time at Riverbend Country Club. He spent countless hours golfing and playing gin with family and friends at the club. He was also an active member at South Main Baptist Church.
Don is survived by his wife of 59 years, JoAnn, their daughter and son-in-law, Theresa "Tess" and Don Fancher of Alpharetta, Georgia, their children, Andrew Fancher and his wife, Brittany, William Fancher, and Tate Fancher and their son, Scott and his wife Debbie of Cedar Park, Texas and their children Trenton Bailey, Travis Bailey, and Taylor Bailey. He is also survived by several nieces and nephews. Don was preceded in death by his parents, Scott and Lela Bailey, his brother, Herb Bailey, and his sister Oneida Clifton.
A Celebration of Life service will be held Saturday, May 22, 2021, at Forest Park Westheimer Funeral Home and Cemetery at 2:00 pm, with a reception to follow. A private burial will precede the Celebration of Life service.
To plant trees in memory, please visit our Sympathy Store.
Published by Houston Chronicle from May 16 to May 19, 2021.
MEMORIAL EVENTS
May
22
Celebration of Life
2:00p.m.
Forest Park Westheimer Funeral Home
12800 Westheimer Road, Houston, TX 77077
Funeral services provided by:
Forest Park Westheimer Funeral Home
MEMORIES & CONDOLENCES
Sponsored by Forest Park Westheimer Funeral Home.
2 Entries
Don welcomed me to Riverbend CC when I joined in 1987. He also introduced me to his Friday/Saturday golf group. RIP Don. We enjoyed your company at Riverbend CC. Hit them straight at Heaven CC
Larry Dannemiller
Friend
May 22, 2021
We will forever miss Don at our Thanksgiving table. I don't think we will ever eat sweet potatoes without a chuckle and smile in his memory. The Baileys have been in law family of ours and we are blessed by the strong faithful son they raised.
Mike and Kathe Melnikoff
Family
May 21, 2021