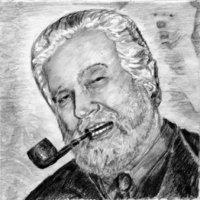 BORN
1947
DIED
2021
FUNERAL HOME
National Cremation
5400 Highway 6 North
Houston, TX
Frank Jeffrey "Jeff" Riggenbach
1947-2021
Frank Jeffrey Riggenbach, January 12, 1947 to January 24, 2021. Jeff was a journalist, author, editor, broadcaster, and educator. He was a pioneer of the libertarian movement and he authored five books in that field.
Education and Career
Jeff graduated from Pasadena (TX) High School; studied at the University of Houston and culminated his studies with a Master of Arts in Humanities from California State University, Dominguez Hills. Over a period of nearly thirty years (1966-1995), he worked in classical and all-news radio stations in Houston, Los Angeles, and San Francisco as a writer, anchor, producer, and book and music critic. He contributed articles and reviews to numerous daily newspapers, including The New York Times, USA Today, the Los Angeles Times, the Chicago Tribune, the San Francisco Chronicle, the San Jose Mercury News, and the Washington Times. He held staff writing positions on two of California's largest dailies, the Oakland Tribune and the Orange County Register, served as executive editor of the Libertarian Review and as managing editor of the Pacific Business Review, put in two years as the daily economics commentator for CNN Radio, and served as a contributing editor of several magazines including Reason, Inquiry Magazine, and Liberty Magazine. Throughout the 1980s, he produced the nationally syndicated daily radio program Byline. Since the dawn of the new century, he has written increasingly for publication on the Internet, most notably on LewRockwell.com, AntiWar.com, RationalReview.com, and Mises.org.
He has long been associated with various libertarian think tanks and foundations, creating, managing, or working on special projects for the Cato Institute, the Reason Foundation, the Center for Independent Thought, and the Ludwig von Mises Institute, among others. In 2005 he was named a senior fellow of the Randolph Bourne Institute, the parent nonprofit of the popular website, AntiWar.com.
Circa 1992 to 2015, Jeff forged a busy second career as a narrator of audio books on political, economic, and historical subjects for a number of producing organizations and audio publishers, most notably Blackstone Audio of Ashland, Oregon.
He influenced many young minds including his son Max Rigman:
"You were always larger than life. You had a brilliant mind. Your writing and commentary has brought inspiration to more people than you will ever know. Thank you for teaching me from a very early age to think outside of the box and to always question who 'they' and 'them' are. You were a radio personality, a writer, a professor, and a philosopher. I forever picture you in a comfortable chair with a tall glass of stout 'educating' any who would dare engage you in conversation."
Earlier protégé Anthony Gregory, now a post-doctoral Research Associate at Brown University:
"Jeff influenced me quite personally in important ways, starting when I met him in late 2002, my last year as a Berkeley undergrad. I began attending his famous Beer Busts, monthly parties hosted by Jeff and his wife Suzanne, at their apartment in the San Francisco Tenderloin District. It was there that I gained a fondness for dark ales and long conversations into the night about politics, history, and culture. Jeff rapidly became a dear friend with an enduring impact on my worldview and career."
Earlier protégé Cory Massimino:
"Jeff was cynical, yet warm. Irreverent, yet passionate. He reveled in discussing the important issues, from metaphysics to politics to science fiction to drugs. And despite all the health problems he was combating in his final years, he could go toe-to-intellectual-toe with the best of us no matter the topic."
Family
Jeff was the eldest of 4 children born to Dorothy Miller Riggenbach and Frank Riggenbach. Among his family and friends Jeff was affectionately known as Mr. Bear, Professor Bear, Dad, Son, Pappa Bear and "Brudda." His remarkable mother Dorothy is approaching her 100th birthday. Jeff was born in Detroit and grew up in Pasadena, Texas.
He is survived by his wife Suzanne, his mother Dorothy, siblings Dwain and wife Dawn Riggenbach, Cindy and husband Mehdi Mazaheri, Garth and wife Debbie Riggenbach, son Blaine Streeter and wife Vicky, son Max and wife Alyson Rigman, half-brother Mark and wife Polly Riggenbach, of Elk Grove, CA. and grandchildren Kristen Streeter and husband Chris Ibarra, and Kimball and wife Elizabeth Streeter and former wives: Pat Streeter and Leslee Newman. Jeff was preceded in death by his father Frank Riggenbach, his half-brother Matthew Riggenbach, and his aunts Elizabeth "Zib" Miller, Margaret Ann Miller and Maxine Riggenbach Myers. He is also survived by many nieces and nephews located in these cities in Texas: Houston, Wimberley, West Columbia, La Porte, Midland/Odessa, Trinity, Tomball, Spring; also, Louisville, KY and Sacramento, CA areas.
After a lengthy illness with end stage renal disease and other medical complications, he departed Mother Earth at home while under hospice care with his beloved wife Suzanne and feline Maggie at his side. The start of his journey was peaceful.
Jeff was grateful for all the Facebook and email messages. No memorial service is planned at this time. Jeff's ashes will be scattered in the San Francisco Bay Area.
Jeff left a lasting legacy through his work, and through the many lives he influenced.
Published by Houston Chronicle on Mar. 7, 2021.
To plant trees in memory, please visit the Sympathy Store.
MEMORIAL EVENTS
To offer your sympathy during this difficult time, you can now have memorial trees planted in a National Forest in memory of your loved one.
Funeral services provided by:
National Cremation
MAKE A DONATION
MEMORIES & CONDOLENCES
Sponsored by National Cremation.
1 Entry
Jeff was a brilliant scholar, writer, and speaker. To know who he was, just listen to his recordings. His great voice matched his great intellect. I will always remember him with deep respect and affection.
Pat Streeter
Friend
March 7, 2021
Showing 1 - 1 of 1 results