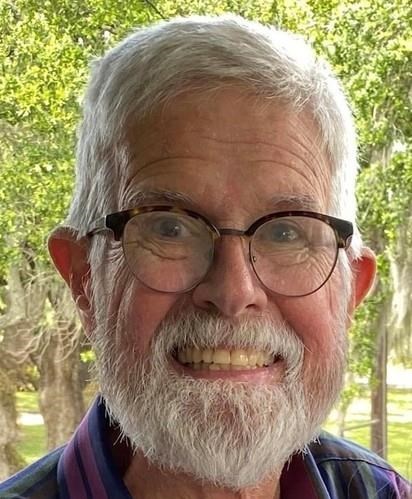 BORN
1950
DIED
2021
FUNERAL HOME
Heights Funeral Home
1317 Heights Blvd
Houston, TX
George "Stan" O'Neal
1950-2021
George "Stan" O'Neal was born on September 30, 1950 in Houston, Texas where he lived most of his life. He passed into his heavenly home where he was joyfully reunited with his daughter Ellen on November 14, 2021.
Stan graduated from Madison High School, and attended Sam Houston State University and University of Houston Downtown where he studied history. He retired after being employed for 30 years by various AT&T entities, including most recently as a systems consultant with Lucent Technologies.
He was married to his beloved wife Joellen Snow in February 1983. They had two daughters, Megan and Ellen, a step grandson, Ewan, and two grandsons, Liam and Harry. Stan's daughters and grandsons were the light of his life. He loved spending time with them whether it be hanging out at home in the Heights or at the creek house in Brazoria County, going to Astros games, having fun at the beach, skiing, or traveling to national parks and other exciting places throughout the country and beyond.
Stan was a very kind and gentle soul who always wanted to help others and never expected anything in return. Besides being a loving son, husband, parent, grandparent, brother, and uncle, he volunteered for many years as a counselor for the MD Anderson Children's Cancer Center's Camp Star Trails and Candlelighters Childhood Cancer Family Alliance's Camp CLIFF, where he was frequently assigned to the cabin with the youngest boys. He was also a longtime member of St. Mark's United Methodist Church. He participated in a mission trip to Haiti with other members of St. Mark's, as well as in many volunteer activities in the community.
Stan loved to travel. He and Joellen visited countries on six continents during their marriage. Two weeks before his passing, they enjoyed a wonderful cultural tour of San Miguel de Allende, Mexico. Stan also liked studying history (especially WW II), watercolor painting, and writing poetry. In his younger years, he loved to scuba dive and he completed approximately 10 Houston marathons.
Stan is survived by his wife Joellen, daughter Megan Taylor, grandsons Ewan, Liam, and Harry Taylor, brothers Mike O'Neal and wife Nancy, Kenneth O'Neal and wife Lisa, sister Sandra Stewart, mother-in-law Ellen Snow, brother-in-law J.H. Snow and wife Jamie, sister-in-law Edie Myer and husband Austin, and many beloved nieces and nephews and great nieces and nephews. He is predeceased by his father and mother G.W. and Glennis O'Neal, his brother-in-law Lee Stewart, his father-in-law Joe Snow, and his precious daughter Ellen who sadly died of brain cancer at age 7 in 2001.
A memorial service in Stan's memory will be held on Thursday, November 18, 2021, at 4:00 pm, at St. Mark's United Methodist Church, 600 Pecore St., Houston, Texas 77009. The service will be livestreamed at youtube.com/StMarksUMCHouston. In lieu of flowers, contributions can be made to Candlelighters, candle.org, or St. Mark's UMC for beautification of the courtyard which features a sculpture of Ellen, smumc.org. For further information go to heightsfuneralhome.com.
Published by Houston Chronicle on Nov. 17, 2021.
To plant trees in memory, please visit the Sympathy Store.
MEMORIAL EVENTS
Nov
18
Memorial service
4:00p.m.
St. Mark's United Methodist Church
600 Pecore St., Houston, TX
Funeral services provided by:
Heights Funeral Home
MAKE A DONATION
MEMORIES & CONDOLENCES
Sponsored by Heights Funeral Home.
0 Entries
Be the first to post a memory or condolences.