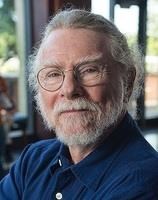 BORN
1943
DIED
2017
FUNERAL HOME
Houston Jewish Funerals
5455 Dashwood St.
Bellaire, TX
Ira J. Black
1943-2017
Ira J. Black, 74, passed away peacefully in his home on August 8, 2017. A native of Brooklyn, he was the oldest of two sons born to Emanuel and Rachel Black. After graduating from Brooklyn College, he returned to his own high school and taught English for several years. In the early 70s, he made the trek down to Houston, which would become his home.
An integral member of the Houston arts community for more than 40 years, Ira got his start as a classical music host on Houston's KLEF radio station. With an encyclopedic knowledge of fine arts and a great desire to share, for more than a decade he anchored several arts programs until the station switched formats in 1986.
Returning to his first vocation of teaching, he joined the faculty of Houston Community College Northwest, where he taught for more than 25 years. Thousands of students passed through his classes learning speech, theater, and interpersonal communications from a true authority.
Despite leaving radio, Ira never left the Houston arts scene, at various times acting; hosting the television program ArtWorks; and lecturing for the Houston Symphony, Houston Grand Opera, the Houston Ballet, and Gilbert & Sullivan Society of Houston, among others. It was at G&S' The Gondoliers just weeks ago that he completed his final lectures while simultaneously introducing his granddaughter to her first opera.
An active participant at Congregation Beth Israel for many years, he was a presence at every religious event, study session, social gathering, and Friday evening service. A long time member of the worship committee, he also went out of his way to mentor new members to the congregation. He conducted and supported the lay-led Shabbat morning minyan there for more than a decade. Last year, he was honored to be chosen as the congregation's Volunteer of the Year.
Ira is survived by his younger brother Jerome; two sons Adam (Pamela) and Seth; and three grandchildren Lily Jeanne, Ethan, and Austin.
Services will be held at Beth Israel Memorial Garden on Friday, August 11th at 1:30 located at 1101 Antoine, Houston, TX 77055. In lieu of flowers, donations can be made to the Musical Enhancement Fund of Congregation Beth Israel.

Published by Houston Chronicle on Aug. 10, 2017.
To plant trees in memory, please visit our Sympathy Store.
MEMORIAL EVENTS
Aug
11
Funeral service
1:30p.m.
Beth Israel Memorial Garden
1101 Antoine, Houston , TX
Funeral services provided by:
Houston Jewish Funerals
MAKE A DONATION
MEMORIES & CONDOLENCES
Sponsored by Houston Jewish Funerals.
10 Entries
We were actors together in a play about addictions named "Bad Habits" (1975 or 1976). Ira was the mad doctor and I was his helper. The play was done at the first theater on Main Street. Ira was very serious.
One evening when we were in "Ravenswood" it rained outside and people kept coming in and walked right through the stage. I angered Ira by asking "Doctor, what are these strangers doing in RAvenswood"?
Dieter Heymann
Coworker
April 23, 2021
I thought of Ira because of the hurricane in Houston and when I googled his name I sadly saw his obituary We were friends in New York in the early 70's and passed a summer going to musical performances and playing darts We shared a Thanksgiving together when Ira first moved to Houston and I believe he started the first opera station on Houston radio
So sorry to hear of his death My sincere condolences to his family
Elaine Kleinbart
August 27, 2017
Ira was a close friend in New York, when we were both studying for our PhDs at City University of New York. Carol and I visited him in Texas months after he relocated. I remember him as lively, humorous, and culturally sophisticated.

Richard Ned Lebow
Richard Ned Lebow
August 27, 2017
I just found out today.
My heart aches for his family and the Houston community.
We have lost a true treasure.
Lea Rabalais
August 17, 2017
Heartfelt condolences are extended to your family at this difficult time. Seek the love and support God provides to help you cope during this time - Psalms 29:11
August 15, 2017
Ira J Black's biography suggested he'd be a fish out of water in many Texas social settings, but regardless of the occasion he carried himself as if at ease in his well-appointed aquarium (excepting one camping effort of memory for which he was miscast but which revealed a commendable resolve.) He was a leavening agent at every gathering, which is somewhat ironic given that I first encountered him at a Seder meal. He could be forgiven if he enjoyed hearing himself talk -- would that others so afflicted had his nimble mind, vocal range, ready wit and treasury of miscellany. His personality was suited for the great hall, which perhaps made things difficult for those in closer confines. The world is poorer without him. May he rest in peace. Condolences to my nephews Adam & Seth, two good men who made their father proud and who now must bear such a loss.

Will Fagan
August 11, 2017
Sorry for your loss may you you draw much comfort from God's word at Hosea 13:14. L Ohio
August 11, 2017
I met Ira at Melton School classes at the ERJCC. You could always count on him to contribute to the discussion and often to liven it up! He will be missed.
Marge Leventon
August 10, 2017
Our condolences to Adam and Seth...Uncle Brian and Aunt Roz
August 10, 2017
MY CONDOLENCES TO THE FAMILY OF IRA BLACK. HE AND I TAUGHT AT THE HOUSTON COMMUNITY DURING THE SAME TIME PERIOD. HE WAS VERY RESPECTED FOR THE QUALITY OF HIS CLASSES, HIS CARE FOR HIS STUDENTS, AND HIS CONGENIAL PERSONALITY.
WILLIAM ASKEW
August 10, 2017
Showing 1 - 10 of 10 results