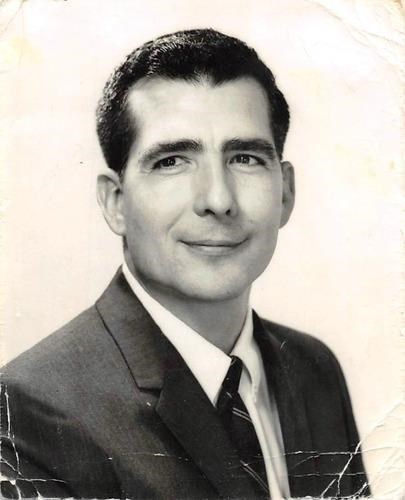 BORN
1933
DIED
2021
FUNERAL HOME
Klein Funeral Home - Tomball
1400 West Main
Tomball, TX
Jack Allen Brewer
1933-2021
Rev. Jack Allen Brewer, 88, passed away peacefully of Alzheimers on Nov. 19, 2021 in Tomball, Texas. He was born April 13, 1933. In 1953, he married his high-school sweetheart, Carolyn Wright who he called his "golden-haired girl." They were married for 68 years.
After serving in the Air Force, Jack completed college and seminary and then served as a Youth Minister and Education Minister (including Tallowood Baptist Church in Houston). He then became the first Executive Director of Boy's Country and Girl's Country of Houston where he served from 1971 until his retirement in 1993.
For more information please link to http://www.kleinfuneralhome.com/obituary/jack-brewer
In lieu of flowers, please send donations to Boy's and Girls Country of Houston, 18806 Roberts Rd, Hockley, TX 77447.

Published by Houston Chronicle on Nov. 22, 2021.
To plant trees in memory, please visit the Sympathy Store.
MEMORIAL EVENTS
To offer your sympathy during this difficult time, you can now have memorial trees planted in a National Forest in memory of your loved one.
Funeral services provided by:
Klein Funeral Home - Tomball
MAKE A DONATION
MEMORIES & CONDOLENCES
Sponsored by Klein Funeral Home - Tomball.
4 Entries
Mr. Brewer was also my youth director while attending church at Tallowood Baptist Church. I actually babysat a few times for the Brewers. They lived around the corner from where I lived in Spring Branch. Your mother wore her beautiful red hair up in a french twist. I always thought she was so pretty. They were the sweetest couple, and he was such a good man! 68 years is a very long time and a true testament to their love for each other. I am very sorry, but know that Heaven is a better place with him there! Kathy
Kathy Lynn Meyer
Friend
December 19, 2021
Lisa, after reading your dad’s obituary I see where you got your gift for writing, and I wish I could have known him!
Mack Kearney
Friend
November 26, 2021
I am so sorry for your loss, but he´s resting now in the land of no more´s. Praying for your strength in Him
Deirdre Howard
Family
November 22, 2021
Jack and Carolyn were our youth directors at First Baptist in Tulia, Texas in the 1960's. I remember vividly the welcome reception he organized for me when I moved there and the personal involvement in my life both there and later when we both lived in Houston. He had a heart for the Lord and others and made a marked difference in so many lives. God bless Carolyn and his family. From one of your greatest admirers, Renee Fast Heathcott.
Renee Fast Heathcott
Student
November 22, 2021
Showing 1 - 4 of 4 results