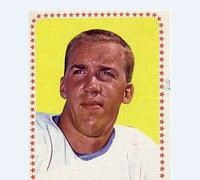 BORN
1938
DIED
2016
Jack (Jacky) Ross Lee
1938-2016
Jack (Jacky) Ross Lee, age 77, went to be with his Lord and Savior Jesus Christ on May 2nd, 2016 after a long battle with Alzheimer's disease. Jacky was surrounded by family and friends as he passed. Jacky is survived by the love of his life for 57 years, wife Joan Walker Lee; his sisters Nancy Watten (Dallas) and Susan Buratto (Portland); his children Jacky Jr. and his wife Misty Fontaine (Bullard, TX), Scotty and his wife Lisa Murray (Houston), Randy and his wife Kristen Estes (Houston); his grandchildren Ross-23 & Linden Lee-21 (Jacky Jr.), Tyler-22 & Miranda-19 (Scotty) and Walker-18, Georgia-15 & Rivers-9 (Randy).
Jacky Lee was born in Minneapolis on July 11, 1938 to Alice & Ori Tyler Lee. His family moved to Akron, OH for Jacky's high school years where he attended Ellet High School. Jacky played multiple sports at Ellet High School and graduated in 1956. In 1957, Jacky went to the University of Cincinnati to play baseball and football. He was the team MVP and an All-Conference Quarterback for the Bearcats in 1958 and 1959. He also won the MVP of the 1960 Senior Bowl. Jacky was inducted into the University of Cincinnati Hall of Fame and the Ring of Honor at Nippert Stadium in 2007. The UC football locker room is also named after him.
During his junior year at UC, he met UC Cheerleader, Homecoming Queen and future wife (Joan Walker) in the library one evening. The story goes that the book Jack was "reading" was upside down the entire time. Even though Joan had a serious boyfriend at the time, Jacky told Joan that he was going to marry her. They got married on December 23, 1960.
In 1960, Jacky was drafted and signed with the Houston Oilers. He was their 1st QB ever drafted and eventually set up his permanent home in Houston. While remaining intensely dedicated to his family, Jacky spent the next 10 years playing pro football with the Houston Oilers, Denver Broncos and Kansas City Chiefs. A few of his career highlight included passing for 457 yards against the Boston Patriots in 1960 and combining with George Blanda for 38 passing touchdowns in 1961 which were both league records. While playing for the Oilers, Jacky completed a 98 yard touchdown to his future neighbor and long time golfing buddy, Willard Dewveall. Jacky claims he threw it 80 yards, Willard said it was a screen pass.
In 1964, Jacky was the only player to ever be "lend-leased" in the AFL or NFL. The Oilers loaned him to the Denver Broncos for 2 years with a contract that said he had to return to the Oilers after that time period. While in Denver, Jacky threw for 370 yards in one half of a game against the Oakland Raiders.
Jacky played his last 3 seasons with the Kansas City Chiefs and was part of the Super Bowl winning team in 1970.
When his football career was finished, Jacky started a 35+ year career in commercial real estate with his great friend and loyal business partner, Bill Marlin.
Jacky was always passionate about his golfing, hunting and fishing where he could spend quality time with his family and friends. He was completely dedicated to his wife and three boys while attending every one of their sporting events possible.
Jacky & Joan were long time residents and members of Champions Golf Club until Jacky became a founding member of Lochinvar Golf Club where he later served as President of the Board. Jacky spent many days playing golf, fishing and shooting his trusted .22 at Lochinvar Golf Club with his buddies. The family would like to express our deepest thanks and complete gratitude to both Champions Golf Club and Lochinvar Golf Club for their sincere support of Jacky during his later years.
Jacky was also a long time board member and former President of the Trans-Mississippi Golf Association. Jacky and Joan enjoyed many fun times with his fellow Trans-Miss board members.
Jacky, Joan and their beloved black Labradors have spent the summers for the past few decades in Mt. Desert Island, Maine. They loved hosting friends, family and specifically grandkids for most of the summer while consuming large amounts of lobster and blueberries. Jacky was also a private pilot and always loved to fly his plane back and forth to Maine each summer.
Jacky and Joan were members of Champions Forest Baptist Church.
There will be a private service to be announced at a later date.
In lieu of flowers, donations may be made to the following:
Boston University Chronic
Traumatic Encephalopathy
Center
CTE Neuropathology Fund
Attn: Lauren Murphy
72 E. Concord Street
B-7800, Boston, MA 02118 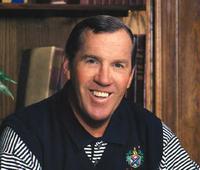 Published by Houston Chronicle on May 8, 2016.
To plant trees in memory, please visit the Sympathy Store.
MEMORIAL EVENTS
To offer your sympathy during this difficult time, you can now have memorial trees planted in a National Forest in memory of your loved one.
MAKE A DONATION
MEMORIES & CONDOLENCES
9 Entries 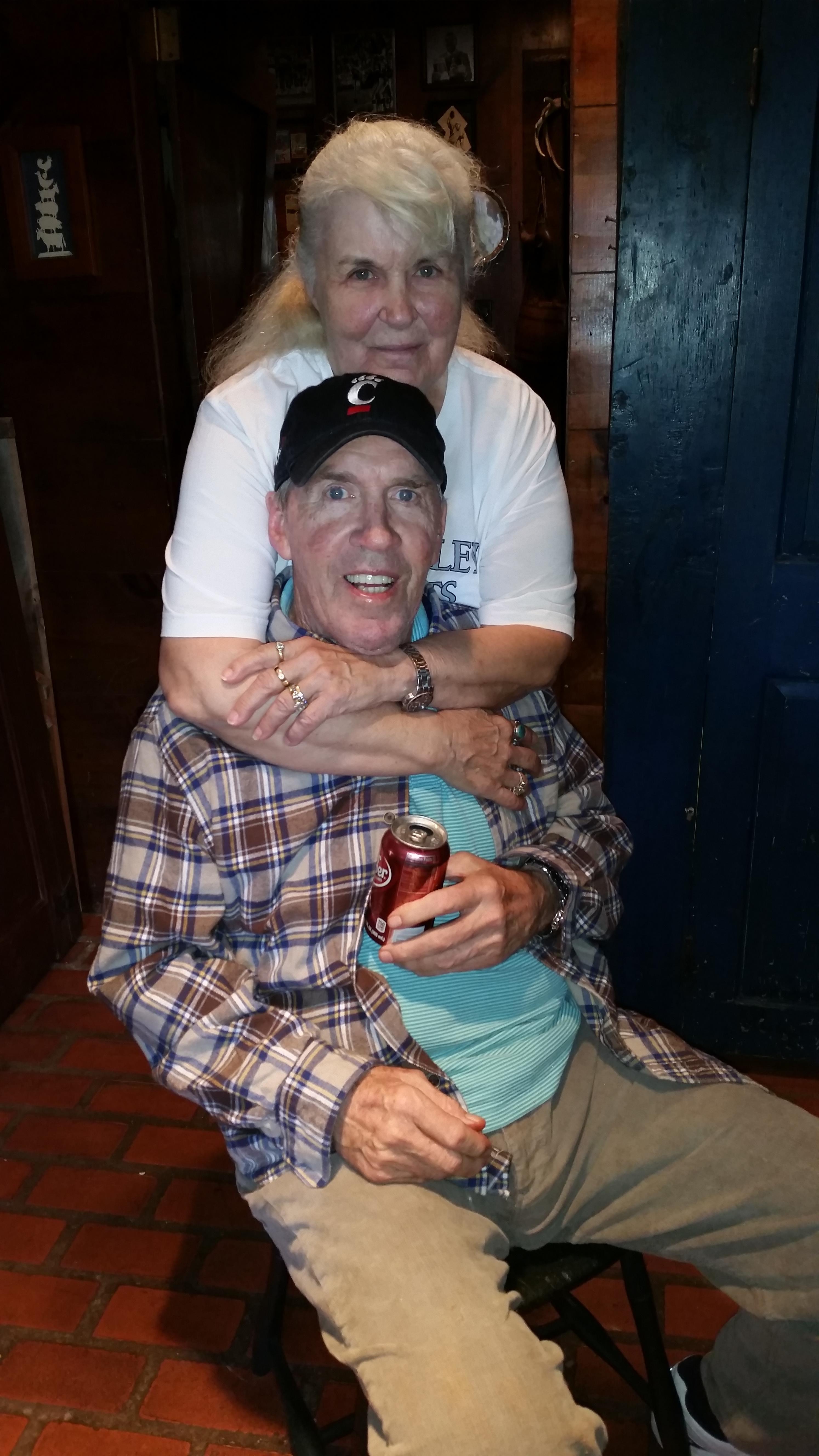 Rosario Martinez
May 12, 2017
So very sorry for your loss. My thoughts and prayers are with the Lee family. Spent many years as a child growing up with his children. Mr. Lee was an amazing father. My prayers are with you.
Lorrie Benjamin
November 5, 2016
Bill and I were sorry to hear of cousin Jack's passing. I have many great memories when our families got together in Minnesota. May the love of your family and friends help you in your grief.
Sally Junge
May 15, 2016
Dick and Sharon Zeches
May 15, 2016
Dear Joan and Family --

We were so so sorry to hear about Jack


He was such a kind man - and - always had a smile and a kind word for everyone.

Hope your happy memories will be a comfort in the difficult days ahead.

Jack and Barbara Nicklaus
Barbara Nicklaus
May 13, 2016
Save a place for me on your team up there!
I promise I'll do a better job of pass protection.
Sonny Bishop
May 13, 2016
My condolences to the family. May the God of all comfort sustain you during this difficult time. (Hosea 13:14)
JW
May 8, 2016
Dear Joan,
My deepest condolances to you and your family. I will always remeber the lovely visit Don and I had with you in Maine the summer of our East Coast road trip. I can picture so clearly sitting in the chairs on the lawn, enjoying the summer evening. Although I didn't know Jack well I know both of you were very special to Don and he always spoke of you both with such fondness. May all the happy memories sustain you and your family in the days ahead.
CarolSue
CarolSue Carlson-Jones
May 8, 2016
So sorry about Jack's passing. Mo and he were great friends and enjoyed their years playing for Cincy Bearcats. I know how sad u and family are. My prayers r with u and yours.
Suzanne. Tipton
May 4, 2016
Showing 1 - 9 of 9 results