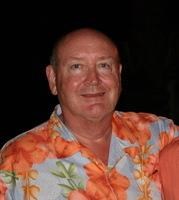 BORN
1942
DIED
2017
ABOUT
Marian High School
James Patrick "Pat" Malone
1942-2017
James Patrick "Pat" Malone, Sr. ,74, passed away on April 18th surrounded by family at his home in Houston, Texas.
Pat was born on October 15th, 1942 in Tulsa, Oklahoma to James Jerome & Cora Demorest Malone. They moved to Houston when Pat was sixteen where he attended Marian High School. He later attended the University of Texas at Austin where he earned his undergraduate degree in 1964. Just after graduation on June 13th, Pat married his high school sweetheart, Dorothy Garrison, at St. Anne's Catholic Church in Houston. In 1967 he proudly served our country for a one year tour of duty in Vietnam which had a profound impact on his life. Pat returned to the University of Texas at Austin and earned his Masters of Business Administration in 1970. He started his career at Pittsburg State Glass and later retired from Western World Foods where he was the Executive Vice President. Pat loved learning, reading, Texas football, Indian food, margaritas, but mostly he loved his family and his five grandchildren which were the highlight of his life.
Pat was preceded in death by his parents James Jerome & Cora Demorest Malone.
He is survived by his wife Dorothy Garrison Malone of Houston, daughter Jennifer Stevenson and husband Mark of Houston, son Patrick Malone and his wife Elizabeth of Dallas, grandchildren Haley and Harrison Hester of Houston and James, Jack and Winifred Malone of Dallas, sister Margaret Gelvin and husband Bill and their family of Virginia.
The family wishes to extend our sincere thanks to Dr. Joggy George for his dedication to our beloved PaPa's care. We are certain that his expertise and compassion allowed us more time together.
Pat will be missed as he was one of the strongest, most loyal, and loving husbands, father, brother, grandfather and son that anyone could ever hope for.
"And just at the moment when someone at my side says: There, he is gone. There are other eyes watching him coming, and other voices ready to take up the glad shout: Here he comes!" – Henry Van Dyke
Published by Houston Chronicle on Apr. 23, 2017.
To plant trees in memory, please visit the Sympathy Store.
MEMORIAL EVENTS
To offer your sympathy during this difficult time, you can now have memorial trees planted in a National Forest in memory of your loved one.
MAKE A DONATION
MEMORIES & CONDOLENCES
1 Entry 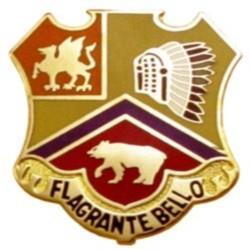 Pat was with the 1st Battalion 83rd Artillery in Vietnam from 1967-1968. On behalf of myself and the entire 1/83rd Association I want to offer our deepest sympathy to Pat's family. Pat will be in our prayers and will never be forgotten by his brothers in the 1/83rd.
Lest We Forget.
Bill Taggart
April 22, 2017
Showing 1 - 1 of 1 results