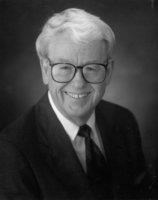 Published by Houston Chronicle from Sep. 20 to Sep. 22, 2021.
To plant trees in memory, please visit the Sympathy Store.
MEMORIAL EVENTS
Sep
22
Memorial service
2:00p.m.
Sanctuary of St. Luke's United Methodist Church
3471 Westheimer Road, Houston, TX
Funeral services provided by:
Geo. H. Lewis & Sons Funeral Directors
MAKE A DONATION
Please consider a donation as requested by the family.
MEMORIES & CONDOLENCES
Sponsored by Geo. H. Lewis & Sons Funeral Directors.
9 Entries
Jim was an amazing lawyer, leader, a champion for women in the law long before it became the "in thing". His honesty, legal brilliance and amazing wit and wisdom were a major influence in my career. God rest his great soul and let lawyers emulate and honor his contribution by living a full legal and human life as he did. Sheila Hollis
Sheila Hollis
Work
September 24, 2021
Susan and family, Such a life well lived, a remarkable man. Joe and I send our deepest sympathies to all of your family. You will be holding these memories dear, I know. These stories brought a smile too.
Melinda Abelk
Friend
September 23, 2021
Legend. Absolute legend. And just a fun, wonderful person to be around. His family will celebrate his life for years to come.
Charles McFarland
Work
September 22, 2021
Linda and family, We are so sorry to hear about Jim´s passing! We love all the McCartneys! Prayers.
Del Monte neighbors
September 22, 2021
"BOOG" great father, husband and colorful friend ..gosh, I will treasure and miss your friendship, laughter, wisdom, joy, fun of your trumpet, glorious laughter and your never ending interest of life. Cherryll and Bud, as well.
cherryll walzel frick
Friend
September 21, 2021
Mr. McCartney was one of my favorite attorneys to work with at Vinson & Elkins during my time there. He was kindhearted and had a wonderful sense of humor. Although it has been years since I knew him, I had tears in my eyes when I learned of his passing. All the best to his family and many friends.
Donna Corley
Work
September 21, 2021
just read Jim's obit. So many funny things, made me laugh. He was smart, witty, loving man.
Weezie Cooley Davis
September 21, 2021
The Mc Cartneys were our neighbors on Pine Hollow Lane in the mid 1950s and I had the very good fortune of visiting with him in the 1990s when I happen to be at Vinson & Elkins. I was there on another matter and took a chance to see if he was in... he looked exactly as I had remembered him some 40 years earlier. Having read his well written obituary, I wish I had stayed longer and gotten to know him better. God's merciful Peace to one and all Dub Sullivan
Walter ( Dub) Sullivan
Friend
September 21, 2021
My wife Dorothy and I send our deepest sympathies to Linda and Jim's children. Jim was one of my mentors at Vinson & Elkins LLP and I learned much from him. He was a very distinguished lawyer know nationally for his expertise in energy law. He argued and won cases in the United States Supreme Court and went years without losing any cases before the Federal Power Commission when it regulated the oil and gas pipeline industry. Jim was one of the senior partners at Vinson & Elkins for many years and the firm owes much of its success to him. Jim was also a gifted athlete in his younger years. I will miss him greatly.
Norman D Radford Jr
Work
September 20, 2021
Showing 1 - 9 of 9 results